Des Moines Metro Opera (DMMO) celebrated its 40th season with the Ruby Ball at the Scottish Rite Consistory downtown April 20. It was a gem of a gala. The lavish evening was styled after one of the season’s upcoming operas, “La Rondine.” It just so happens that this romantic and haunting opera by Puccini started DMMO on its incredible 40-year adventure, making it a natural inclusion for the 40th anniversary season.  I’ve never seen the Scottish Rite Consitory look so smashing! It was transformed into a glittering world of glamour and elegance and was a glorious backdrop for an operatic jewel of an evening. I loved the table centerpieces; Tracy Fuller with InnovativEvents captured the sparkle and glamour of the evening with the glowing tables and vases lit up with crystal lampshades on top. You felt like you were in Paris with Puccini.   Mais Oui!  “Ruby Ball” just screams for red attire and I was surprised at the dearth of red-hot dresses in attendance but, of course a few of us, (in keeping with the operative word “ruby”) were compelled to sport the cardinal colors!

I was delighted to emcee and serve as auctioneer for this, the DMMO’s first “Aria Auction” at the Ruby Ball. This was a novel fund-raising idea and for those opera hounds who know their opera oeuvres, it was a very special treat. Featured stars of the DMMO, Jan Corneliou, Elise Quagliata, Harold Meers and Todd Thomas, performed from previewed play lists and personally serenaded the highest bidders at their tables.  There were also many other great live auction items: fine dinner parties, wine collections, an NFL packages, a New York penthouse—all cool things to covet.  I was a busy camper up there keeping the bidding going. I didn’t get to sample much of the food, but I heard that Fleming’s Prime Steakhouse & Wine Bar did a great job with the patron party hors de ‘oeuvres and that Mike LaValle’s entrees were delicious and cleverly prepared to evoke the type of meal that the cast of “La Rondine” may have enjoyed in the South of France setting.

Après the auction, we all gave toast and tribute Dr. Robert Larsen, DMMO’s founder and artistic director emeritus.  He then proceeded to conduct the Simpson Choir in the “Major Chorus” from “La Rondine.” It was very moving magical moment. We are so lucky this special man had the vision and leadership to give life to the dream of bringing world-class opera and performing arts education to Iowa. Leslie Garman, Karol Nickell and a host of others put together a very impressive evening to honor him and celebrate 40 years of DMMO.  It was a night brimming with beautiful singing, delish food, daring libations and unparalleled entertainment and ambience.  Artistic director Michael Egel and executive director Karol Nickell thanked all the guests and before you knew it, we were swinging to the sounds of the Des Moines Big Band!  Now it was time to enjoy some of that fine Prosecco and cut a rug—what a great way to crown a jewel of an evening. Ciao for now! Check out the event photos here: http://mzwick.smugmug.com/Events/DMMO-Ruby-Ball-2012/22602988_rk2FnS#!i=1809736438&k=qwvbC2q

An Apple a Day Keeps the Dermatologist Away

Did you know that October is National Apple Month? According to Kerty Levy, president ... 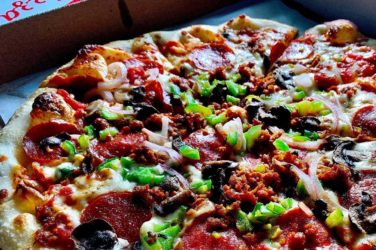 Dough Pizza Co.’s New York-style-crust pizza is one of the options you can order ... 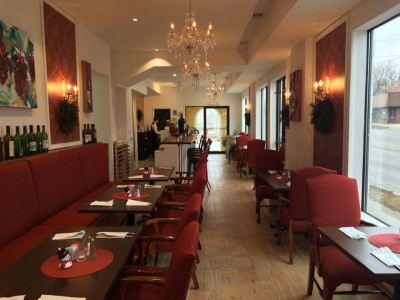