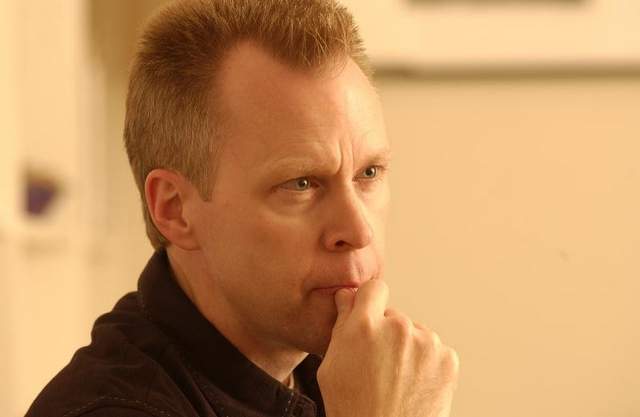 For Minneapolis composer Steve Heitzeg, the sculptures at the John and Mary Pappajohn Sculpture Park offer as much for the ear as they do for the eye. You’ll have a chance to see, or rather hear, what he means when the Des Moines Symphony debuts “Symphony in Sculpture” Sept. 29-30 to launch its 75th season celebration. Heitzeg composed the commissioned work.

To figure out how to portray the sculptures through sound, Heitzeg made several trips to Des Moines and immersed himself in the sculpture park. “Being in the physical space of what you’re writing about helps you understand the energy of the space and gives you a sonic reference,” the Emmy Award-winning composer says. “The sculptures are a fascinating medium for me. I wanted to capture the life of the sculptures themselves—how they breathe, how each is unique.  I wanted to honor them.”

After researching all the park’s sculptures, Heitzeg had a hard time deciding which ones to include in the composition. “I toyed with the idea of trying to do all the sculptures,” he says, but ended up focusing on nine of them. He says believed the choices “would work as a cohesive piece” and serve his goal to “represent sculptures from around the world.” The sculptures also reflect his personal interests and goals as an artist, which involve “making a positive statement about peace, the universality of cultures, and how as human beings we’re all connected,” he says. “That’s my responsibility.”

When he was ready to start writing, he put images of the sculptures on his piano, where he composes. No matter what he’s composing, he often starts writing with pencil and paper at the piano, but other times “I hear it when I’m doing something else,” like walking his Weimaraner. Sometimes he doesn’t hear the sounds at all but visualizes the way the piece should be written as notes “shift around in my head.”

Overall, he describes his composing process as “very fluid.” He doesn’t, for example, have a set number of hours or particular times in the day when he writes until “that intense orchestration (period). Then I’m working morning, afternoons, late evenings,” he says. Writing compositions, he adds, “is like being in a play for six months. You’re living in this world you imagine and sometimes it’s very hard to let it go.”

Heitzeg, who’s composed more than 100 works, says he strove for “Symphony in Sculpture” to have a “global feel.” So, for example, to evoke the “feel of a Japanese garden” for Yoshitomo Nara’s White Ghost, he incorporated a singing bowl, bells and bamboo wind chimes in the score, he says. For Louise Bourgeois’ Spider, a strings-only movement is in perpetual motion to reflect how spiders spin their webs. Deborah Butterfield’s horse sculpture (called Ancient Forest) inspired Heitzeg to create heavy drumming sounds that would suggest the thundering of Native Americans’ horses across the Plains as well as Alexander the Great leading an army on his horse, a nod to John Pappajohn’s Greek heritage (Pappajohn commissioned the work). The composition ends with Nomade by Jaume Plensa, a Spanish artist who Heitzeg says creates sculptures that show deep respect for human rights and different cultures yet also possess a playfulness that makes them accessible. “I wanted to make this movement welcoming and include instruments from around the world,” also reflecting the notion that all of us are nomads, he says.

Ultimately, Heitzeg says he hopes his composition “does the sculptures justice and connects with people in the community.” 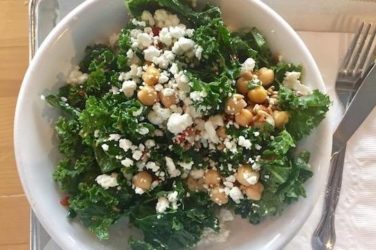 Bravo Greater Des Moines is chock-full of news this month: The arts council is ... 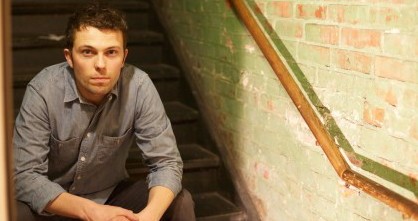 PREPARE TO BE ASTONISHED

Iowa City’s Nate Staniforth is gaining international fans by focusing on the wonder of ...