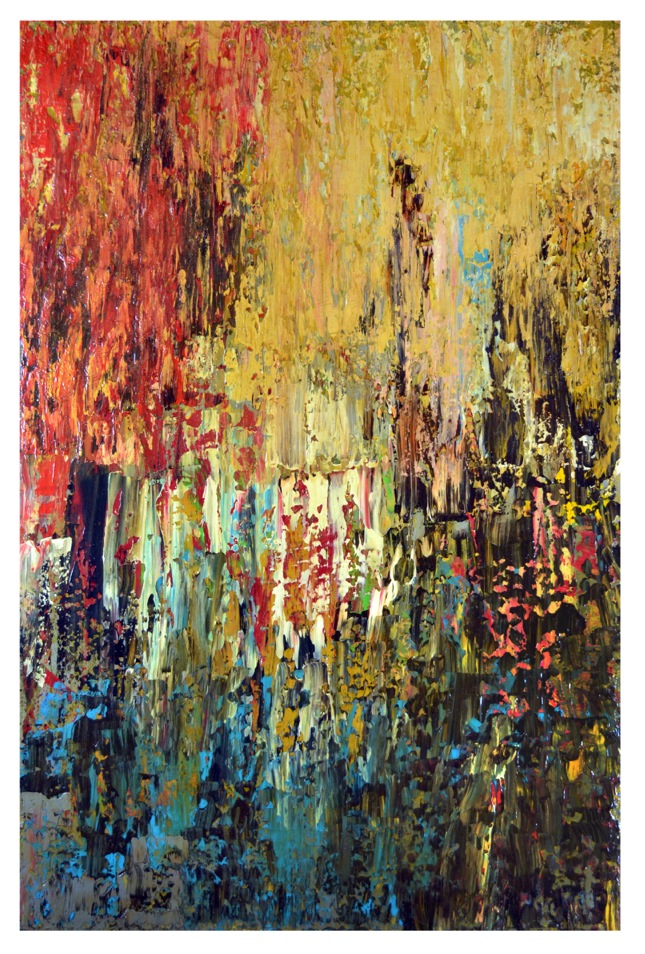 For Des Moines artist John Phillip Davis (johnphillipdavis.com), painting isn’t about what he wants to say, but about what the work wants to express. “I never have an inkling what the (work) will look like when I begin; each piece is its own journey,” he says. “You have to be receptive to having the painting tell you where it needs to go—to let it become what it wants to become.” He adds that when beginning a painting, “the first initial strokes set it in motion, but it can change two, three or more times from there.”

Sometimes the journey can take awhile. Davis, who works on as many as 10 to 20 paintings at a time, may spend six weeks to six months on a particular piece. He also builds the frames for his pieces. “I like to be involved in as many aspects of (the process) as I can,” he says. “It’s a ritual for me and I get a lot of joy out of it.”

Davis uses acrylics as a base, but adds other materials–ranging from wood stain to caulk and other adhesives–to give his pieces depth, texture and luster. He typically begins his works with bright colors but then layers darker earth tones on top; by the time he’s finished, many of the pieces have a texture of an inch or more off the surface.

Sometimes, the painting process even leads to an entirely different medium–sculpture. “Something in the painting will give me the idea for a three-dimensional piece,” he explains. Currently, his work is about 20 percent sculpture, 80 percent painting.

Most of his works on canvas are abstract. “The beauty of non-objective paintings is that viewers can bring their own narrative to the piece; they can feel a powerful connection,” he says. “I like viewers to bring their own emotions to the party.”

To mark his 15th year as a full-time artist, Davis is preparing for “Mass Effect,” a solo exhibit that will be on display at Moberg Gallery next spring or summer. The show will be a commentary on how mass culture is moving at such a rapid pace that it can leave people feeling overwhelmed and numb.

Next year also will mark the 20th anniversary of Art 316, the downtown converted warehouse where Davis and other local artists house their studios. Davis, who manages the building, says the tenants are “ramping up for a big affair next year” and also increasing promotional efforts. Located at 316 S.W. 5th St., Art 316 will host its 19th annual open house 5-9 p.m. Nov. 2. The success of Art 316, Davis says, is evidence of the local arts scene’s vigor. “I’ve shown in quite a few areas around the country,” he says, “and Des Moines remains a strong, supporting hub.” 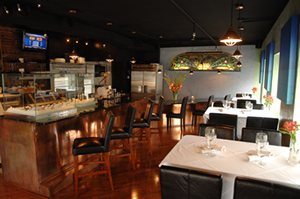 All Dressed Up (and Someplace to Go)

By Wini Moranville The scenario: Fabulously dressed, you’ve sampled your way through an appetizer ... 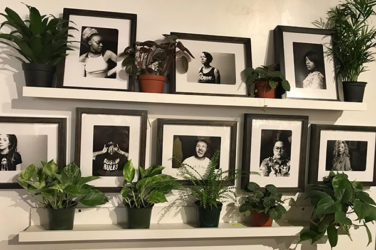