Spring fever. Who’s got it?  I know I do!  Since we’ve had the winter that would not die, everyone is ready for a seasonal warm-up. As a “HarBEEnger” of spring break, Orchard Place hosted its 11th annual Spelling Bee at Wooley’s in East Village last week.

I remember participating in the first Orchard Place Spelling Bee in 2003 when it was at Hoyt Sherman. It has evolved considerably from the original concept—it gets more and more wacky and fun every year, and the costumes get more creative. This year I kissed a real-live pig on stage! (He tasted a little like bacon. That was his name, too.) Wooley’s is a great venue, with a roomy stage for unusually garbed teams. This year’s sponsor was once again Nationwide. They always have a huge presence at the event with several teams entered to show off their orthographic skills. I emceed the evening’s festivities, costumed of course, as the compelling and compulsory, “Queen of the BEE.” I must admit, that after a couple of hours of sporting the beehive wig, I was itchin’ to take it off.

My duties were not just ceremonial: Eye had two enunciate the words, define and cheque for the correct spelling. They had two BEE letter perfect awl the weigh. What pressure! The teams were having more fun than an electric eel in a public bath and so were their cheering sections. (Could that have been the appletinis at work?)  I had super help from judges Katie Albrecht-Snell, Brandon Snell, and Kate Ross. They were instrumental in keeping time, and assigning the prize awards. Plus…it’s always good to know a judge.

We gave out tons of prizes from local businesses in drawings throughout the evening. Plus, prizes were awarded for Best Spellers, Best Costumes, Best Team Name, Best Cheering Section, and Most Money Raised, so the teams went all out with their zaniness quotient and creativity.  Here are the results of the night:

Champion spellers: The Cub-BEE’s: Annie Marchesano, Katherine Zerull, Rachel Klobassa, Amy Tiefenthaler, Rickelle Williams. They were last year’s reigning champs from Orchard Place/Child Guidance and they kept their title. They were also the biggest money-raisers of all the teams.

It was a great night for both Orchard Place, and Nationwide. They raised more than  $70,000! Mandy Schwarz and Nancy Bobo did most of the heavy lifting. A shout out to Corey Miller for his excellent job at keeping me on task and to Chris Maharry for his tireless photographic skills for so many Des Moines events. Check out his photos from the event on his site:

Hope you will get a team together for next year’s competition. Your company will have new respect for you! See you at the St Paddy’s Day parade! 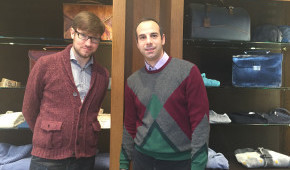 THE GOLDEN (AND ITALIAN) TOUCH 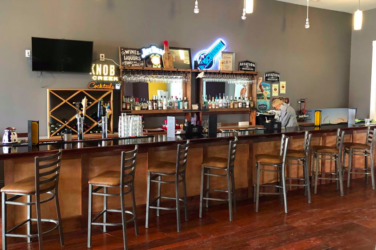 Here are a few items of note on the dining scene. By Wini Moranville If you’ve ever tasted fondue and thought, “What is all the ...