In its first three years, Iowa Public Radio’s (IPR) “Insight Series” has engrossed audiences with speakers ranging from famed foodie Lynne Rossetto Kasper to radio veteran Scott Simon, host of National Public Radio’s “Weekend Edition.” This season, however, the focus of the series has shifted. “We decided to move beyond speakers and try to give people more of an experience,” says Amanda Acton, IPR’s communication manager.

Case in point: Rather than listening to a speaker talk food, those who attend this season’s final event will get to taste food. Guests at IPR’s first-ever “Battle of the Chefs” March 27 at West End Architectural Salvage will sample the wares of chefs from Tacopocalypse, HoQ, Le Jardin, Embassy Club West and the Cupcake Emporium. Each guest will then cast a vote for his or her favorite, and the winner will receive $1,000.

What’s on the menu? “Chefs are playing it pretty close to the vest,” says Acton; however, the anything-goes nature of the event will surely be part of the suspense. How will a taco stack up against a cupcake, and how will both fare against the French-focused cuisine of Le Jardin, the painstakingly locally sourced food of HoQ and the detailed and precise artistry of Michael Bailey, chef of the Embassy Club? I imagine there will be some surprises.

The happy hour party starts at 5 p.m. The cost is $27.50, which includes samples from all the chefs and one drink ticket (craft beer will be served). IPR’s Studio One will provide the music, and the station’s “Talk of Iowa” host, Charity Nebbe, will be on hand to chat with guests. Proceeds from the event will go to Iowa Public Radio. Buy tickets online here or by calling 800-861-8000.

P.S.: Read my story about Embassy Club chef Michael Bailey in a past issue of dsm.

We Were There: The Little Morocco Pop-Up Restaurant

By Wini Moranville What makes pop-up restaurants so much fun for the diner makes ... 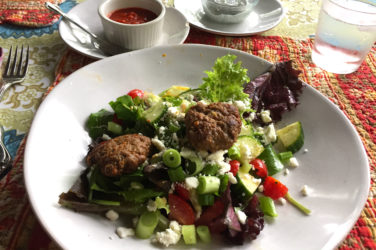 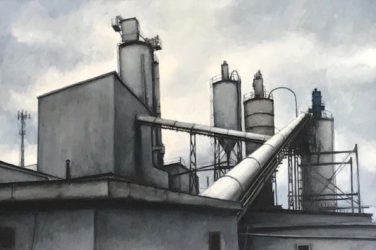