Nearly three weeks ago, Junior League of Des Moines hosted Capital City Follies at Hoyt Sherman Place, raising funds for the Lighthouse Host Home for Women. Those of you who have been integrated in the charitable space in Des Moines for the past 20 or more years likely recall the original Junior League Follies events of the 1980s – spandex, sparkles and (Richard) Simmons, galore. A show which united true talent and style, with acts of unique ability and humorous appeal.

The Follies were staged twice before—once in the 1980s and then in 1996, after which the Junior League decided to hang up the leg warmers for a while.

Fast forward to late fall of 2012. Junior League members Erica Axiotis and Lindsey Mollenhauer presented the idea of stepping away from the traditional gala, silent auction, routine golf tournament and 50/50 raffle as fundraisers for our women’s organization and resurrected the concept of the long-forgotten Follies.

I soon became a part of the Follies restoration committee and we held regular meetings more than one year out. We had women responsible for fundraising, a crew creating dance and talent routines, stage managers to oversee sound and lighting, a PR and marketing task force, and much more. Nearly 25 women were on our organizing committee; we were confident in every aspect of success.

While the idea of bringing a new (or refreshed) event to Greater Des Moines seemed both creative and collaborative, we found it difficult to gain immediate interest from sponsors and the general public. I will plug our presenting and co-presenting sponsors: Willis Auto Campus and Community Choice Credit Union, as they were bold enough to step up early on in support of our efforts.

As we neared closer to the finish line, it became evident that to reach our goals of filling Hoyt Sherman (1200 at maximum capacity), we would need to scurry. Many of us involved were active in fundraising and event planning for other organizations, and yet we couldn’t charge the train fast enough.

It certainly did not help that our event was slated in the heart of March Madness, and–while I was thrilled for my alma mater, Iowa State University–their Sweet 16 game took place just as the curtain was drawn that Friday evening. Several hurdles seemed to be even higher the week before show time.

The night of our event, we hosted 400-plus amazing guests and believe that everyone there left having enjoyed the experience.

I’ve had a few weeks to think about this, following the final curtain call. I’ve received multiple emails and phone calls of praise for our event, many social media shouts, and an increased awareness for what the Junior League of Des Moines does for women and children in need in our Central Iowa community. The magnificent Christopher Maharry captured our photographs that evening, later sharing with me that within 24 hours of posting our Follies album, there were 105,000 total clicks on the photos.

We may not have packed Hoyt Sherman, but we packed the hearts of many the night of our Follies event, as we raised significant funds for the Lighthouse Host Home for Women & Girls. We have dusted off a seed that just needs nurturing, sunlight and a refreshed spirit. Rest assured that Follies is back–spandex, sparkles, Spanx  (sorry, 1980s) and all. 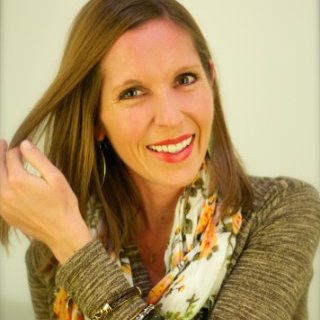 Like a late-night radio DJ, the Des Moines Community Playhouse is playing requests: At ... 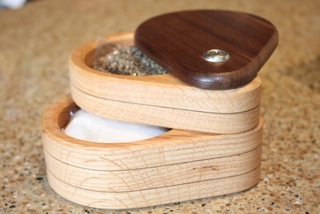 A while back, I received a lovely gift bag of spices from Allspice. Amid ...

Jazz in July celebrates its 30th anniversary this year, with 21 concerts–featuring classic jazz, ...