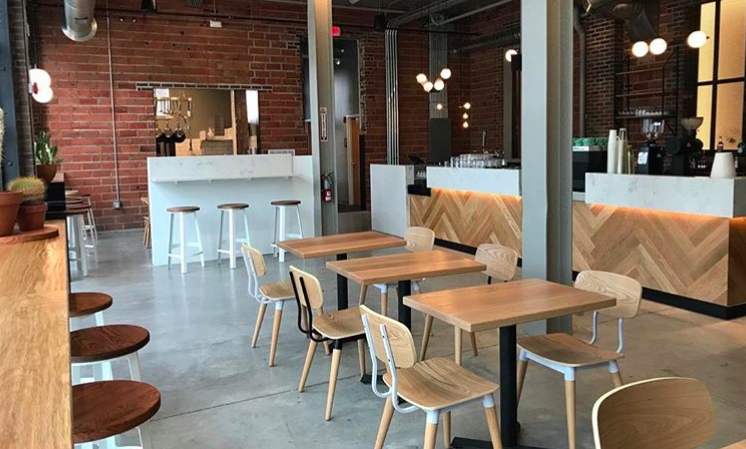 Above: St. Kilda Cafe and Bakery is located south of downtown at the corner of MLK and Southwest Fifth Street.
By Wini Moranville
Something I’ve noticed in my many years of reviewing restaurants in Des Moines: You can rarely get expert espresso drinks and a complete dining experience in one sitting. Frankly, I can think of no venue with the whole package: a full bar, an extensive and talented kitchen, dedicated table service — and a serious espresso machine.

That’s finally about to change today (May 30), when St. Kilda Cafe and Bakery is set to swing open its doors. Having recently toured the space, here are five reasons I already admire the concept:

* They’ve thought through the sight lines: Custom white-oak tables and a midcentury modern aesthetic brighten and lighten the space, a former furniture warehouse with exposed brick and original concrete and wood beams. The duo told me it was their priority that no matter where customers sit, they will have a pleasant design element in view.

* They’ve hired a chef who understands the concept: The chef is Brian Malone, who worked at Stomping Grounds in Ames — a coffeehouse-restaurant that also serves dedicated food. “I immediately understood what they’re trying to do,” said Malone, who’s also cooked in Omaha, the Pacific Northwest and New Zealand. The breakfast and lunch menu, served all day, includes fresh ideas such as beet-hummus toast, country smashed peas and eggs, coriander shrimp burger and roasted beet and blood-orange salad. An array of baked good will also be available.

* They hate “to-go” containers: Fresh, thoughtful, high-quality food rarely comes in gargantuan portions. So I was immediately heartened when the duo mentioned they hate the whole idea of to-go containers. Yes, you can get one if need be, but they emphasized that their food is designed and portioned to be enjoyed in one sitting.

* They’re dedicated to service: “Alex will be on the floor six days a week,” Whitney says. “He loves the hospitality industry and connecting with people.” The couple also said that many staff members in the front of the house have worked together already, and have “a sense of teamwork and camaraderie already in place.”

St. Kilda, by the way, is named for a beach community in Melbourne, Australia, where Alexander once lived and worked. The Des Moines cafe is located on the corner of Martin Luther King Jr. Parkway and Southwest Fifth St.; 917-463-9065; stkildadsm.com.

StageWest Theater Company will present “Bill W. and Dr. Bob,” the story of the ... 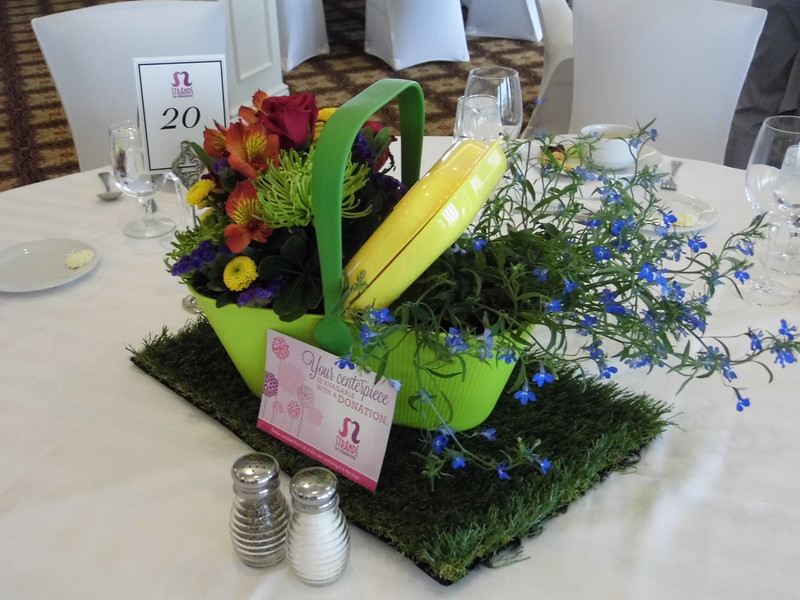 By Wicker Van Orsdel Spring is a heart full of hope and a shoe ... 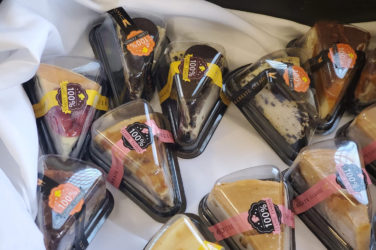 At The Table With The ‘Queen Of Cheesecakes’