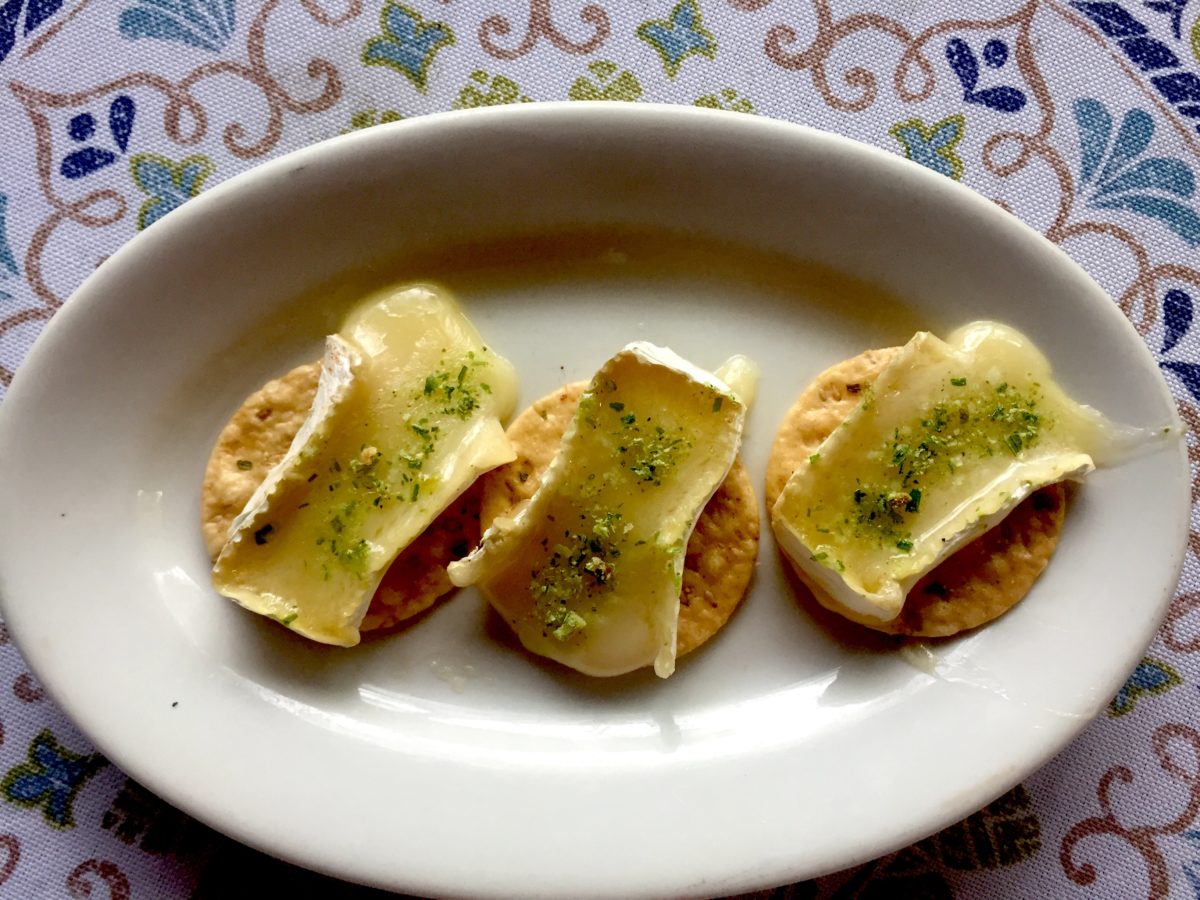 Above: Can-do canapés: some crackers, a slice of Brie cheese and the magic pixie dust of Fox Point Seasoning. Poof! Mind blown.
By Wini MoranvilleEvery once in a while, when invited, I do cooking classes and give talks on the various aspects of my food-writing/restaurant reviewing work. The best thing about this is meeting new people—especially those who, after the presentation, share with me a few cooking tips, food finds or restaurant discoveries of their own.That’s exactly how I found out about Fox Point Seasoning, a spice blend from Penzey’s Spices that I’ve pretty much gone mad for. An avid cook told me about this blend of salt, shallots, chives, garlic, onion and green peppercorns after I gave a talk to a local herb-lovers group. Though it’s named for Fox Point, a Dutch-settled village on Lake Michigan’s shore, I find the blend decidedly French. Green peppercorns add a subtle peppery flavor amid the herb and oniony angles brought by the other ingredients. Because it’s subtle, I don’t use it in red-meat dishes. It’s especially great on fish or chicken—slather on some olive oil and sprinkle on some of this seasoning before roasting or broiling. I most often find myself tossing a teaspoon or so of it into buttered pasta and new potatoes, or whisking it into eggs before I scramble them with a few bits of Brie cheese.In fact, I’ve found that this seasoning is particularly magical with Brie. Try it on my three-ingredient Brie canapés: Top a cracker with a thin slice of Brie no larger than the cracker; sprinkle a little Fox Point Seasoning on top of the Brie. Run it under the broiler (a toaster oven is especially handy for this) until the fragrance of the seasoning is released and the Brie gets melty, but not quite runny. It’s a simple, luscious bite for wine-down hour.Penzey’s Spices is at 4100 University Ave #108; 515-267-0777;  penzeys.com.Wini Moranville, who writes about cooking, wine and dining for dsm, is on Facebook at All Things Food DSM. 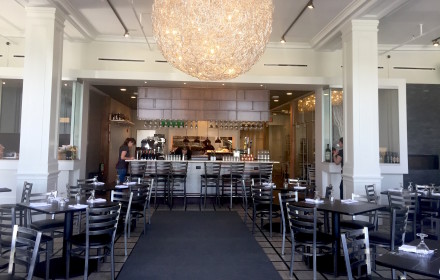 By Wini Moranville What struck me most about my inaugural visit to downtown’s +39, ...

HALLOWEEN ON THE HILL

Terrace Hill will welcome all manner of ghosts, goblins and ghouls Oct. 31 for ...

For Steve Carlson of Johnston, this year’s Restaurant Week delivered more than great meals at ...