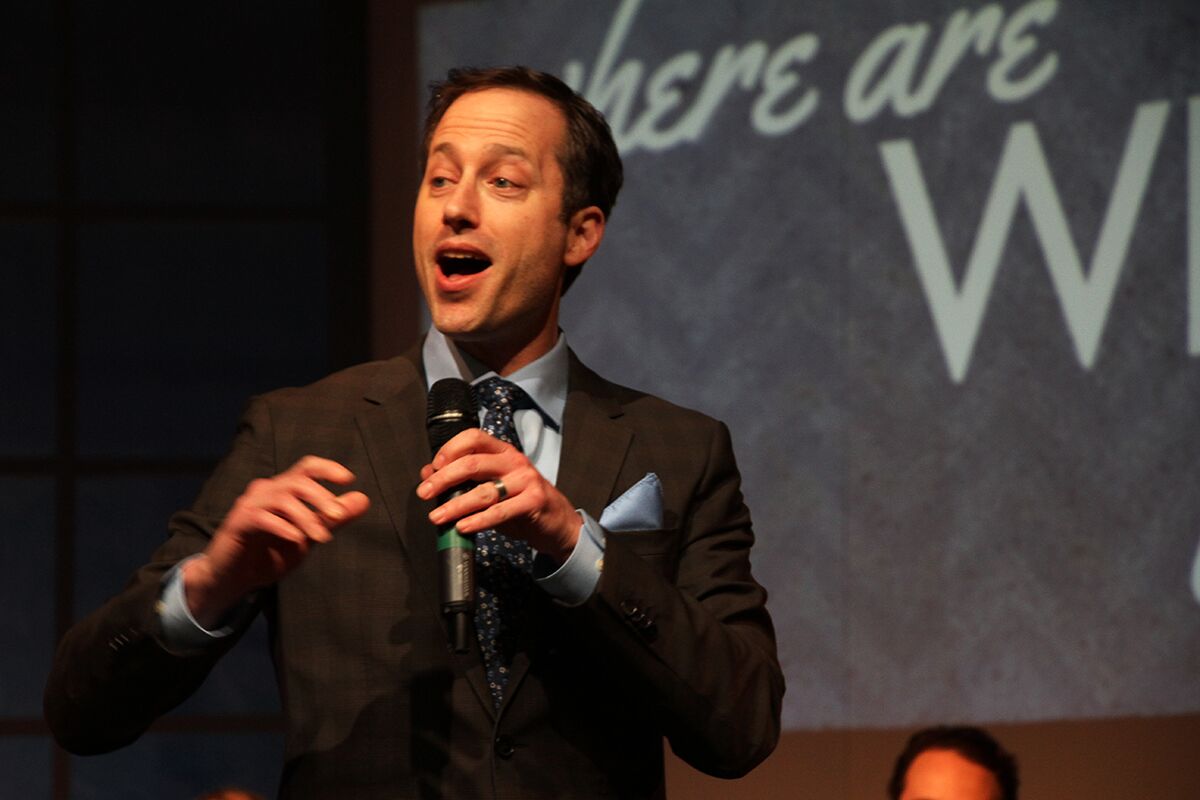 Above: Jonathan deLima portrays a charismatic pastor who leads a thriving megachurch. Photo: Andrea MarkowskiTheater Review by Michael MorainIs Christianity the only ticket out of hell?When that question sparks a debate during an evangelical worship service in Iowa Stage Theatre’s production of “The Christians,” the church leaders put the question to the congregation (otherwise known as the audience). Ushers pass around silver offering plates so folks can vote with slips of paper they received on their way into the sanctuary (otherwise known as the Des Moines Social Club’s Kum and Go Theater).The votes are tallied, the results announced, and the associate pastor walks out in shock, a stunned sheep cast out of the flock.The sudden rift sets in motion the rest of playwright Lucas Hnath’s and director Maxwell Schaeffer’s quietly provocative story, which wonders as much about eternal damnation as earthly differences of opinion. In any group—religious, social, political, you name it—how far can the group’s common ideals stretch to accommodate personal opinions? Exactly when in the course of human events is it necessary to declare independence? And what happens to the people who try to hold things together?“It’s starting to feel like our church has sprung a leak,” says the charismatic pastor (Jonathan deLima), who led the congregation from a modest storefront into a thriving megachurch, complete with a coffee shop in the lobby and a baptismal font as big as a swimming pool.DeLima could make a believer out of just about anybody. He strides down the center aisle in a tailored suit with the polished confidence of a trial lawyer and the sunny charm of Guy Smiley.But that easy smile fades as he wades in to plug the leak. It’s clear he loves his congregation, feels their pain and wishes he had easier answers. When their questions push beyond the limits of logic, he can offer them only his own version of faith.Thoughtful Christians are scarce in modern pop culture, but here in this 2014 script, the pastor is in good company. A church elder (Ed Barker) delicately asks whether the pastor might bend his message for the sake of harmony and, frankly, the church’s worrisome budget. The pastor’s demure wife (Jennifer Hughes) stands by her man in public but eloquently challenges him at home—where, oddly, the actors use their hand-held microphones even in bed.At one point she asks him a real head-scratcher: “Does absolute tolerance require tolerance of the intolerant?”Later, the hard-line associate pastor (Michael Clinkscales) explains in heart-wrenching detail how he watched his dying mother slip away before he could save her soul. Even at the end, she thought all his “Jesus talk” was “creepy.”Besides the rousing choir, led with conviction by Ben Allaway at the keyboard, the only other character is a single mom (the excellent Kim Haymes) who unloads her doubts in an emotionally raw testimony at the pulpit. She has relied on the church as a family but now that it’s splitting apart doesn’t know which group to follow, especially for the sake of her son. It’s hard enough to save one’s one soul, let alone someone else’s. On that point, at least, she and the pastor would agree. But there are tremors in their common ground.“There is a crack in the foundation of this church,” the pastor says. “And if we don’t fix it, it doesn’t matter how solid this building is. We will crumble and fall in.”“The Christians” starts at 7:30 p.m. Wednesday through Friday, 2 p.m. and 7:30 p.m. Saturday, and 2 p.m. Sunday at the Des Moines Social Club’s Kum & Go Theater. Tickets: $35 for adults, $30 for seniors and $20 for students; iowastage.org.

Grateful for the Grateful Chef

Get Your Patio Party-Ready

By Belle Du Chene  With summer approaching, it’s time to shift focus from ... 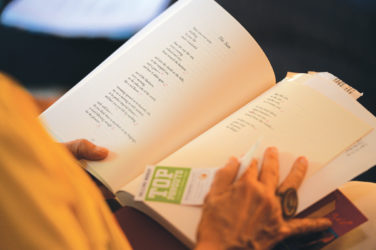 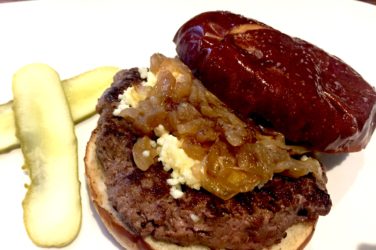