If that classic algebra exercise gives you the heebie-jeebies, imagine instead learning such concepts through the artistry of Celtic knots or the phases of the moon in Norway. Anthony Stevens (pictured, right) has inspired teachers to teach algebra in these unexpected contexts, though his personal approach is to use the patterned rhythms of African drumming.

“The student doesn’t just watch the hands of the [drumming] teacher and try to mimic their movements; they feel the pattern.” That observation was made in an article Stevens co-wrote for The Journal of Mathematics and Culture. “It is internalized. So it is with math and students once they’ve felt a ratio or a fraction via my drum.”

“Music and math are kissing cousins,” Stevens, 53, explains in his cozy, cramped office on the urban campus of Des Moines Area Community College, where he heads the department of psychology. “I’m also very interested in individualized learning styles.”

The Riverside, California, native got his first drum set when he was 4, after his parents repeatedly found him tapping on

boxes or overturned pots. His talent for math was evident early on as well; while riding in the car with his parents, he’d look at the license plate in front of them and start compounding the numbers.

In his teens, Stevens studied with Rick Steed, a protégé of Murray Spivack, the sound designer for the 1933 film “King Kong,” and trained with classical percussionist Bill Schlitt of Touchstone Films/Paramount Studios. He landed orchestra gigs with Cuban-born trumpeter and director David Jorge.

His academic pursuits missed a beat, however. Told by a high school counselor he needed just a D average to graduate, he played football and “partied like a savage,” he says, graduating with a 1.7 grade-point average. Still, he aced the SAT, though he lasted only one quarter in college before joining the Marines in 1983. He then earned a bachelor’s degree in psychology from California State-San Bernardino, won a statewide research competition in its pre-doctoral scholars program and moved to Iowa to pursue a Ph.D. at Iowa State, all in 1991. “That was a busy year,” he says.

In Ames, he says, he was “blown away” by the local band the Bone People, whose members asked him to play congas with them. A gifted trap set drummer, Stevens didn’t think much of congas at the time, but he agreed.

“I got onstage with these guys, and I realize, ‘This isn’t easy!’” he recalls. “Usually, drumming is just rhythm and timing, but this involved melody and rhythm simultaneously. I gained an immediate appreciation of hand drumming, and I realized I needed more technique.”

He turned to Chico Perez, a longtime professional musician and an Afro-Caribbean percussion teacher, for instruction while he continued to perform with the Bone People, as well as his own Afro-Cuban band, Vaya Con, and for Karen McLean Dade’s KUUMBA Multicultural Dancers.

Eventually, Stevens joined the Iowa Arts Council, where he met Sherry Gupta, who at the time, in 2003, was helping organize a multicultural day for her son’s elementary school.

“We were looking for 30-some cultural ambassadors and artists,” Gupta recalls. “At the end of the day, [Stevens] said, ‘If you ever do another one of these, call me.’ ”

Gupta did more than that: When she founded CultureAll two years later, she enlisted him as one of its “cultural ambassadors.” The organization’s ambassadors share 60 world cultures they represent with schools, communities and businesses. Stevens has given programs on African cultures and drumming across the state.

“Anthony once said to me, ‘If people aren’t dancing, it’s the drummer’s fault.’ For some reason, that explained Anthony to me,” Gupta says. “He reads the crowd and finds a way to connect with people, whether he’s performing or in meetings at CultureAll. He can identify what’s rubbing someone the wrong way and alleviate it, while also bringing in new light.”

That connectedness is at the heart of African drumming, Stevens explained in the article in The Journal of Mathematics and Culture: “Because rhythm is central to all life and living things, we can come to know the state of a person through it. The master drummer understands that intuitively. We are taught to find unity in the crowd we play to.”

That concept is a valuable teaching tool as well, he says. “I firmly believe that using situated cognition allows me to teach anyone anything,” he says, referring to the theory that knowledge is linked to the activity, context and culture in which we learn it, and that we learn best by interacting with others—for example, learning a language by talking with a native speaker versus reading a dictionary.

“The African drumming mantra, ‘If you can say it, you can play it,’ applies to all learning,” Stevens says. “Algebraic formulae are just sentences.”

Stevens, who teaches at Reiman’s Music in Ames as well as at DMACC, seeks to help students “be who they are.”

“I try to play the role of the African griot. My job is to teach kids about culture and about the drum,” he says, describing the historian, storyteller, praise singer, poet or musician in some African cultures who is often seen as a societal leader. “A lot of people have made me. I value that and am trying to return the favor.”

(The answer to the algebra exercise, incidentally, is two hours after the trains depart their stations.) 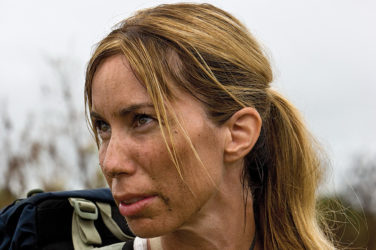 Dr. Mireya Mayor, a primatologist, is the first speaker on Thursday for the Celebrate! ... 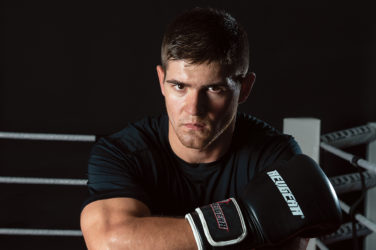 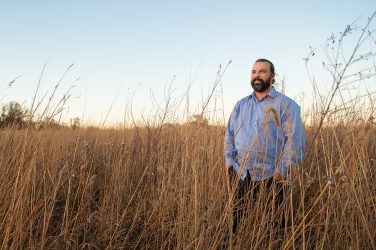