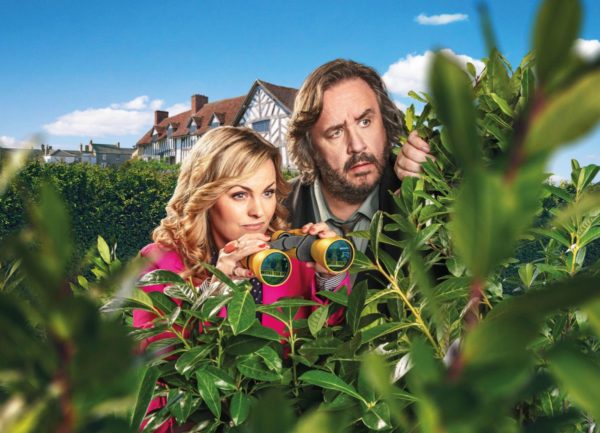 We suspect that many readers of dsm magazine are also fans of the British dramas aired on Iowa Public Television. Have you ever wondered how IPTV decides which programs to air? Learn the backstage secrets of that mystery Saturday, March 16, at 2 p.m., when the person and the process will be revealed in IPTV’s Maytag Auditorium in Johnston.You can also see an advance screening of the newest British drama, “Shakespeare and Hathaway”— no, not the bard and his wife, Anne Hathaway, although the setting is Stratford-upon-Avon. “Shakespeare and Hathaway: Private Investigators” presents hard-boiled Frank Hathaway and his rookie sidekick, Lu Shakespeare, as they investigate extramarital affairs, murderous magicians, abducted au pairs and other nefarious and dastardly deeds. The series will begin airing on IPTV on Saturday, March 23, at 9 p.m. For more information about the event March 16 and to reserve free tickets, click here.

A slick new online system is making it easier to match volunteers with leadership ...

The only thing that dismayed us about September’s “Symphony in Sculpture” world premiere was ...

The Art of Hanging Art

Nervous about hanging that new work of art you just bought? Or moving some ...