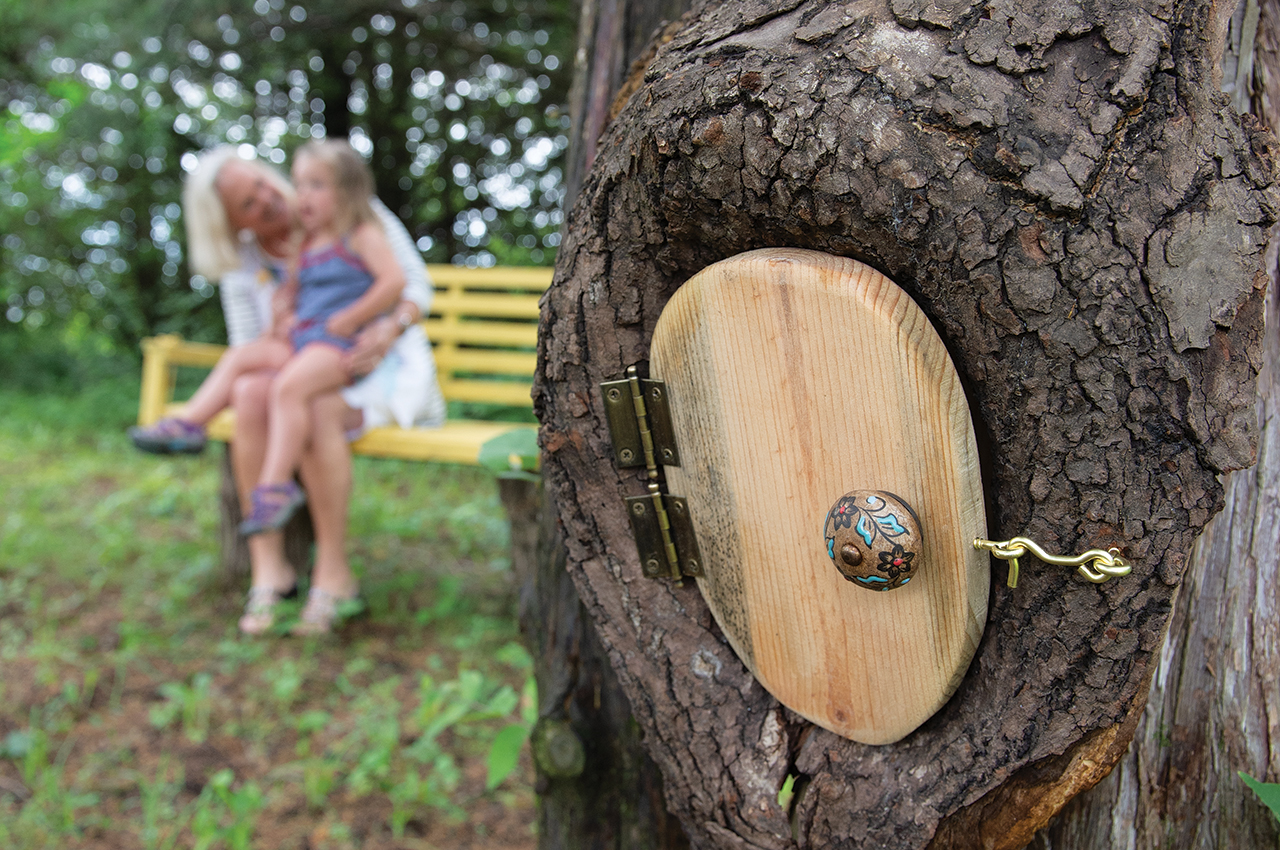 Above: A hiding place for Bilbo Baggins? Perhaps. A “hobbit door” in a hollow tree lends a whimsical touch to Ward and Laurie Phillips’ hobby farm. In the background, Laurie Phillips enjoys spending time with one of her granddaughters.

When Ward and Laurie Phillips were young parents, they dreamed of finding a plot of land where they could expose their two little boys to the joys of the outdoors. They created plenty of family adventures in and around Des Moines, but Ward, especially, was always looking for something more.

“No matter what we were doing as a family, it was fun—but I would always think, ‘Boy, it would be so much more fun if we were doing it out amid the rolling hills,’ ” Ward says. “I don’t think I probably ever stopped talking about how much I wanted land, and I know I never stopped looking for it.”

Ward can’t say for certain that his dreams ever led him in the direction of Derby, Iowa, about 50 miles south of Des Moines, but one day, he saw an ad that he knew was “the one.” “Forty acres—a stream for fishing, an expanse of land for hunting—I remember the words jumping off the page, and I told Laurie, ‘This is it. I don’t know or care exactly where it is, but we’ve got to go down and look.’ ”

The next thing Laurie Phillips knew, she and Ward were on the road to Lucas County, then jumping a fence and hiking a piece of wooded property. They were immediately enamored.

That was in 2001, and the Phillips boys were in middle school. Today, those boys are grown, married, and, each with two children in tow, are frequent visitors to the vacation getaway their parents have created, a wooded wonderland the family calls “The Farm,” complete with cabin, pond, bunkhouse, art studio and a hobbit door in a hollow tree.

The Phillipses weren’t alone in their longing for a rural getaway. Sarah Buller Bruns, a real estate agent with Re/Max Precision in Clive, says it isn’t unusual for clients to seek out hobby farms or a second home on a rural acreage, in the same way that others may yearn for a cabin at a lake. The trend has grown in recent years, possibly due to the popularity of such home-improvement channels as HGTV, she says.

“A lot of buyers dream of owning a little land and be part of the ‘fixer-upper’ lifestyle,” Bruns says. “I have clients who bought a hobby farm in Dallas Center, where they host ‘farm yoga’ in the summers to raise funds to restore their barn. They have goats, chickens and ducks; they make goat soap and bath bombs and other artisanal things.

I think the shows and magazines and websites drive home the point that the lifestyle is attainable for many people.”

Bruns says clients tell her that they, like the Phillipses, want to create homes that are “more than just a house” as a legacy for their children and grandchildren.

“For a lot of people, it revolves around how they’d like to raise their children. They see hobby farms, or large acreages, as places to teach their children about caring for land and maybe animals, and also about growing their own food,” Bruns says. “The farm-to-table movement has played a huge role in that, and suddenly you see people learning to raise bees for honey, goats for milk, and chicken for fresh eggs.”

In addition, she says, “as people consider unplugging for certain periods of time, a home-in-the-country lifestyle is a perfect backdrop. They also see hobby farms or other rural landscapes as safer places for children to play and maybe explore as they did when they were kids.”

For the Phillipses, the effect is almost magical. “You see this place and it really does look like it’s magic, someone’s idea of a cabin in a magic forest from a children’s book,” says Ward and Laurie’s oldest son, also named Ward. “Sometimes I think my girls probably assume everyone’s grandparents live in a forest with a door in a tree that you open and find candy and some sort of treasure map. The way my parents see the world is amazing.” 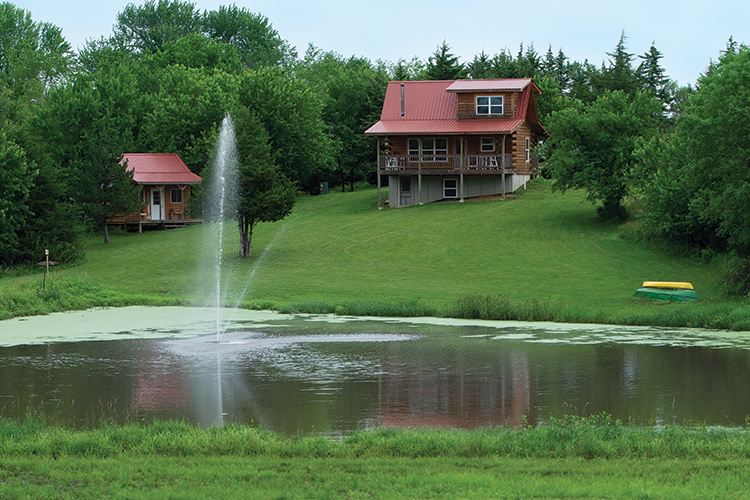 Indeed, the Phillipses have worked hard to cultivate the “magic” place that enthralls their four grandchildren. They started six years ago by hiring a company to bring in the logs for building a cabin. As much as they’d loved the years spent camping on their property with their boys, they were ready for something more permanent.

“There we were, spending our weekends working on the cabin,” Laurie recalls. “Those were long weekends—but fun. It was a place for us all to enjoy, but it will also be our legacy one day.”

They also ended up building a bunkhouse, as the cabin has just one bedroom. The home and its two covered porches look out on Ward’s gift to his art-teacher wife: a small structure Laurie could turn into, as she puts it, a “funked-out” art studio. The studio “is my happy place,” she says. “I can’t not be creating art; my heart sings when I’m out there.”

The four Phillips grandkids, who range in age from 3 to 7, enjoy fishing in the pond and going on walks with their grandfather through his beloved forest. And the children enjoy watching—from the safety of the cabin—a parade of passing wildlife, including turkeys, bobcats, coyotes and pheasants. “It’s hard to believe we’re only 50 miles from home,” Laurie says. “It’s like another world.”

It’s also a world, Laurie says, where family members don’t have their faces buried in electronics; no one is watching movies, surfing the internet or playing digital games. “We all just talk to one another; that’s the best part,” she says. “We listen and make eye contact. There are no distractions. We’re all present and enjoy one another.” 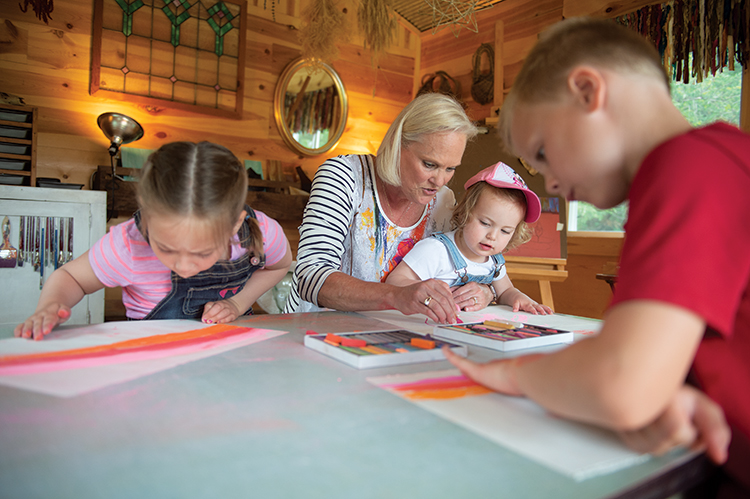 Laurie Phillips and three of the Phillips grandchildren work on an art project. 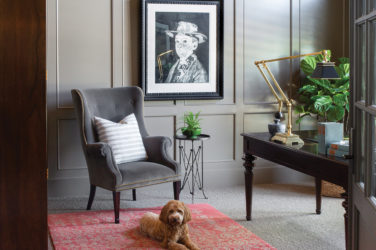 With many of us working and schooling from home for the past year, the ... 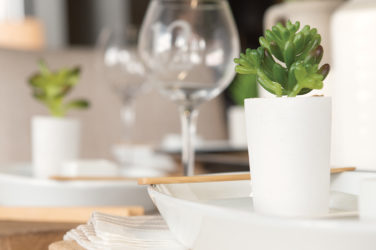 Designers offer ways to bring the season into your home’s decor. 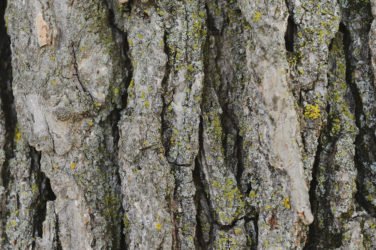 Photographer: Duane Tinkey With so many of the city’s attractions temporarily closed and events ...