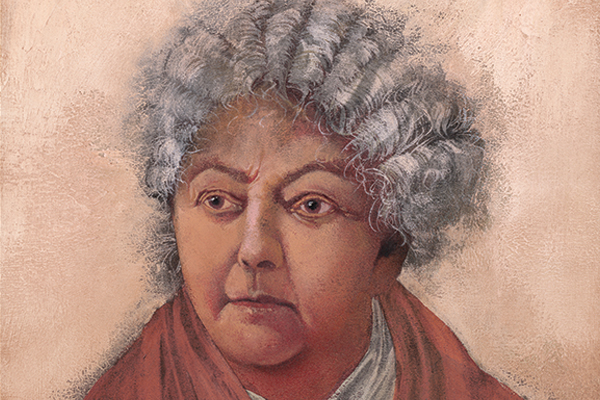 Elizabeth Cady Stanton is one suffragist who stands out for local artist Mary Kline-Misol, who created this portrait for the exhibit titled “Battle for the Ballot.”

Today marks a century since the 19th Amendment was ratified, allowing women the right to vote. Artisan Gallery 218 is hosting an exhibit showcasing works from three artists—Mary Kline-Misol, Nancy Briggs and Marybeth Heikes—that celebrate the anniversary. Kline-Misol’s collection, called “Battle for the Ballot,” consists of 19 portraits of women who were pioneers of the cause, including Elizabeth Cady Stanton, Susan B. Anthony and Ida B. Wells. “For each portrait, I immerse myself and try to channel that particular individual,” Kline-Misol says in this dsm magazine story on the exhibition. “Often, while I’m digging into one woman’s story, I stumble upon my next subject since they helped each other reach the goal. There were thousands of women who put their energy into this, so it was challenging to narrow it down.” Briggs’ “And Yet, They Persist” consists of seven ceramic busts of women who strove to obtain civil rights for women, including Alice Paul, Edna Griffin and Carrie Chapman Catt. Each piece has a name carved on the side and an inspirational quote. “Votes for Women” by Heikes features acrylic collages memorializing suffragists. The “19th Amendment Centennial Celebration Exhibit” will be on display through Nov. 10.

Local Partners Serve Those In Need 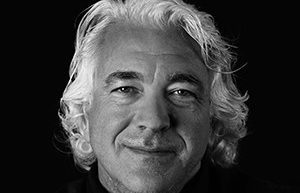 Bill Stowe of Des Moines Water Works has been the focus of withering criticism ...

SEEKING THE NEXT ALLEN GINSBERG

Did you miss out on the beatnik poets of the ’50s? Their spirit lives ... 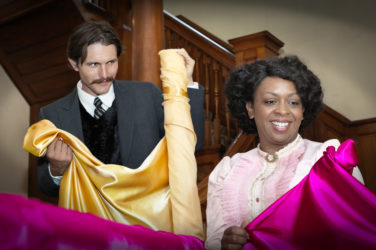