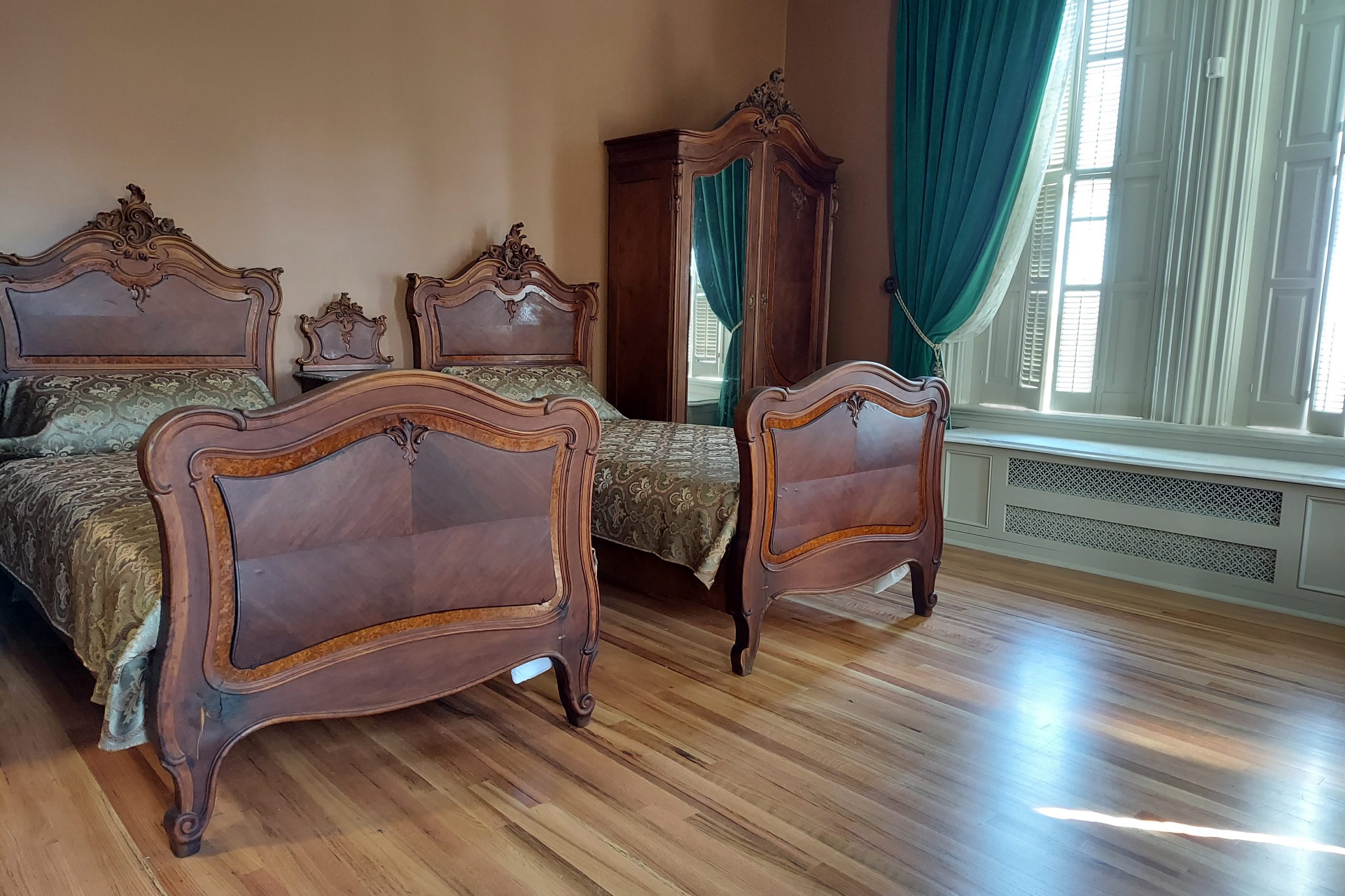 Writer: Christine RiccelliLast year when the pandemic forced Hoyt Sherman Place to close, staff members soon found themselves demolishing walls instead of planning shows. In one of the local cultural industry’s most creative pivots, Hoyt Sherman launched a $1.1 million project to restore the 1877 mansion adjacent to the theater, moving up the original timetable by three years.“We’ve been able to keep all 10 of our full-time staff working and paid” over the past year, Executive Director Robert Warren told me last week during a sneak peek of the restored space. The finance director, for example, is also a seamstress who made the duvet covers with period-appropriate fabrics, and the operations and technical directors assisted with the demolition work.The restoration impresses with its meticulous attention to detail. Walls were rebuilt according to the original blueprints, and 42 pieces of wood were used to restore each doorframe and transom. Hand-painted wall stencils (reproduced after the 1897 design was uncovered), a previously hidden archway, vintage doorknobs, ornate corbels, gas-electric chandeliers, and marble fireplaces are some of the other details that make the manor feel as if you’ve been transported to when Hoyt Sherman lived there with his family. Sherman (1827-1904) was a prominent banker, real estate developer and co-founder of Equitable Life Insurance Company (as well as the brother of the famed Civil War general William Tecumseh Sherman).

The showpiece second floor, which previously was used for administrative offices, was gutted and restored to two bedrooms outfitted with period furniture and fabrics; a later addition to the building now serves as an archive room that contains historical documents. Still to come: Restoring the first-floor dining room.

To see the space for yourself, take advantage of the private guided tours Hoyt Sherman Place is offering May 10-14 and 17-21. For a $500 donation, a group of eight can see the space as well as learn about the home’s history and the Sherman family’s legacy. Find out more and reserve a time by calling 515-244-0507 or emailing info@hoytsherman.com.The money generated through the tours will help fund the rest of the restoration. So far, $625,000 has been raised through historic tax credits, government and corporate grants, private donations, and the organization’s foundation. Not only was the funding secured during COVID, it also directly followed the campaign to raise $4.9 million to build the new Center for Artists and Education, a 9,000-square-foot addition completed in February 2020 and originally set to open to the public last June. Hoyt Sherman Place will reopen the mansion and art gallery to the public on June 1. (Another highlight of the restoration: It opened up space to display additional pieces of the gallery’s collection.) Then, on July 1, the theater will begin reopening, with limited-capacity shows and other safety protocols in place. During the free Jazz in July concerts on July 13, 20 and 27, Hoyt Sherman will host open houses for the Center for Artists and Education.Whenever the theater is back to full capacity, there will be no shortage of performers eager to take the stage. Currently, 41 shows are in the queue, Warren says, “and there are weekends in 2022 where three or four artists are competing to perform.” Keep up to date on shows and ticket availability through Hoyt Sherman’s website, hoytsherman.org. 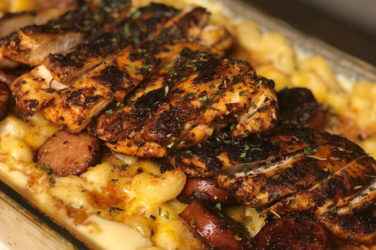 At the Table With Jazz It Up

Blackened Chicken and Andouille Sausage Mac and Cheese is one of Jasmine Hayes’ favorite culinary ... 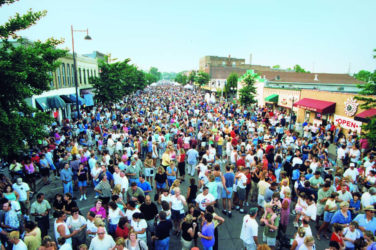 Above: Historic and picturesque, Valley Junction can draw a crowd when the district hosts ... 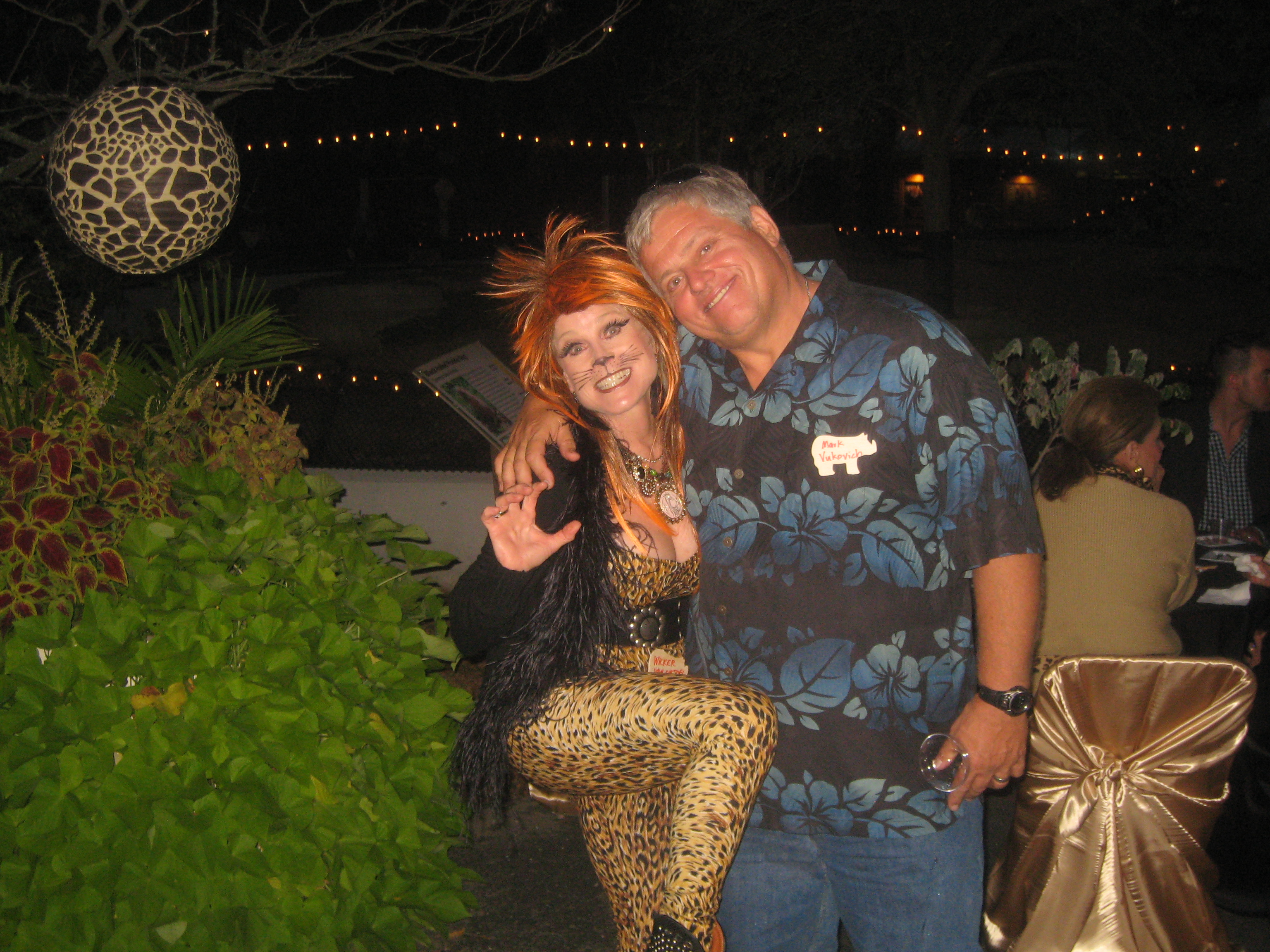 By Wicker Van Orsdel The night sky of Sept. 21 was a purr-fect back ...