Wow, 2011 went by about as fast as a Kardashian marriage! Before the Holi-DAZE and fall events become another vague souvenir, I want to flash on several highlights of the latest doings that help make Des Moines so exceptional.

The Des Moines Community Playhouse’s spooktacular Hollywood Halloween featured a parade of clever costumes. My favorites were Connie Boesen, who could have passed for Johnny Depp in her Edward Scissorhands get-up, and Larry Stelter, Mike Hubbell and Lou Schneider, who were adorable as Diana Rosses of the Supreme Court.

The Festival of Trees and Lights is the signature event for Blank Children’s Hospital. The affable Rich Willis, the masterly auctioneer for the past seven years, has helped raise about $500,000 in that time. Now that’s some ever-green! Baconfest “hogged” all the fun when a table to that event was auctioned off, which came with a year’s supply of bacon and a limousine ride to and from the fest.

Since its inception in 2007, Bras for the Cause has outdone itself every year. This colorful and creative event has raised more than $750,000 for mammograms and related services. It was such wild fun, and this year, the all-male organization Testies for Breasties included Allyn Dixon, Adam Emmenecker and Nick Miller, who were handsome shirtless devils.

What would Des Moines be without Jeff Chelesvig, who brings such great theater to our burg! It was awesome sit in the second row with Eileen Gannon and sisters Bebe, Annie, and Maureen for opening night of “Wicked.” I needed a sock in my mouth to keep from singing along! The follow-up Wicked Night Out event at the Civic Center of Greater Des Moines’ Stoner Theater was a special treat of talent from the “Wicked” cast. Scott Dean and Mark Matteo were the lucky winners of backstage passes and walk-on roles in a “Wicked” performance.

It was great to ring in the holiday season with many merry parties: Janis and John Ruan hosted a cocktail buffet at the World Food Prize Hall of Laureates to celebrate its completion. It is truly a world-class venue; what a great addition to Des Moines. Thanks, Janis and John! Sleigh bell fever was running high at the annual Knapp holiday party at Bill and Susan Knapp’s beautiful home in Waukee. So many trees were aglow; it was dazzling. Arland Petersen and Rosalie Gallagher have chauffeured me to this fun party for the last three years (which I so appreciate) so I can say “howdy” to friends I haven’t seen in months—like Mariann and Terry Moss, Sheri Horner, and Angela and Tom Connolly—and enjoy the fabulous buffet. The Variety—The Children’s Charity holiday party hosted by Molly Young and Britt Baker at their Powder River Ranch in Norwalk was an extravaganza. Of course, every Reynolds (of Variety fame) was in attendance. One of my not-to-be-missed parties is the Eggnog Bash at the home of Gloria and Bob Burnett. Bob holds court and ladles out his killer artery-choking nog, while Gloria masterfully orchestrates the fun.

More fun events are brewing in the winter wings. As this issue goes to press, I’m looking forward to the Bravo Gala, Variety’s Black Tie, Baconfest, Chinese New Year parties, the Variety Telethon and Valentine’s Day soirees. As you can see, I’ll have a hard time staying home! 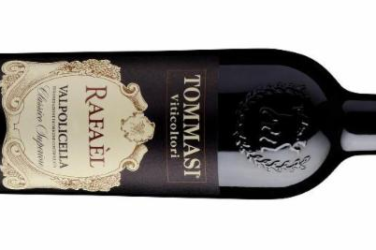 A Red that Tastes Great Chilled

Des Moines has a new art gallery, thanks to Carly Zuendel, who opened Moxie ... 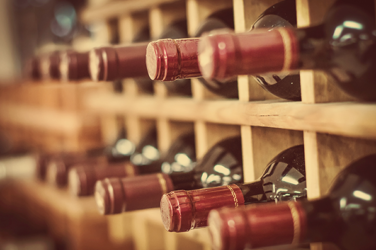 Above: Sometimes wine is just a beverage, other times it’s an experience. Five local ...