Is the economy headed down? Well, maybe, if you believe in the inverted yield curve.The yield curve charts the difference between the interest rate paid on short-term Treasury notes and long-term Treasury bonds. Long-term rates typically are higher than short-term. But sometimes they compress, which they are doing now. And when they cross — when short-term rates top long-term— the economy typically slows. Numbers crunchers at the Cleveland Federal Reserve Bank tell us that the last seven recessions have been preceded by an inverted yield curve. The last time the yield curve inverted was August of 2006. By December 2007, the recession we’re all still trying to forget had begun. The latest interest rate paid on 10-year notes was 3.06 percent. For 3-month bills it was 2.15 percent (double the rate of a year ago) just 88 basis points away from equaling the longer term rate. There appears to be about a one-year lag between when the yield curve inverts and when a recession begins, according to the people in Cleveland. So even if the current curve turns negative tomorrow you should have some time to put your economic affairs in order. That is, if you believe in yield curves as predictors.

Stay Invested in Real Estate Without the Dreaded ‘Three Ts’ 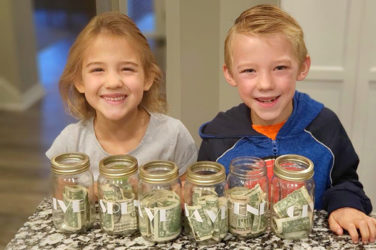 Charity Begins in the Home — and Early

BY STEVE DINNEN Charitable giving is a lifelong adventure, so why not get a ...

BY STEVE DINNEN As a 12-year-old boy I set my sights on Lake Champlain ...