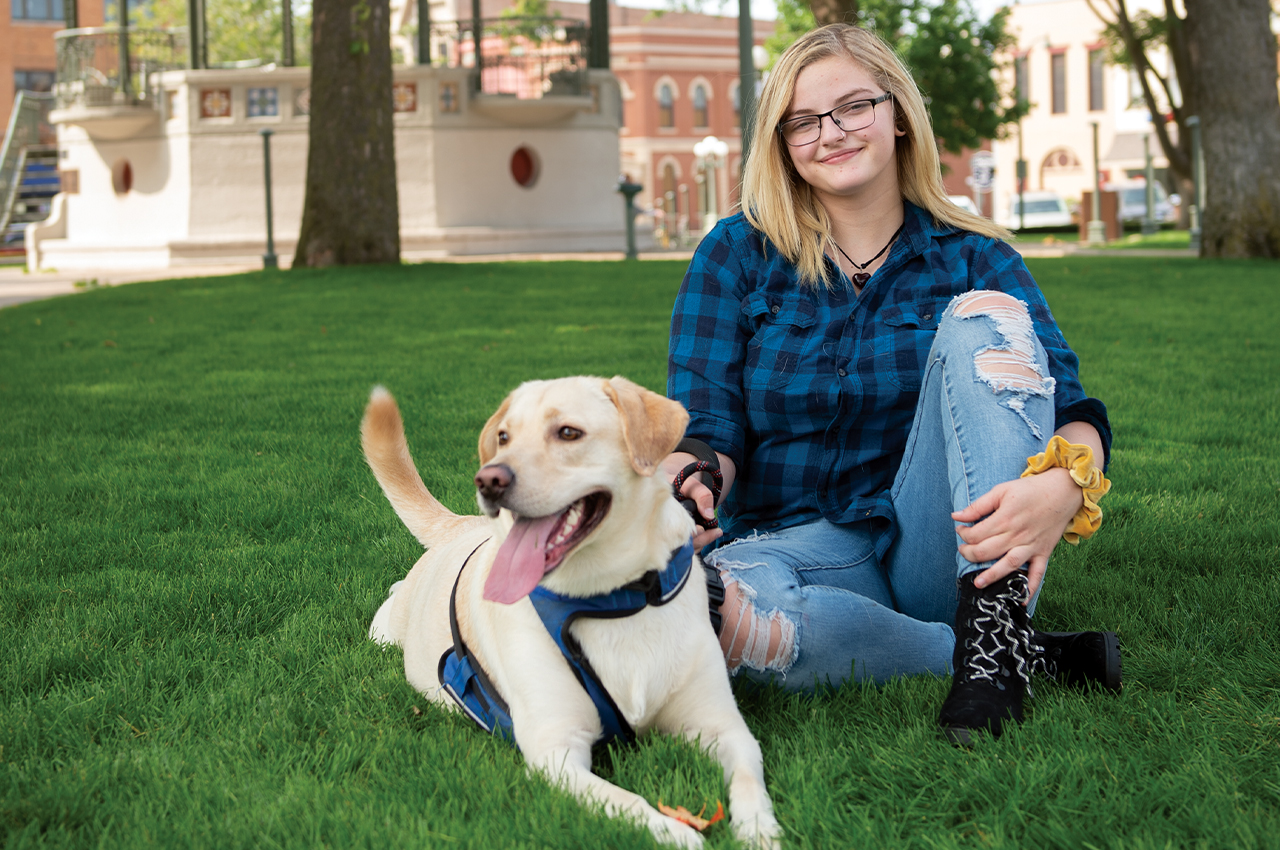 Kaydence Sassaman-Reynolds is feeling better that schools and art centers—mixed media with painting and drawing is her passion—are reopening. Her pet, Mungus, also serves as her therapy dog, helping her cope with anxiety attacks.

The pandemic added another dimension to Kaydence Sassaman-Reynolds’ multiple mental health issues, which she’s been grappling with for years. She’s learning to lean into family, friends, a boyfriend, a therapist and even the family dog, Mungus, whom she trained to identify her anxiety attacks.

Kaydence, 17, admits the pandemic hit her hard. “I was super depressed,” she says. Then her mom tested positive and two weeks of quarantine followed.

Kaydence’s moods changed dramatically when COVID-19 appeared, says her mom, Shannon Reynolds. In response, Shannon has tried to provide a sense of normalcy, a place shielded from the barrage of bleak news. “I think that one of the most important ways that I try to help Kaydence is just to be available to her,” she says.

Addressing the pandemic’s impact on Kaydence is part of their larger journey as a fledgling family, a story that began more than two years ago. When medical issues derailed Shannon and Jeremy Reynolds’ plans of having children, they decided to adopt.

Kaydence and her sister, Luka, came to live with the Oskaloosa couple in March of 2018; their adoption was finalized later that year.

Kaydence had been struggling with manic episodes and self-harm before being diagnosed with type 1 bipolar disorder. She also has anxiety disorders, post-traumatic stress disorder, attention deficit hyperactivity disorder, and anorexia. Her sister’s struggles have required residential care. Both teens love art; Shannon found a professional who specializes in art therapy.

Kaydence also uses coping mechanisms and finds support from her boyfriend and Oskaloosa High School’s Gay-Straight Alliance. Kaydence, who identifies as female and bisexual, is co-president this year.

When she was 10, Kaydence discovered her attraction to both sexes and learned the term bisexual on Facebook. Her biological father harshly told her being bisexual was wrong, she recalls, and she left home and lived temporarily with her aunt and uncle before being adopted by the Reynoldses.

Since living with her new family, Kaydence has explored her gender identity and sexuality, her mom says. “As long as she feels comfortable in her own skin, and feels protected and comfortable, that’s the main thing,” Shannon says.

Some LGBTQ youths don’t have such support, with the pandemic making teens feel more isolated than ever, says Nate Monson, executive director of Iowa Safe Schools, which works to provide safe, supportive environments for LGBTQ youths.

Some haven’t come out to their families, Monson says, and school closures have cut the youths off from those affirming their identity. Plans to come out in college are being stymied as schools move to online learning.

“When you can’t be your authentic self, it can be a dangerous moment for these kids,” he says.

Forty percent of LGBTQ youths seriously considered attempting suicide in the past 12 months, according to the Trevor Project’s 2020 National Survey on LGBTQ Youth Mental Health.

“The biggest thing, for parents especially, is if your student is questioning their identity or comes out to you during this time, it’s really important to listen to them, to be supportive of them, to really lean in more so than ever before to that LGBTQ culture and community,” Monson says.

Shannon says her family continues to work through challenges and grow together. “I can’t remember my life without Kaydence and Luka as my daughters,” she says. “We love them more than anything in the world.”

College Through the COVID Lens 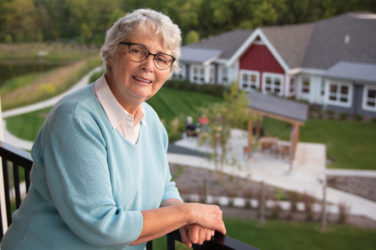 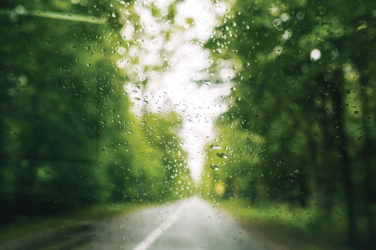 7 Ways You Can Help

Writer: Karla Walsh Anxiety. Depression. Bipolar. Eating disorders. PTSD. While we all would like ... 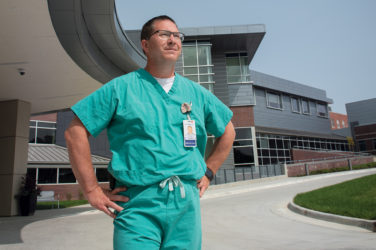