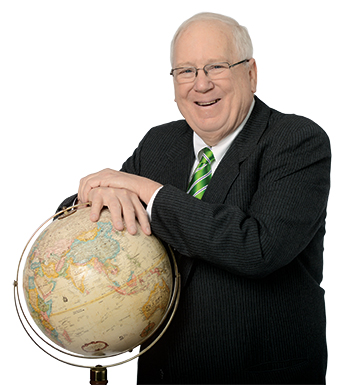 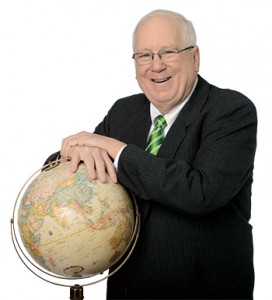 Former ambassador Kenneth Quinn, president of the World Food Prize Foundation, has witnessed humanity at its worst, yet exudes irrepressible optimism, whether he’s sharing tales of serving in Vietnam, meeting his wife or watching “The Big Bang Theory.”

50+
Number of countries Quinn has traveled to or lived in.

The Bronx
Quinn’s hometown. His family later moved to Dubuque, where Quinn graduated from Loras College in 1960. He  earned an M.A. in political science from Marquette University and a Ph.D. in international relations from the University of Maryland.

1967
Year Quinn was accepted into the U.S. Foreign Service,  “picturing chandeliered embassy ballrooms in Paris and London.” Instead, the 26-year-old was sent to Sa Dec, a town in Vietnam’s Mekong Delta, as a rural development officer.

Turning Point
After Quinn had served in Vietnam for 18 months, the U.S. State Department gave him the opportunity to study labor relations at Harvard University, which would be followed by a post in Western Europe. “It seemed like a dream come true.” But shortly before he was to leave, he was taking a journalist down the Mekong River and “the reporter said, ‘Why are you leaving? You’re in the middle of the epic event of this generation. You’re making a difference. You speak the language and can step through the cultural veil.’ It was like someone had pushed a pause button. I realized I didn’t know why I would leave.” His decision to stay in Vietnam “changed the course of my life.”

Regret
“That I didn’t learn to speak Chinese or Japanese fluently.”

“A Rube”
How his wife, Le Son, first described Quinn to a friend after she met him at a party in Vietnam. That’s because Quinn spoke the Vietnamese patois of the villagers, while she spoke the more refined language of city dwellers. Today, the couple has three adult children: son Davin, a physician in Santa Fe, N.M.; son Shandin, a chemical engineer in New York; and daughter Kelly, an event planner in London

Personal Heroes
Norman E. Borlaug and Robert D. Ray. “Who would’ve imagined that two Iowans would be the two most inspiring forces in my life?”

“The Big Bang Theory”
His favorite TV show. “I have 52 episodes on my TiVo. I play a few every night to relax and laugh.”

“We Gotta Get Out of This Place”
The 1965 song by The Animals that Quinn says “captures my foreign service career,” especially in Cambodia, where he served from 1990 to 1999, first as a deputy assistant secretary of state and then as ambassador. “We were the most exposed embassy in the world. A truck bomb would’ve taken us all out.” In 1997 in Phnom Penh, “a rocket hit the ambassador’s residence. … I threw our kids on the floor and my wife and I were on top of them. I prayed the bullets would hit me, not them.” The family escaped unharmed.

1974
Year Quinn discovered the horrors of Pol Pot and the Khmer Rouge, whose genocidal rampage eventually killed more than 2 million people in Cambodia. “One day my wife and I were standing on top of a hill along the border, and as far as the eye could see into Cambodia, villages were on fire.” His succeeding investigation led to an extensive report that the U.S. State Department initially ignored. Today, Quinn is acknowledged as the first person anywhere to have documented the Khmer Rouge’s atrocities.

Dream
Inspired by the Charles Bridge in Prague, Quinn dreams of turning the Locust Street Bridge into a paean to Iowa’s agricultural and humanitarian legacy, with statues of leaders such as George Washington Carver, Henry A. Wallace, Norman Bourlaug and Robert D. Ray. “Public statues define the character, history and future of great metropolises. …People may ask, ‘Where are the generals?’ but Iowa’s great heroes are those who feed the hungry.”

Hope
What fuels Quinn’s optimism. “I grew up in a period when the United States was seen as an incredible force for good. It was the John F. Kennedy period, when we got a man to the moon and (established) the Peace Corps. I represented the country as far from the flagpole as you can get…and believed the country had a far reach for good. I still believe that.”

“Advise and Consent”
The book that has most influenced him. The1959 political novel by Allen Drury “got me hooked on the sense of Washington D.C. I dreamed of being there, even just seeing it.”

Secret Wish
“To be a high school basketball coach.”

3
Number of times Quinn has been awarded the American Foreign Service award for “intellectual courage in challenging policy.” He’s the only American to have received the award three times. He’s also the only civilian to ever receive the U.S. Army Medal for participating in combat operations in Vietnam.

1977
Year he returned to Vietnam as part of the first mission sent by the United States to process POWs. In Hanoi, there was “no economy, no place to buy food, no cars, no trucks, and one lit sign over a picture of Ho Chi Minh.”  By contrast, today Hanoi “is a teeming place of economic activity. Capitalism is raging. … Today, Vietnam looks like the Americans won the war.”

Rice and Roads
The two things that most profoundly influenced Quinn in his career. In Vietnam, he worked on rural road development so farmers could get their rice to market. At the same time, a new type of rice, called “miracle rice,” was being introduced that grew faster and had a greater yield, which “changed farmers’ lives dramatically.” In areas where the rice was planted and then could get to market, “mortality rates went up, the kids stayed in school longer and the Viet Cong seemed to evaporate. The rice undercut the interest young people had in following the guerillas.”

Home
He moved to Des Moines in 1977 to help then-Iowa Gov. Robert Ray in the efforts to relocate refugees from Southeast Asia. Quinn, now 71, returned to the city in 2000 to lead the World Food Prize Foundation and successfully led the campaign to raise nearly $30 million to transform the old Des Moines Public Library into the foundation’s headquarters. “This is the longest I’ve lived anywhere. I’ve had an interesting odyssey, but coming back here at the end of that journey felt like coming home.”

Click here to read the full issue of the Jan/Feb 2014 issue of dsm. 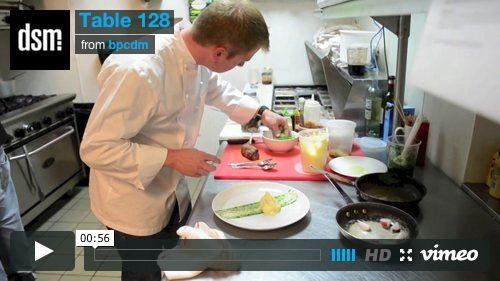 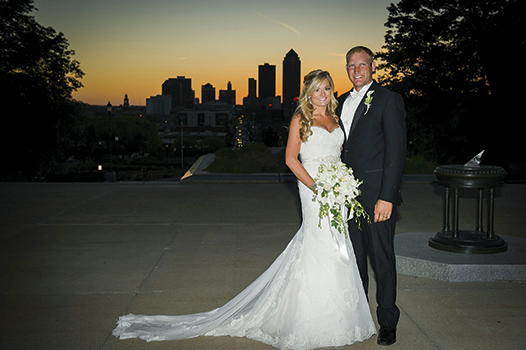