I recently made my first-ever foray into Honduran cuisine when a friend of mine was on the hunt for a fried whole-fish dish―head, bones, skin, fins, tail and all; she often finds variations on the specialty in restaurants that feature Asian, Southeast Asian and Latin American cuisines. As for me, I’m always on the lookout for empanadas―the pastry turnovers of Central and South America.We both ended up pleased on a recent visit to El Pollo Catracho, which opened last autumn on Des Moines’ southeast side. The decor is simple, with few frills beyond a television―but go for the food.The menu offers a number of meat dishes―fried chicken, pork steak, roast beef, pork cracklings, pig’s feet and carne asada―as well as breakfasts, tacos, enchiladas, tamales and the empanadas and fried fish we sought. Main-dish soups are a specialty on the weekends. Filled with ground beef and specks of potatoes, the empanadas brought fried pastries with a focus on fried ― they were hot and ultra-crisp, with a pleasantly greasy richness, likely from lard. Served alongside, the little cabbage salad with pickled onions and finely diced sweet peppers added a bright, fresh foil. Three empanadas were too many for this diner to eat at lunch (and not take a nap in the afternoon). You might want to share.Equally irresistible in that crispy-fried way was the whole fish, with its addictively crackly and salty skin and rich, moist flesh sparked with hints of lime. My friend, the whole-fried-fish aficionado, noted that the flesh itself was plentiful (often, these things can be pretty much skin and bones). It was served with green plantains and cabbage salad.El Pollo Catracho (which roughly means “the Honduran rooster”) is located at 4100 S.E. 14th St.; 515-285-9111. For more information, check out the restaurant’s Facebook page.
Wini Moranville writes about food, wine and dining for dsm magazine and dsmWeekly. Follow her on Facebook at All Things Food–DSM.

European Travels Get Trickier Starting in 2021 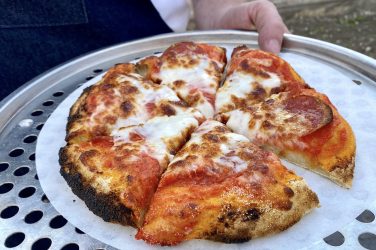 Book Your Spot For An Outdoor Pizza Party 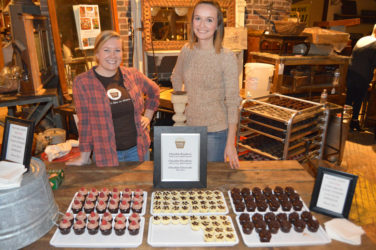 Attending this party might be worth breaking any silly New Year’s resolutions.

By Wini Moranville Congratulations to Chris Steele and Steve Kostianis from Johnny’s Italian Steakhouse on Fleur Drive for winning the ...