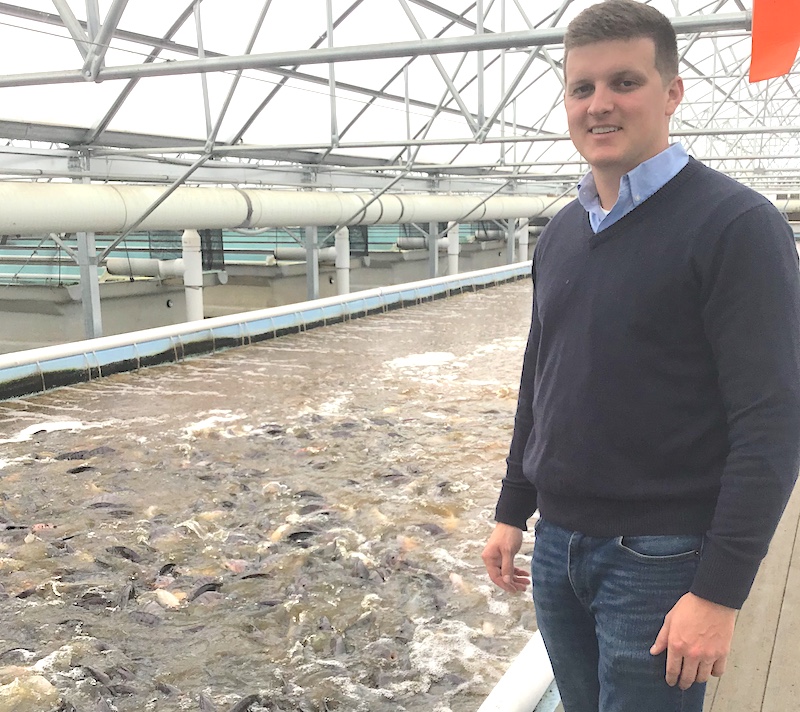 Above: Joseph Sweeney checks out his Iowa livestock—a tub of tilapia.

From relative obscurity as little as 30 years ago, tilapia is now the fourth most popular seafood consumed in the United States. That rise to stardom has not been lost on a group of Iowa investors, who have plowed $16 million into a startup business near Des Moines that is “growing” the mild-flavored fish to serve markets across the country.Eagle’s Catch LLLP, of Ellsworth, was launched in 2016 as a “new way to provide proteins” to a rising population that is seeing increasingly little expansion capability in food brought from the soil. It is funded mainly by Iowans who are farmers, or have ties to agribusiness.“That type of investor really resonated with our story,” said Eagle’s Catch CEO Joseph Sweeney, who grew up nearby on a farm, raising cattle and tending to row crops. “They see this as a diversification.”Eagle’s Catch acquires fledgling tilapia from hatcheries in Louisiana and New Mexico. They show up in Iowa weighing a mere one-half gram each, and after eight months of care and feeding in a series of tanks—you can see the huge tank farm alongside the southbound lanes of I-35 at the Ellsworth exit—where they will reach an optimal market weight of 800 grams and be ready for sale.The company markets its tilapia while the fish are alive. Buyers typically are Asian grocers, whose clients like to buy fish live and then cook it fresh in their homes. “It’s a premium niche market,” said Sweeney, that relieves customers in, say, Chicago, from trying to buy live fish fresh off a boat. Tilapia is very mild in flavor, and pairs well in stir fry and as the protein in a number of Asian dishes.At this point, Eagle’s Catch is focusing only on tilapia. It is not yet at a place where it would process those fish and send them either fresh and filleted or frozen to grocers, but it is in the midst of raising $2.5 million in order to further mechanize its operations and build a hatchery. (Sweeney stressed that his conversation with dsmWealth was not a solicitation for funding.) This new round will stay open until it is fully funded, and then the capital will be deployed over the next nine to 12 months.Of course, there is no guarantee that the first, or second, round of funding will work. Eagle’s Catch has competition, of course—not all of which has successfully tapped the market. For instance, Webster City-based Vero Blue Farms collapsed in late 2018 under a $98 million pile of debt.Still, Iowa has a reputation to uphold for feeding the nation. Fish are just a variation on this theme.“It’s all about providing fresh, sustainable seafood,” said Sweeney.

‘Free’ Stock Trading Has Its Own Price Over Time 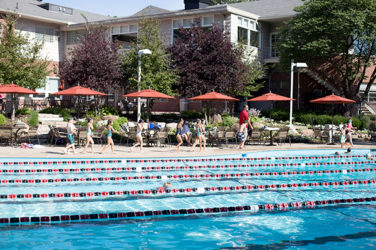 Above: The pool is a popular place at Wakonda Club, offering member families swim lessons ... 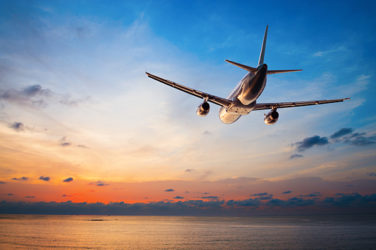 Big Savings In Flying To Europe From Canada

BY STEVE DINNEN Greetings from Montreal. I’m sitting in the British Airways lounge waiting to ...

BY MEREDITH LEPORE for the website The LaddersEver wonder what super successful people do ...