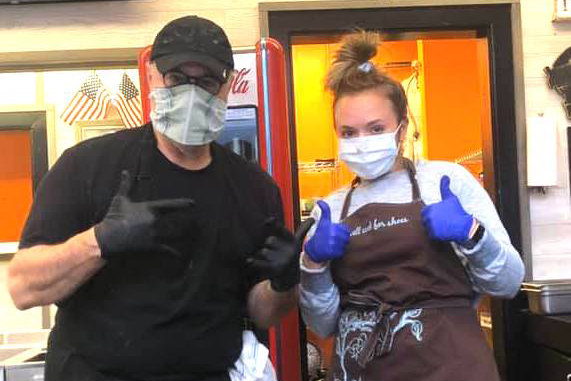 Jerry Talerico and his daughter, Sophia Talerico, have opened Tally-Ho to Go, which offers a limited to-go and curbside delivery menu.

By Wini Moranville For obvious reasons, this doesn’t seem like the optimal time to get into the restaurant business. But five years after selling his once-legendary Sam & Gabe’s restaurant, Jerry Talerico is doing just that.Blame it on his daughter, Sophia Talerico. She was living on Cape Cod when the pandemic caused the high-end clothier she worked for to shutter. As soon as she moved back home, her pals started asking if her dad would cook for them. “More and more people kept ordering food, and suddenly I was making lasagna, chicken Asiago and Italian nachos full time,” says Jerry Talerico. “We said, ‘let’s see what we can do with this.’”Turns out, Talerico’s longtime friend David Ladd, owner of Stu’s Barbecue, had a kitchen at the Merle Hay Mall food court that wasn’t seeing a lot of action these days. Talerico, padre e figlia, opened up last week, offering a limited to-go and curbside-delivery menu.Each week, just a handful of items will be offered. Last week the menu included Penne Sophia (with sun-dried tomatoes, basil and mushrooms in a light cream sauce), Chicken Asiago and Italian Nachos. To keep the nachos crisp, they come unassembled. In a mini cooking show on Facebook, Jerry Talerico shows you how to put them together once home.The business is called Tally-Ho to Go, which pays homage to Jerry’s father; Vic Talerico owned “Vic’s Tally Ho,” a Des Moines supper club that operated from 1939 to 1971.Since selling Sam & Gabe’s in 2015, Talerico worked for a variety of restaurants in the area, including +39, Vivian’s and the Republic on Grand. “It became painfully obvious that I couldn’t work for anyone else anymore,” he admits.So, with this new venture, might Talerico be making inroads back into the restaurant biz for himself?“Being away from it this long, I have renewed passion. And I still love to cook,” he says.While he doesn’t think he’ll be getting into a full-scale restaurant again, he says that the thought of having a small place with a lot of to-go options, perhaps even with a drive-up window, sounds appealing.“I don’t know whether dining out is ever going to be what it used to be,” he says. “But there’s always going to be a market for well-prepared foods.”I agree, and after our conversation ended, I wondered if Talerico might just be describing what a lot of restaurants might look like the post-COVID-19 era.Find out more about Tally-Ho to Go on their Facebook page.

Say It — With a Lot of Chocolate

By Wini Moranville At this year’s Iowa State Fair, while my colleagues in the ... 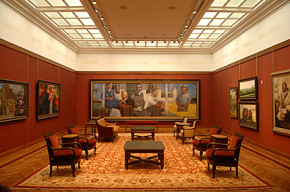 If you still haven’t toured the amazing World Food Prize Hall of Laureates — ...