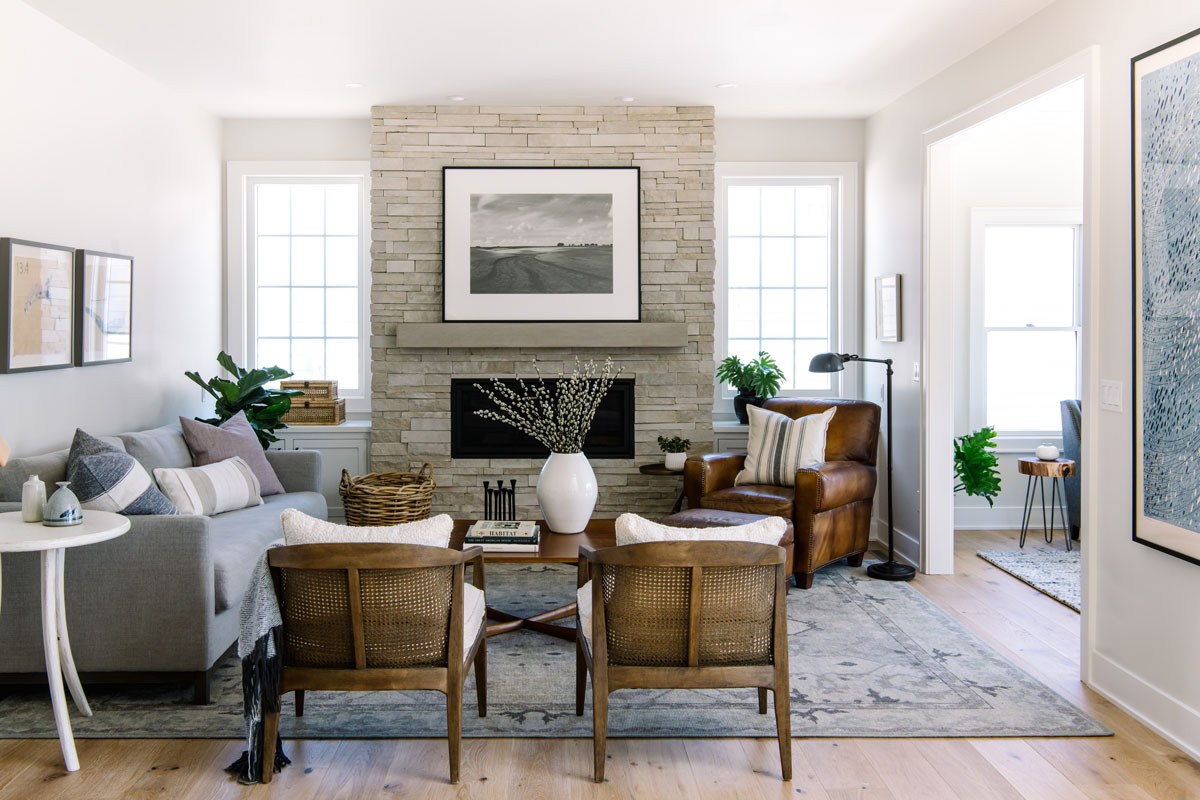 When Susan Watts, owner of Olson-Larsen Galleries, began working with local interior designer Jillian Lare in February, the goal was to transform a client’s Ankeny home into something a little warmer and lighter. Watts frequently works with Lare to curate original pieces of work into projects. To do this, Watts set out to find a mix of artwork from Midwestern creators. “We wanted to do a combination of abstract and landscapes,” Watts says. “[Lare] had a pretty good idea of artwork she had seen on our website.”The project, which you can find here, turned out the way they had hoped. Neutral colors help brighten the home, and the artworks from Olson-Larsen enhance the living room and bathroom. The main piece over the fireplace comes from photographer Michael Johnson’s series of the Driftless Area in northeastern Iowa and northwestern Illinois, a region characterized by forested ridges and deeply carved river valleys. The blue work to the right in the photo, by Jeanine Coupe Ryding, is a woodcut print that brings an aspect of abstract to the space. “We’re so fortunate to have relationships with designers who want to invest in Midwestern artists,” Watts says. “I could never be an interior designer. I think it’s a really hard job. But when it’s done well, it’s so clear. Being able to partner with that type of talent and curate collaboratively is really fun for me.”

Calling All Jazz and Golf Lovers

By Belle Du Chene If you’re a golfer, you’re no doubt suffering withdrawal from ... 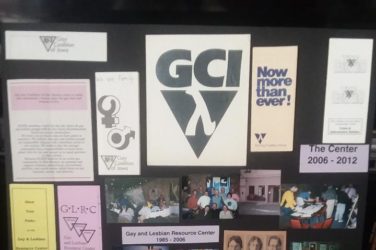 Above: Documents show the evolution of local organizations dedicated to gender equality.   A ...

Meals From the Heartland is still looking for volunteers to help package meals at ...