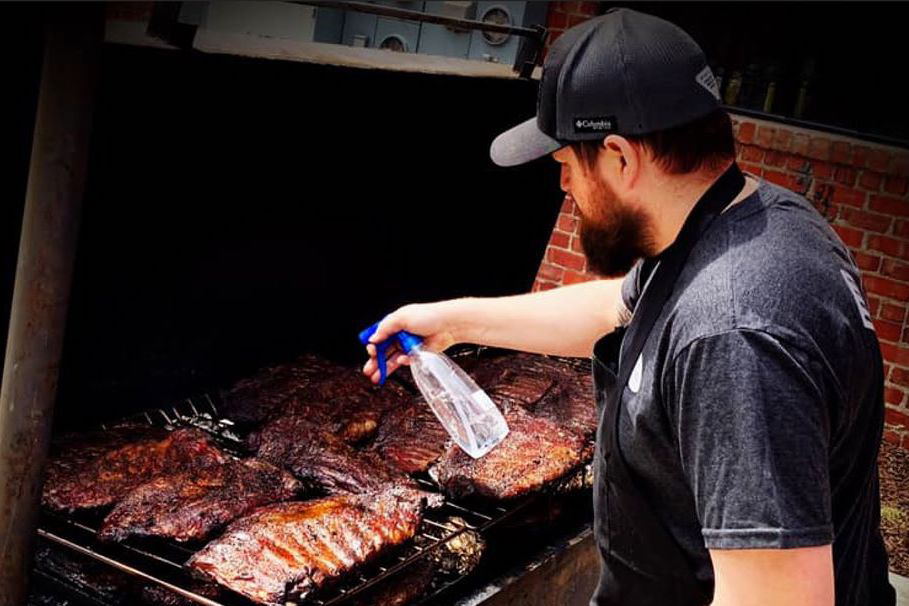 Django chef Derek Eidson cooks up barbecue on a smoker. So far, the new takeout menu has been a success, selling out every weekend.

By Wini Moranville Nobody with any kind of heart can enjoy seeing what’s happening to our local restaurant industry. And yet, it’s been inspiring to witness the way some chefs and restaurateurs have used the current crisis as an opportunity to try something new. Such is the case with these two long-admired local chefs:Derek Eidson, Django: Eidson and his colleague, George Formaro, have been tinkering with a smoker and barbecue recipes for some time now, and they’d always hoped to do something with this side passion. When Django’s dining room doors shut, another door opened: They started selling their barbecue from the Django locale, and the new venture was an immediate success. Eidson says they’ve sold out every weekend. The barbecue is inspired by Texas and Carolina styles—the former being mostly about beef smoked over oak, and the latter bringing the flavors of vinegar and mustard. And the rub? Salt and pepper only—in Eidson’s view, all those complex, multi-ingredient rubs only serve as a distraction from the meat.Indeed, when I tasted Eidson’s smoked brisket and beef short ribs, I noted that while smoke was enticingly persistent, the beautifully textured meat—lusciously tender but by no means soft or flabby—was truly the star. Look for Eidson’s barbecue on weekend nights only. The best way to stay updated is on Django’s Facebook page.Joe Tripp, Harbinger: Tripp knew there was no way to make Harbinger’s fine-dining/small-plates experience translate to the curbside pickup model required to stay in business. Fortuitously, he’d been working on a new restaurant concept that fit the modus-operandi quite well.“I love eating casual street food while traveling, and I knew I wanted to introduce that vibe to Des Moines,” Tripp says. Hence, Basic Bird was born. Korean-style fried chicken—boneless fried chicken coated with a sweet-spicy chile sauce—anchors the uncomplicated menu. Choose from five, nine or 18 pieces (serving one, two or four people, respectively). Each meal comes with three sides from a choice of Korean cheese corn, ginger roasted beets, candied root vegetables, cucumber kimchee, coleslaw and potato salad. With the cheese corn (decadent!), cucumber kimchee (spicy in that endorphin-boosting way), and potato salad (a good-old sweet-tinged American-style picnic version), our meal was a smorgasbord of great flavors and textures at a shockingly good value ($30 total for two of us). I’m betting that this Basic Bird will fly.Keep up with the Basic Bird concept on the Harbinger Facebook page.

The new illuminated sculpture in Cowles Commons downtown has a name: Swirl. The christening ... By Wini Moranville My favorite cheeses in the world are the washed-rind cheeses from ... 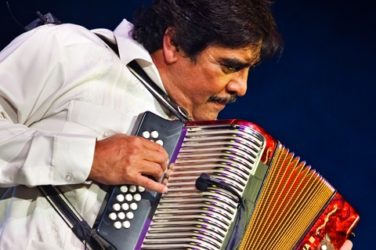