Some spectacular fortunes have been made – and lost – since COVID-19 made landfall. The market shrank by 40% in just a few weeks from its all-time high reached in February, only to battle is way back by some 40%.Recreational vehicle maker Winnebago Industries, of Forest City, is a case in point. Its shares slumped 67% between Feb. 20 and March 18. Anyone who bought Winnebago on that low day has by now notched in a 167% gain.There are other tales of wild swings. But as the economic reality of the pandemic settles in, Kent Kramer, chief investment officer of West Des Moines-based investment advisory firm Foster Group, says he’s focusing on broader, more diversified forays into the market. He’s especially keen on ETFs, such as iShares Edge MSCI Quality Factor ETF (QUAL). This is a position in solid, blue-blood growth companies; Johnson & Johnson, Microsoft and Apple are its biggest positions. Large cap and growth stocks will perform best in this challenging environment, he believes.Among mutual funds, Kramer says he is drawn to U.S. High Relative Profitablity, DURPX, an institutional fund that likewise counts Microsoft and Apple as major holdings.“I prefer to buy big baskets of stocks with common metrics,” he says. Current metrics include ability to weather the ongoing storm.

Caterers Do Curbside Pickup, Too

BY STEVE DINNENWhen you head to the beach or pool this summer, you’ll want ... 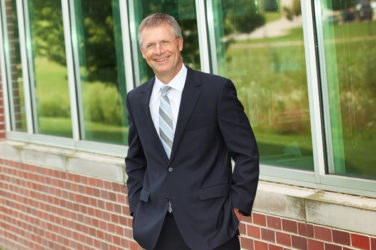 How Will the Election Affect Your Finances?

How Will the Election Affect Your Finances?