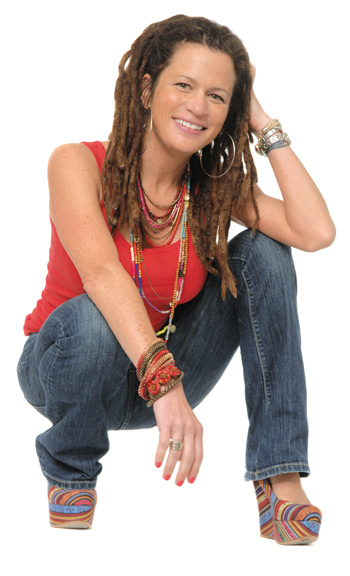 1. Her artwork often reflects her personal struggles. “My art is an outlet to what’s going on in my life—I put it all out there,” says Conlan, who grew up and currently lives in West Des Moines. “Art helps me get through everything.”

Over the years, she’s created raw, provocative mixed-media works to deal with the aftermath of a brief second marriage that ended in violence and an annulment; a hysterectomy and a bout with meningitis; and a car wreck in which she sustained serious injuries, including a fractured skull, a broken jaw and disc damage, resulting in “500 days of pain,” surgery and long-term therapy. Her most recent art show, called “Souvenirs” and held in June at The EYE art gallery, included, among other works, pieces that incorporated medical bills from that ordeal.

2. Art is a family affair. Conlan’s sons—Aidan, 10, and Bode, 7—not only appear as subjects in their mother’s works, but also enjoy creating their own art. “I have them dream up (something) and we figure out how to make it,” Conlan says. Together, Conlan and her sons take photos, choreograph music videos, make models and small sculptures, write and illustrate comic books, and draw characters that Conlan then sews into dolls. “I teach them that we can make anything,” she says. That means the TV stays off at home, which “gives us so much time to create,” she adds. The family also goes to local art shows to “study all the different types of artists we have in Des Moines,” Conlan says. “It helps us dream up new ideas.”

Conlan, who received a Bachelor of Fine Arts from Drake University in 1997, is finishing up a degree in graphic design at Des Moines Area Community College. She also plans to explore markets outside Iowa for her art.
“Des Moines is so supportive,” she says, “but I need to get out of my comfort zone.”

3. Conlan grew dreadlocks “for some fun.” Plus, “I’m not one to spend time on my hair,” she says. The ease of maintaining dreadlocks prompted her to grow them after her second son was born and the demands of taking care of two young children consumed her time and attention. She recently cut them for the first time, after they had grown to near waist-length. 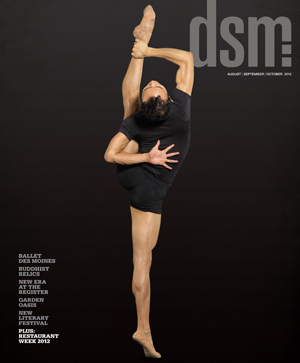 Ballet Des Moines will enter a new era this fall when it hires six ...

With the hiring of six professional resident dancers, Ballet Des Moines springs into the ... 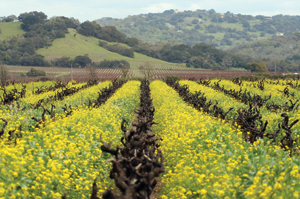 Dine in four participating restaurants and be eligible to: Win our Restaurant Week contest ...