Let the people decide. That’s the idea behind dsm’s Top List, and for the fourth year in a row, you let us know your top choices for dining and drinking, shopping and playing. On the list that follows, the top vote-getter in each category is listed first, followed by the runners-up. 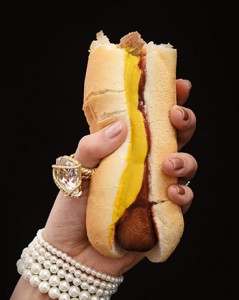 Wind power:
The wind turbine on Expo Hill produces enough energy to provide the equivalent of one quarter of the Iowa State Fairgrounds’ energy needs year-round. That’s about the amount of energy needed to power the entire fairgrounds, including the midway and all its rides, during the 11-day fair.

Magnificent flying machine? Meh…
Amelia Earhart saw her first plane at the 1908 Iowa State Fair and was not impressed, calling it “a thing of rusty wire and wood and looked not at all interesting.”

Ouch!
The Women’s Rubber Chicken Throwing Contest held at Pioneer Hall was originally the Rolling Pin Throw. It was changed several years ago for safety reasons. 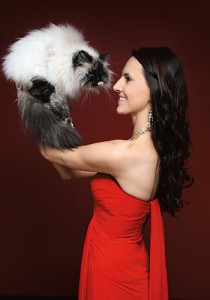 Unique rescues:
A serval (a medium-sized African wildcat), a Bengal tiger, macaque monkeys and an alligator.

Largest recent rescue:
More than 250 dogs from a puppy mill in north-central Iowa and 39 horses in Carroll County.

For the love of pit bulls:
“Ambass-A-Bull” is a nationally recognized and award-winning pit bull dog awareness and adoption program. The goal of the program is to reverse negative stereotypes about the breed and promote pit bull awareness and education through positive interaction with the community, including school and nursing home visits. The ARL’s “spokesdog,” Freedom, is a pit bull.

Number of animals cared for:
The ARL cares for more than 20,000 animals each year. The number includes animals taken into care as well as those in low-income assistance programs. 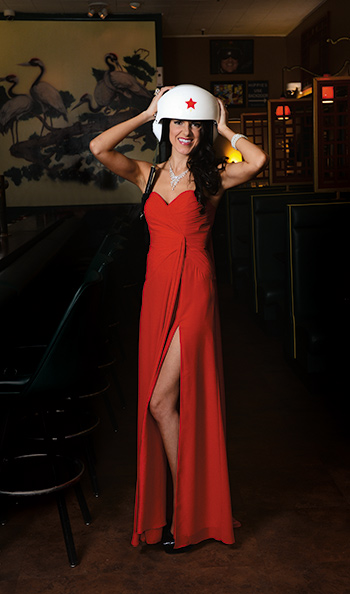 What’s in a name:
Inspiration came from the name “Fong’s” on a vintage poster. The owners thought it was catchy and that it also captured the essence of what the menu offers.

Most popular pizza:
Crab Rangoon, which outsells the next top-selling pizza by six to one. The morning before the Super Bowl, Fong’s sold 108 large crab Rangoon pizzas.

Strangest pizza topping:
Taco chips. “Someone ordered a pizza with taco chips and honey once,” says Gwen Page, general manager and an owner. “Call it creativity or the munchies.”

That helmet?
Customers don the helmet when attempting the Super Terrific
Kamikaze shot.

“Fongolians” unite:
Regular customers are known as Fongolians, or “ambassadors to the Fong,” who can guide new “Fongers” around the menu and restaurant. “Fongolians can be anyone who appreciates the creativity and fun that goes into our restaurant,” says Page. You can become “Fongolian of the Month” by emailing a fun photo of yourself to fongspizza@gmail.com.

What’s in a name:
Dry cleaning was invented in France in the mid-1800s, hence “French Way” Cleaners.

Dry it:
The process is called “dry cleaning” because it doesn’t use water, but it does use a series of chemical solvents to clean the fabric.

Statues:
At the 413 Euclid Ave. location, there are two statues of men blowing French horns. The building was originally constructed in 1909 to house the business.

Take a peek into these local artists’ studios, spaces that nurture the imagination and ...