Summer is the time to step on the gas and feel the thrill of speed and power. These three cars are some of the most fun ways to get where you’re going in the quickest manner possible. None are exotic supercars, but take any of these rides home and you’ll be the coolest kid on the block.

Yeah, I know. Nobody expected one of the year’s most fun driving experiences to come from the company that brought you the Sorrento. But if you’re the kind of person who is willing to write the Stinger off for something as simple as the badge it wears, that’s your problem, not Kia’s. Because—make no mistake, folks—this Little Engine most definitely could.

Designed by Audi and Lamborghini stalwart Peter Schreyer, the Stinger’s target is the entry-level luxury sedan market. Specifically, the Stinger is poised as a direct challenger to BMW’s 3-series and provides a stunning amount of bang for the buck. Depending on your trim level, the Stinger comes equipped with either a turbocharged four-cylinder engine or, for the beefier Stinger GT, a twin turbo V-6. The V-6 is paired to an eight-speed automatic transmission and turns out 365 horsepower. The GT also comes equipped with Brembo brakes, an adaptive suspension and 19-inch, high-performance summer tires.

Based mostly off the Genesis G70 and G80 platforms, the Stinger looks like nothing else Kia has ever attempted. It’s aggressive and sporty on the outside, comfortable and responsive in the driver’s seat.

The car’s V-6-powered GT2 will shoot you up to 60 mph in a hair over four seconds and all the way to 120 mph in just about 12 seconds. The car also possesses a surprising level of midrange torque, making highway passing one of the most enjoyable experiences of your day. The suspension never really tightens up quite as much as you want it to, even in Sport mode, and the steering is in the “solid but not exceptional” range, but when placed within the larger context of how fun this little buggy is to drive, those feel like minor complaints.

In fact, here’s one more: Lacking the larger V-8 of its luxury brethren, the Stinger’s V-6 lacks the throaty roar that other cars of similar capabilities emit. The exhaust note is understated, and even the twin turbos never give you the signature whine that turbocharger fans tend to love. On the upside, this makes the car more attractive to daily drivers, as it will not wake up the neighbors or encourage stoplight drag racers. But for the overall driving effect, you might miss those little growls and gurgles as you up- and downshift.

Nevertheless, the Stinger is one of the best driving experiences out there right now, and almost definitely the best new driving experience available in 2018. The base price for the four-cylinder model is $32,800, and that goes way up to over $50,000 for a GT2 with all-wheel drive and every option included. Yes, that feels like a lot to spend on a Kia. But when you figure that this little sedan is nicer on the inside than an Alfa Romeo Giulia, handles better than the Infiniti Q50, is both faster and better looking than the Jaguar XE, and the fact that a fully equipped Stinger GT2 is still $10,000 less than a BMW 340i … well, the numbers start looking better and better.

No, the Kia badge won’t blow your friends away. That’s what the rest of the car is for.

Chevrolet is doing its best to make sure that there’s a Corvette for everyone: You can walk onto your dealer’s lot and take your pick of the Stingray (455 horsepower), the Grand Sport (460 horsepower) or the monster Z06 (650 horsepower). Next year, so go the rumors, you’ll also be able to pick up a new, mid-engine Corvette as a fourth option.

While the Stingray has the history behind it and the Z06 might be the one with the face-melting power numbers, the Grand Sport provides the best driving experience because it hits a balance between the two. Coming equipped with the same pushrod 16-valve V-8 as the Stingray, the Grand Sport pairs that motor to an eight-speed automatic transmission, a standard sport exhaust and extra grip tires. All of that combines to give it a hair more horsepower than the Stingray and a slightly quicker profile: The Grand Sport will hit 60 mph in 3.9 seconds.

From a driver’s standpoint, the Grand Sport is everything that you would expect from the Corvette name. Hit the gas and the car moves like it’s late for its own wedding, and the adjustable suspension allows you a surprising amount of control over how the car handles. When you drive at highway speeds in Comfort mode, the steering is responsive but forgiving. Switch on the fly to Track mode, and suddenly the car handles like it’s reading your thoughts, changing lanes at the smallest suggestion of a wheel turn.

The interior of the Grand Sport is comfortable. At Shottenkirk Chevrolet in Waukee, General Manager Paul DeYarman said that he has customers who drive the Grand Sport as their everyday car, and I believe it. While the cockpit is as narrow as Corvettes of years past, there is plenty of leg room, improved visibility, and more amenities than previous models.

That being said, there’s also nothing groundbreaking about the Grand Sport’s interior. But that seems to be the tradeoff that Chevy is happy to make with the Corvette: They might not be the most comfort-driven or innovative cars on the market, but they are track-ready and nearly impossible to beat on performance.

The Ford Mustang has the second-longest continual production history among muscle cars, just behind the Corvette. This car is usually the first thing people picture when you talk about American muscle, and movies like “Bullitt” and “Gone in 60 Seconds” have helped make the Mustang an icon among gearheads. And sitting on top in the world of Mustangs is the Mustang GT.

The GT will offer Ford lovers a variety of options, including your choice of a 10-speed automatic transmission or a six-speed manual. No matter which way you go, you’ll be staring down the barrel of a 5.0-liter V-8, churning out 460 horsepower. The automatic transmission actually winds up being a little quicker to 60 mph than the manual (much to the purist’s chagrin), but either way you’re getting there in under four seconds and with plenty of sturm und drang from the Mustang’s beautifully throaty exhaust.

All of this power—and it’s huge power, make no mistake—does come with a caveat, however. All you have to do is hop on YouTube and search “Mustang” and “Cars and Coffee” to find many examples of Mustang owners dramatically underestimating their car’s capabilities and careening off the road because they turned the traction control off and stomped on the gas. The Mustang isn’t quite as unforgiving as, say, the Dodge Viper, but the Mustang requires more driver attention than your average daily driver.

If the Mustang’s driving experience lacks anything, it is mostly only evident in comparison: Cars today have become so technologically advanced that it’s easy to take modern additions like heads-up displays and lane assist for granted. Almost all of those additions are available as options on the Mustang, but as a base model, the GT comes off the line almost refreshingly unfettered. Ford clearly wants as little as possible to get between you and the power at your fingertips, but when you stack the Mustang’s cockpit side-by-side with virtually any other $40,000 car, the Ford looks Spartan.

But man oh man. You get on a clear stretch of highway and put your foot down, and I assure you that none of that matters. When you hear that iconic rumble as the 5.0 takes your heart to places you’ve only read about in books, you could be sitting on a milk crate looking at a hand-drawn speedometer, and you Just. Don’t. Care.

There is a reason Ford has been churning out Mustangs since 1964. There’s a reason why they’re every high school kid’s dream, and every cool movie hero’s vehicle of choice. The Mustang is a legend, and when you drive it, you know why. 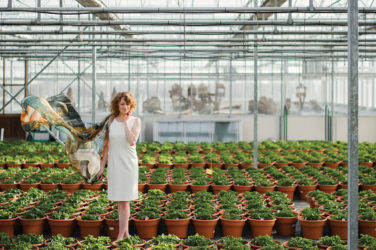 Freshen up your look this season with breezy sophistication. 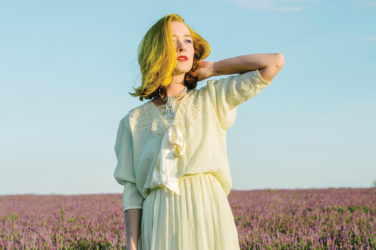 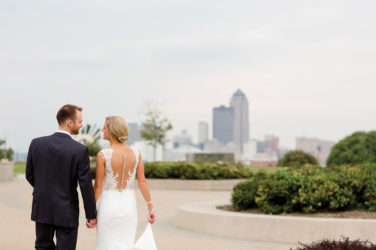