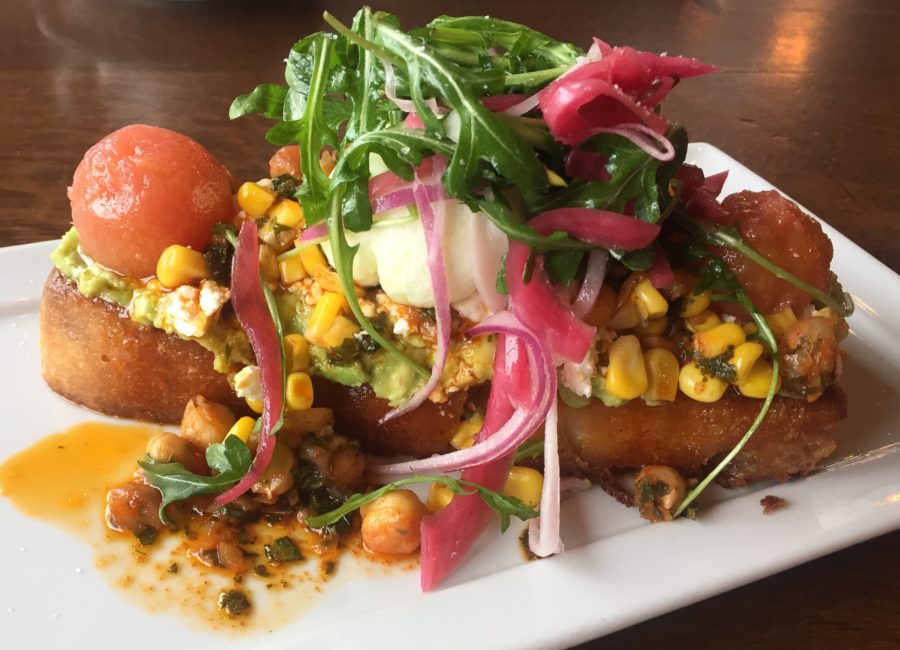 “Here! Here!” A toast to the avocado toast at Eatery A.

Until this year, Eatery A only served noontime meals on Fridays through Sundays. Now, they’ve added brunch/lunch service on Tuesdays, Wednesdays and Thursdays. More good news: To celebrate their fifth anniversary, Eatery A is offering a buy one/get one free lunch special on Tuesdays, Wednesdays and Thursdays during the month of February. Starting today.

Last week, I ventured in to give the hybrid lunch/brunch menu a try. Executive Chef Keith Johnson, who recently took over the kitchen from Nic Gonwa, oversees a dynamite menu: Entrees range from a crab eggs Benedict and lemon-ricotta pancakes (a personal favorite) to shrimp and grits, spaghetti and meatballs and a cauliflower-chickpea falafel. And then there are toasts, salad bowls, sandwiches and wood-fired pizza, too.

Johnson and team have said “game on” to the culinary scene’s ongoing avocado-toast crush, and Eatery A’s is as crush-worthy as any I’ve had elsewhere. Well, almost. I must say I prefer an oozing poached egg over the mostly cooked-through one here, but that’s a personal preference. Otherwise the smashed avocado topped with artfully arranged feta, pickled corn, conserved tomato and chickpeas and a slight tangle of arugula pleased in all the right rich, sprightly and bright ways. My dining pal was equally pleased with her quiche Florentine (aka spinach quiche), which especially stood out for its brown-butter crust and the accompanying shaved-fennel salad. Just lovely.

So, where has former exec chef Gonwa gone? He’s off concepting a new venue with restaurateur Jason Simon (of Alba, Eatery A and Harbinger fame). The new restaurant is taking over the former Chef’s Corner Kitchen spot in Beaverdale. Johnson tells me they’re shooting for a mid-April opening. 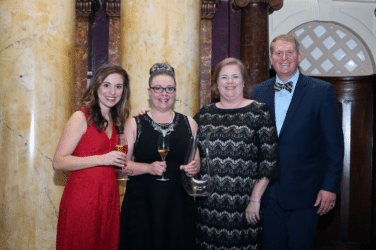 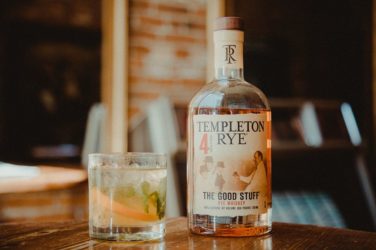 Above: A popular topic of Iowa lore and an elixir for the woes of ...

P.S. Creativity Flows Through Our Employees, Even After Hours

You may not have seen him, but you’ve definitely seen his work as you’ve ...