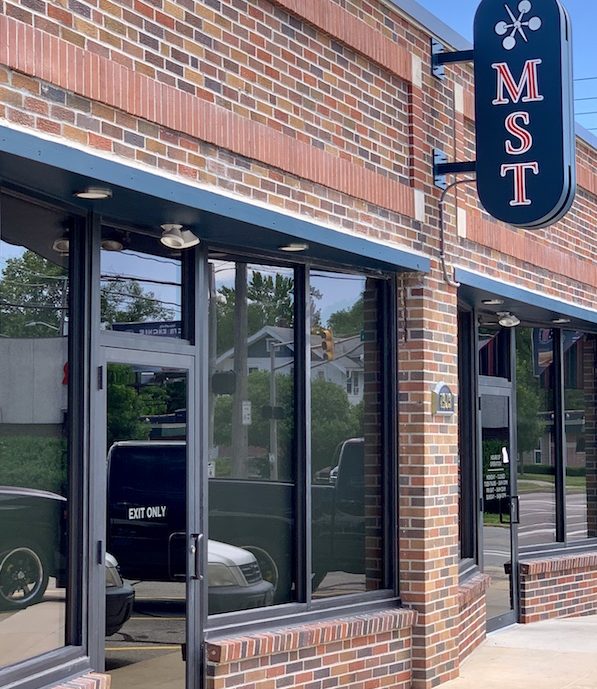 Some of the Chef’s Kitchen traditions carry over in the new Motley School Tavern.
By Karla Walsh
Jason Simon, creator of Alba, Eatery A and Harbinger, continues to expand this local restaurant group withMotley School Tavern, an upscale pub positioned in the former Chef’s Kitchen space kitty-corner to Snookie’s in Beaverdale. Nic Gonwa shifted over from his previous role as Eatery A executive chef to lead the kitchen and join Simon as operating partner of MST—a perfect fit since it will be a true neighborhood spot for Gonwa and his family. “The space is totally flipped,” Simon explains. “Expect cozy but bright, clean and neat.” Think: Wood plank walls, leather-upholstered banquettes, and plenty of natural light streaming in from the large windows up front.Although the space looks different, Simon and Gonwa don’t want you to forget about Chef’s Kitchen. In addition to menu mainstays such as bacon-wrapped trout, onion ring-topped burgers and vegan curry, watch for recipes inspired by Chef’s Kitchen classics such as steak de Burgo and oyster chowder.Class is in session more than for dinner alone: MST opens at 8 a.m. daily (except for when they’re closed on Mondays) to make your morning happier with a stack of pineapple upside-down pancakes, a homemade cinnamon roll or a hearty portion of hash.Motley School Tavern, 1903 Beaver Ave.; 515-279-8075.

Jazz in July Rolls On

By Wini Moranville Really. Sometimes all you have to do is ask. When I ...

By Wini Moranville Bastille Day, the French national holiday that commemorates the birth of ...