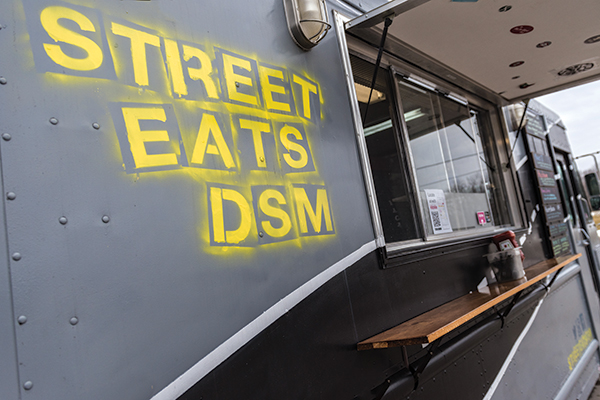 Each week in dsmWeekly, we’ll introduce you to a local food company owned by a person of color.If you’re anything like me, five words will sell you on Aaron Byrd’s food truck: mac and cheese grilled cheese. I ordered from Street Eats DSM a few years ago when it was parked near the Sculpture Park, but sadly missed that item. So I’ll be hustling back, especially after learning more about the story behind how Byrd’s food truck flew onto the dining scene in Des Moines.“Starting by sitting on the kitchen counter and watching when I was 2, I grew up cooking with my mom, grandmother and aunts. Come holiday dinners, everyone was in a kitchen,” Byrd says. So it came fairly naturally for the Kansas City native to enter the restaurant business professionally at 15. Reflecting on the fact that this makes 35 years in the industry made Byrd stop and double-check—time truly does fly. “After all this time, I know what works and what doesn’t work, after having pretty much every position within a restaurant,” Byrd says. So when he was dreaming up a concept for a food truck in Des Moines, a city he moved to 10 years ago with his now-wife, “I named it Street Eats DSM because I didn’t want to specialize in tacos, burgers, pizza—I do everything. I needed the concept to be flexible.”The truck entered the scene six years ago. Since then, Byrd has been rocking the catering and wedding circuit and serving at breweries and office buildings during lunch breaks. (Follow Street Eats DSM on Facebook for Byrd’s latest path, and peek at the frequently updated menu.)While the pandemic has affected his business and normal route, Byrd is hopeful his past clients—and new ones—will come back for more mac grilled cheeses, Philly cheesesteaks and Caprese chicken sandwiches. “I appreciate that people are trying to do something, anything, to be an ally,” he says. “It cannot be a bad thing. It helps me to feed my family and give my daughter a better life. But I want them to support me and all small businesses and food trucks. We support each other.” Until things at his usual office stops return to a more “normal” schedule, Byrd is making the most of his time by spending quality time with his daughter and wife and preparing to launch his next business, which will be ready to book by mid- to late July: Sugarfoot Mobile Bar. 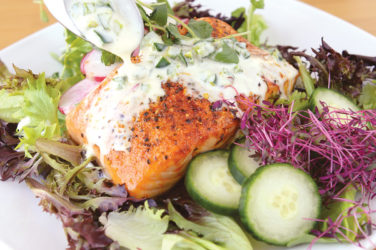 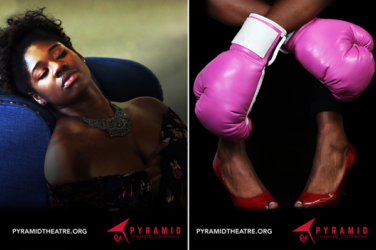 Above: Posters for the new season’s shows reflect the dramatic nature of Pyramid Theatre ...

Winefest on My Mind