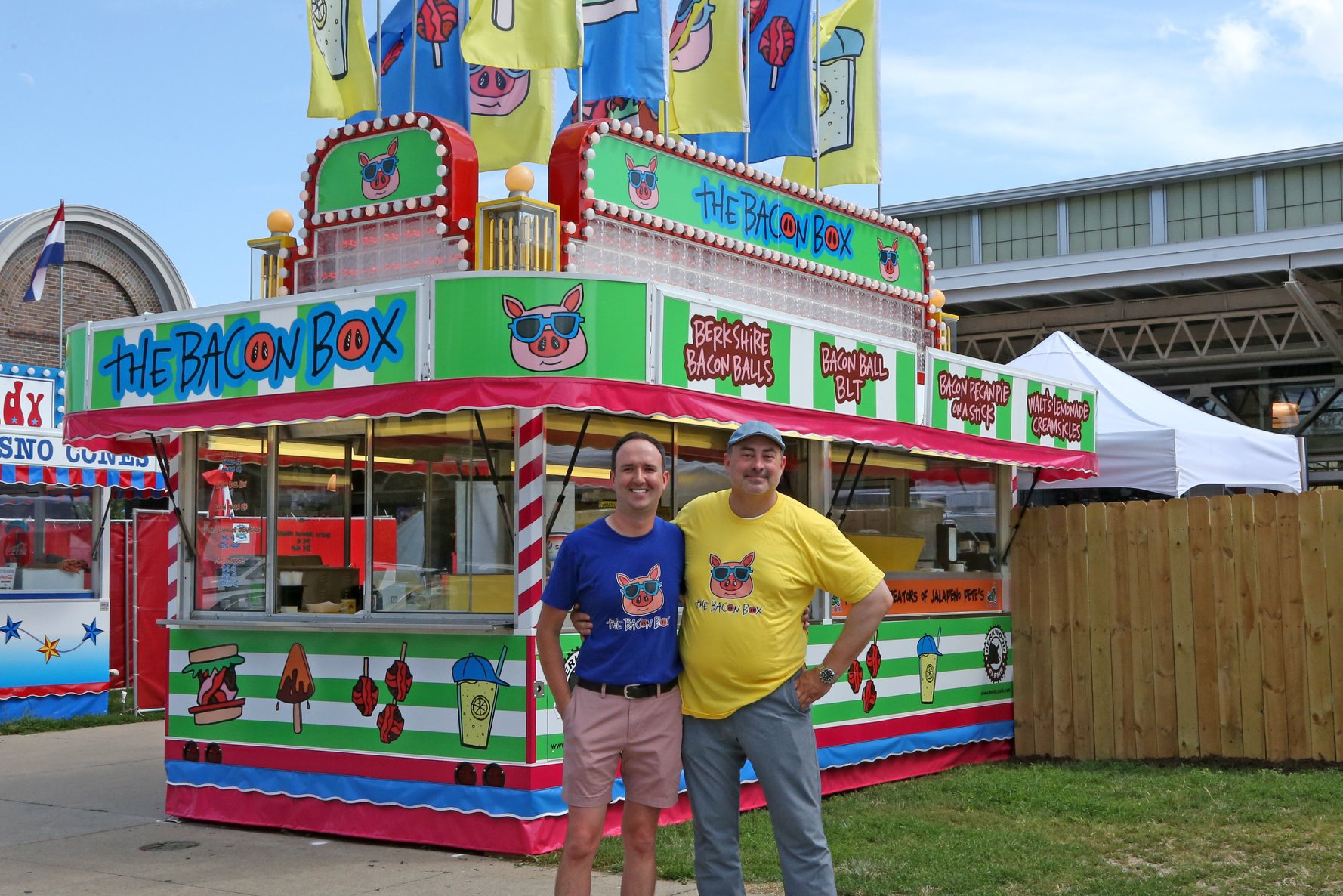 The Iowa State Fair starts Thursday, and Brad Magg and Dom Iannerelli will be ready: They’ve stockpiled bacon balls, their signature menu item, and are hard at work making sauces and lemonade to serve from their stand—called, appropriately enough, Bacon Box.And what exactly is a bacon ball? A pork belly meatball wrapped in bacon and smothered in sauce. They come in three flavors: bacon; chicken, bacon and ranch; and BLT (which then-presidential nominee Pete Buttigieg tried in 2019 and mentioned on the “The Ellen Degeneres Show”). Each is handmade and rotisserie-smoked, cooking off most of the fat and grease. And there’s a surprise in the middle: bacon cheese, which oozes out with every bite. There are dessert options as well, such as bacon pecan pie on a stick and lemonade “creamsicles,” frozen lemonade creations.Iannerelli, director of restaurants at Splash Seafood Bar and Grill and Jethro’s BBQ, and Magg, owner of Goldie’s Ice Cream Shoppe in Prairie City, started Bacon Box in 2019. Given that the fair was canceled last year, “I think I speak for everyone that we’re ecstatic,” Magg says. “We learned last time what we can do better, how we can do things a little more efficiently and be more prepared. So that’s going to make things a lot easier for us at the stand.”Part of the learning curve is making more food in advance. So Magg and his team whipped up 60,000 bacon balls—about triple the amount they prepared in 2019—to be smoked and served over the 10-day event.The chicken-bacon-ranch balls and the bacon balls are $6 or $10 for two. The BLT is $7. Find Bacon Box on the main concourse, across from the Grandstand, on the north side of the Varied Industries Building.

Tacos Good Enough For A Party 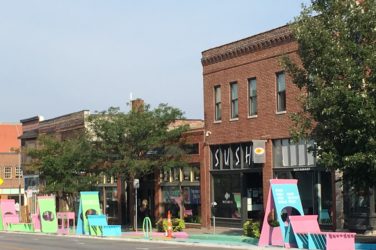 A Splash of Color on East Grand

Pink and blue wooden benches and flower boxes have replaced the rows of plastic ...

The Art of Hanging Art

Nervous about hanging that new work of art you just bought? Or moving some ... 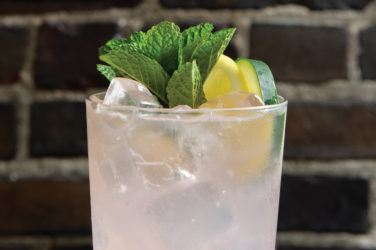 The Garden Soda at Secret Admirer is like a botanical-infused gin and tonic, thanks ...