The bus is swaying along 7,000 feet above sea level, covered with fine red dust, when we come upon an incredibly deep ravine and a narrow bridge and two sentries lounging behind a half-circle of sandbags with a mounted machine gun perched next to them like a praying mantis.  The brakes squeal.  The sentries straighten.  And the old man who has fallen asleep against me starts to fall forward before catching himself and lifting his woolly head, smelling of wood-smoke.

“Awzunalow,” he says, apologizing as he pats my leg.

While blood rushes back into my numb shoulder, I look to my father and see that his jaw muscles are popping.  He lifts a hand to knead his forehead where the receding hairline has created a black prong of hair.  He grimaces at me in a sympathetic way.

I have already grown accustomed to checkpoints in Addis Ababa, where many of the neighborhood police recognize the bus from my boarding school.  But here, two hundred kilometers to the south, I know, as he does, that nothing will be predictable, especially since the two of us are probably the only foreigners these sentries have seen for a month.  Westerners with western clothes and haircuts.  From America, no less.  Enemies of the state.  And the younger one—that’s me—acting like one of the Beatles, with a mop of black hair and a smile turned up at one corner as if hiding ironic thoughts.

The soldiers step onto the bus, unslinging their Kalishnikov weapons.  They command everyone off, and as we file forward, I spot an officer emerging from his sentry shack.  He is thin and haughty with latté-colored skin and a mouth pinned down by slit-like wrinkles.  He stretches as if easing an ache.  At his back are the shrouded peaks of several mountains.  Down the rocky scree, beside a torrent of yellow water, lays another bus like ours, only it is flipped on its side like a discarded toy.

I feel the old wariness of being back in the “battle zone.”  For three weeks I have relaxed my guard while ensconced in a remote mountain-pass where my parents are trying to revive an abandoned medical clinic.  Out there, I have allowed myself to act as if the Ethiopian revolution is someone else’s bad dream.  Now, however, the sullen sentries and the wary travelers bring it home: the war is not over yet.

I assume these guards will demand that a few passengers open their bags, starting with us.  I am right, which means everyone stands around curiously as the driver sends his servant boy up to untie our suitcases and toss them down.  The burgundy Samsonites stand out next to all the cloth bundles and wooden crates.  What might lie inside?  The crowd cranes while the soldiers unclasp my case then my father’s.  Everyone is curious except the old man who slept on my shoulder.  Instead, he clucks, shaking his peppery head.  When I glance at him, he shrugs as if to say, “What can you do?”

I am glad the guards seem bored, shoveling at the folded clothing.  Then one of them bumps Dad’s Bible into the open and their officer steps forward.

“Why do you write here?” he asks in English, flipping through the marked pages.

“It’s a way to remember things.”

“Why do you need to remember?”

I can feel my face tighten.  I will have no control over how my father responds, and I know he will feel obligated, as always, to share what he believes.

“No,” says the soldier, sneering.  “Don’t you know, this book keeps people sleeping.  This stops us becoming strong.”

Dad smiles a little too warmly. “Why would God want to make us weak?” he asks.

The soldier curls his lip.  He glares.  “What are you?  Missionary?”

I taste hot citrus at the back of my throat, reminded of the water I boiled from our cistern just yesterday and how I tried to mask its rancid flavor with powdered Tang, forcing myself not to think of the dead rat I found floating in the tank.  I want to reach across and cover my father’s mouth.  I want him to shake his head and get back onto the bus.  Let them have the Bible.  We can get another.

“You are doctor, but you think Bible is good?”

As the officer sneers, contemplating his options, I feel the primal tension of being a son—proud of my father’s courage yet embarrassed, longing to emulate him yet troubled, not sure (to be brutally honest) whether I trust his vision of the world and of a God who presumably hovers over it all, always safely in command.  Is God really there taking note, ready to intervene if necessary?

Maybe, I think, we shouldn’t have ever come back to Ethiopia.  Maybe we should have just stayed in Kansas. 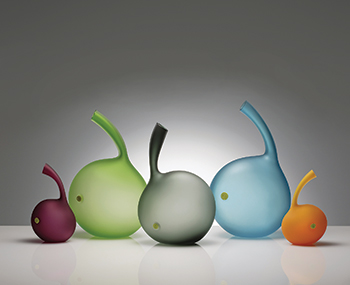 How are artists chosen for the Des Moines Arts Festival? This year’s jurors give ...