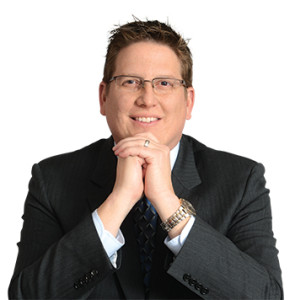 54: Number of neighborhood associations in Des Moines. Neighborhood engagement is a major priority for Sanders, who believes that strong neighborhoods are key not only to ensuring a high quality of life but also to helping solve the city’s budgetary constraints. Residential neighborhoods generate two-thirds of Des Moines’ property tax revenue.

“Hugs from the kids.”: What he can’t start his day without. Sanders and his wife, Christie, have two children: Ashlee, 10, and Eric, 6.

Spider-Man: His favorite superhero. “I’ve always thought I could be a good climber, but I’ve never done it.”

“Braveheart”: His favorite movie. The film’s historical perspective appeals to him, “but I’m also drawn to Scotland. My wife and I spent our honeymoon there and in England, and I’d like to go back.”

Neuschwanstein Castle in Germany: One of his favorite places. Castles intrigue him because of their architecture, history and functionality.

“I could do it.”: What he told himself about the city manager’s position when he decided to apply. An assistant city manager at the time, “I had set my sights on the deputy city manager position.” But when city employees were encouraged to apply for the manager’s position, “I did more soul searching and thought, ‘Why not take it all the way ’ ”? Sanders also has served as finance director for Des Moines, West Des Moines and Council Bluffs, among other positions.

A hand-carved rhinoceros: A gift from his grandfather that led to a collection. “When people found out how much I cherished the gift, they just kept giving me rhinoceros collectibles. … I always knew what I was getting for Christmas.”

Volleyball: His secret talent. He also enjoys wallyball, which is played on a racquetball court.

Genealogy: His favorite hobby. “I’ve always been a history buff, and I picked up an interest in genealogy from some of my aunts and uncles. I was the oddball kid in high school who’d spend Saturdays researching genealogy at the Omaha library, surrounded by people who were much older than I was.”

“A Norman Rockwell scene”: How he describes one of his favorite memories: holiday gatherings at his grandparents’ home with his 18 cousins. Sanders grew up in Council Bluffs and remains close to his extended family.

Leonardo da Vinci: Historical figure he’d like to meet.
“I’m intrigued by people who envision the future correctly before their time.”

Wheat pennies: What started his coin collection, when he was in middle school.

100-plus: Number of email messages he gets each day. “I’m still trying to figure out how to get through them all.”

Home Is Where the Hope Is

The dsm team took over Hoyt Sherman Place to photograph the costumes that will ...