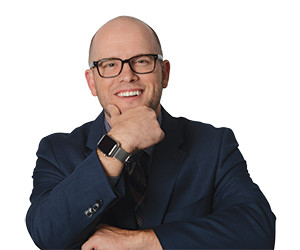 Age in May last year when he became publisher of The Des Moines Register. The public-figure aspect of the job “has been an adjustment.” Previously, he had gigs with Josten’s, The Wall Street Journal, Barron’s, MarketWatch and Meredith Corp.

His last vacation, which he took with with his wife, Theresa, and daughters, Carson and Julianna. Prior travels include England, Russia, East Asia, Australia and Mexico.

Words he lives by.

“Bad action and sci-fi movies … anything with Jet Li.”

What makes him laugh.

“Finding that balance between keeping things happening during the week and a laid-back weekend with family and books.”

His grandfather’s pocket watch and an old Underwood typewriter.

His way of reducing stress; he’s looking forward to his first RAGBRAI.

The most interesting people he’s met.

An Apple Watch and iPhone 6s.

What he could see himself doing if not for the current job.

The 2016 models are designed to bring them more in line with the existing ...