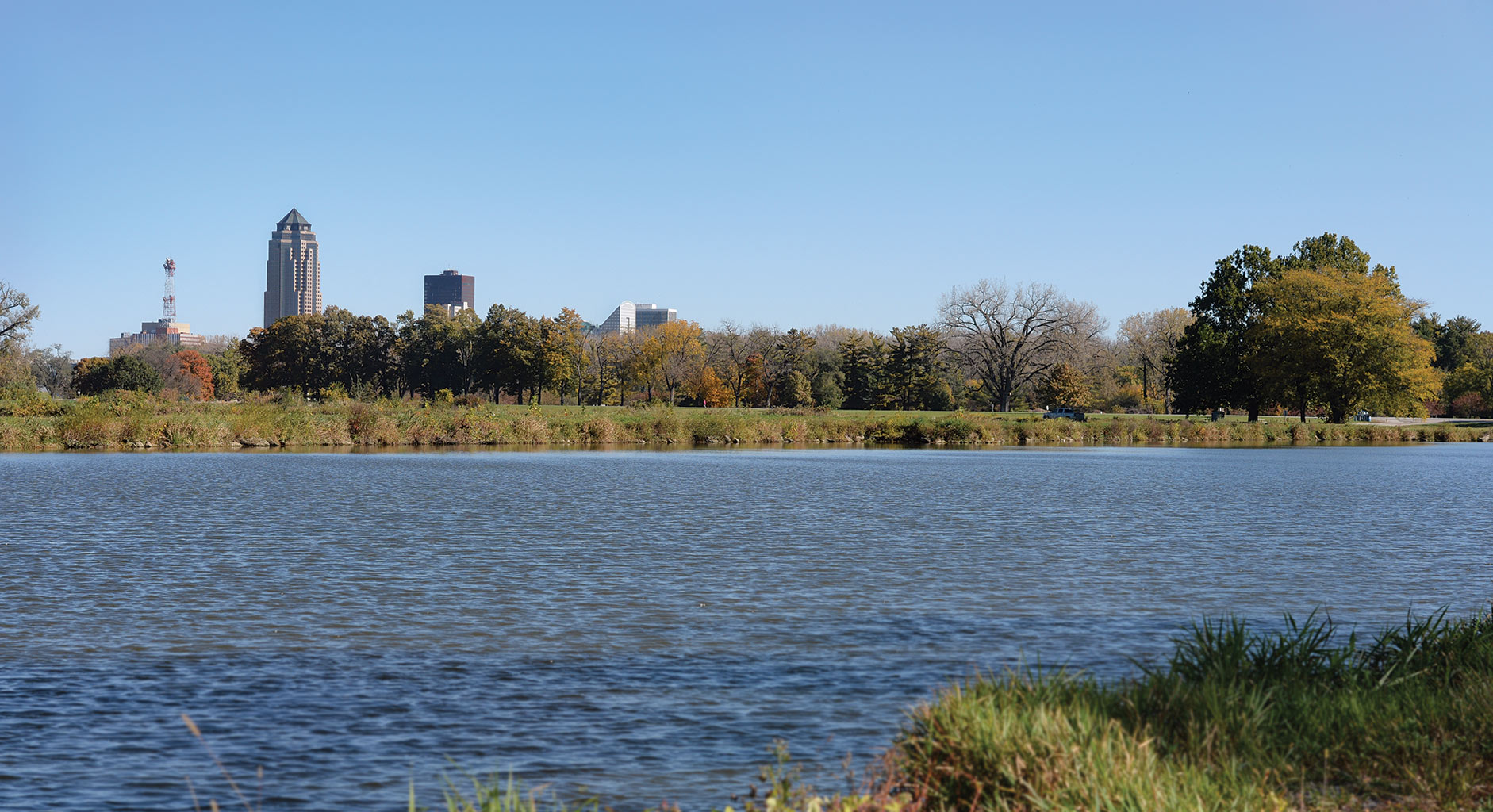 The art inside Trudy Holman Hurd’s 22nd-floor condo in the Plaza complements the tidy living room, including a reading chair sculpted of fire-engine-red metal and placed on a white carpet.

Here sits Holman Hurd, who has been working to carry on the legacy of her late husband, David Hurd, since his death in February 2016. She gets up to retrieve a collection of his jewelry and carefully lays out 22 lapel pins on a table for examination: A silver crane with gold legs. A silver fish with a red-jeweled eye. A gold pig with a green-jeweled eye.

Holman Hurd smiles. “He used to say, ‘Women shouldn’t be the only ones who get to wear beautiful jewelry,’ ” she says.

But David Hurd—a former chairman and CEO of Principal Financial Group, a visionary leader, and a generous donor to many causes and projects—wore lapel pins as more than objects of beauty. For him, they were also a conscious tactic for starting conversations with people about the many issues he cared about, notably the environment and the ongoing improvement of Greater Des Moines.

In the months following Hurd’s death, a new lapel pin was commissioned in his honor as part of a fundraising effort called “Hurd Visionaries: A World-Class City.” Designed by local jewelry maker and goldsmith Ann Au, the pins are being given to donors of $10,000 or more to a project that Hurd was championing at the time of his death: the improvement of Des Moines’ Water Works Park.

Hurd Visionaries see Water Works Park as Hurd did: as a place that not only builds on a vision for a world-class city, but also serves to protect the environment, in particular the water for 500,000 Central Iowa residents. At 1,500 acres, the park is nearly nine times the size of Gray’s Lake Park and roughly twice the size of Central Park in Manhattan.

The project got its start in 2011, when Des Moines Water Works, together with Iowa State University’s College of Design, launched an international competition called “Parkitecture.” The result was a master plan for the park developed by the design team of Sasaki, a China-based firm with U.S. headquarters in Watertown, Massachusetts; RDG Planning & Design of Des Moines;  and Brodhead, Wisconsin-based Applied Ecological Services.

The plan laid out a vision for the park as a place to celebrate clean water by conserving the land and enhancing the natural water filtration system; by adding recreational opportunities to draw more people into the park; and by engaging visitors with educational exhibits encouraging people to think about water and how to protect it. A separate nonprofit entity, the Water Works Park Foundation, was created in 2013 with the task of fundraising and of implementing the master plan. (Editor’s note: Writer Gunnar Olson serves on the foundation’s board of directors.)

Doug Reichardt, retired chairman of Holmes Murphy and an early proponent of the project, says plenty of established leaders were ready to roll up their sleeves to set the master plan into action. But he adds there was a moment early on when foundation leaders consciously decided to use the project as a learning experience for the next generation of community leaders.

As Reichardt says: “You’ve got to put them in a real, live game.”

The idea for the foundation to serve as a leadership incubator is visible in its organizational chart: The governing board of directors is made up of 20 people who, while accomplished in their own right, have comparatively little experience with a major fundraiser for a project of this scale and complexity. Most of the board members are younger than 50.

Board members, in turn, are supported by advisory committees, whose members act as their mentors and whose names carry weight with potential donors. They include, in addition to Reichardt, Johnny Danos, Janis Ruan, Charlotte Hubbell, Sharon Krause, Connie Wimer, Dr. Richard Deming, Michael Gartner and Virginia Lauridsen. Bob Burnett is honorary chair of the campaign. (Before he died, Hurd also was an honorary chair.)

“It’s this great marriage of both past and future community leaders,” says Sam Carrell, the foundation’s executive director.

The results, Carrell says, are visible in the donations. Through the end of October, the foundation had raised nearly $6 million toward a goal of $9 million for the first phase of development, which is clustered on the eastern side of the park. Planned improvements include a new two-way amphitheater; a passageway underneath Fleur Drive to provide a safe connection between Gray’s Lake and Water Works Park; a “celebration lawn,” one of the two large open spaces on either side of the amphitheater; and a natural play area and educational exhibits.

While 65 donations had been received as of press time, a few donors have led the way with gifts ranging from $500,000 to $1.5 million: Virginia and Nixon Lauridsen, Janis and John Ruan, and Charlotte and Fred Hubbell. Donors with gifts ranging from $200,000 to $500,000 include Doug and Debbie Reichardt, Michael and Barbara Gartner, Trudy Holman Hurd, and Bob and Christie Boesen.

The Community Foundation of Greater Des Moines has granted or pledged nearly $1 million, and corporate leaders have stepped forward with another $850,000. Specifically, Principal Financial Group has pledged a corporate challenge grant of $500,000, providing a dollar-to-dollar match to other corporate gifts up to that amount. As of press time, Kemin Industries, Wells Fargo, Graham Group and JSC Properties had made eligible matches totaling more than $350,000.

Trudy Holman Hurd has taken David Hurd’s place as an honorary chair of the campaign, and the late Gloria Burnett also was added as an honorary chair in memoriam. As the foundation approaches its fundraising goal, organizers hope the lapel pin being offered as a donor recognition through the Hurd Visionaries project will help them reach their target.

After David Hurd’s death, the lapel pin became a way for his friends to remember him. Mourners were encouraged to wear them to his memorial service. Mary O’Keefe, a friend and a former Principal colleague, brought a box of lapel pins to the service for others to wear if they didn’t have one. Holman Hurd gave away more lapel pins than she can count to family members and close friends for whom the pins had meaning.

Family friend Carl Voss had the idea to use lapel pins as a way Hurd’s admirers could carry on his legacy. Voss, Holman Hurd, Carrell and foundation President Randy Reichardt conceived the idea of using the lapel pin as a donor recognition for the park.

The foundation then commissioned Au, who owns the custom jewelry and art gallery 2AU Ltd. in Valley Junction, to design the lapel pin. Au says she put a lot of thought into finding a sensitive way to symbolize a place as vast and multifaceted as Water Works Park. The resulting abstract design consists of a rippling panel of silver overlaid with a small ladder (see photo, page 111).

“I feel the piece captures the essence of Water Works Park,” Au says, “with the flowing silver representing nature, and the hard lines of the ladder as the human touch, the built environment, done in a sensitive way to connect with nature.” The ladder also makes for a subtle “H” for Hurd, she adds.

The lapel pin is significant from a fundraising perspective.

Many of today’s donors want something other than plaques as a recognition of their gifts, says Josh Faber, partner at Windsor Heights-based Renaissance Group, a consultant for the Water Works Park Foundation. The Hurd Visionaries lapel pin achieves that: It acknowledges significant donations to Water Works Park with something unique.

But there’s a larger significance to the Hurd Visionaries lapel pins. They come with a charge to anyone who receives one—to wear it, invite conversations, and talk with others about their vision for Water Works Park and their aspirations for Greater Des Moines.

For Holman Hurd, that means carrying on Hurd’s legacy.

Trudy: Let me tell you about it.

Trudy Holman Hurd doesn’t know if David Hurd set out to collect lapel pins, or if the collection emerged in some other way. One of his former Principal colleagues, former Senior Vice President Mary O’Keefe, believes it started as a kind of personal protest to what he saw as an inequity between the sexes. The male is often the more colorful gender of other species. Why shouldn’t men dress up a bit and adorn themselves?

O’Keefe recalls Hurd walking into her office in the early 1990s on his way to a Christmas party where all the guests were supposed to dress up in holiday attire. She was wearing a lapel pin, a Santa Claus in silver with a bag in gold. Hurd didn’t know what he should wear for “Christmas attire.”

Hurd: What does that mean for men? Put on a tie?

O’Keefe: Dave, do you want to wear my pin to the party?

But this quiet protest, easily dismissed as a whimsy of the quirky Hurd, turned into something much more, O’Keefe says. The more Hurd wore lapel pins, the more he noticed how people reacted. They would see the pin, approach him and ask him about it.

“This is a small example of his thoughtfulness and brilliance,” O’Keefe says of Hurd noticing people’s reactions to his lapel pins “and then consciously using it to better the world.”

In the mid-1980s, David Hurd was among a group of community leaders who met at the Des Moines Club and brainstormed ways to improve the city. Doug Reichardt, who’d recently become president of Holmes Murphy, was part of that group. Reichardt recalls how the group had come up with a list of potential projects and was working to identify priorities. Reichardt says Hurd was waiting until the right moment to speak up.

“He said, ‘Our problem is, we don’t think of ourselves as a world-class city.’

It shocked me,” Reichardt says, recalling goose bumps, “that someone was thinking about Des Moines in that manner. And I think it shocked the group—to aim so high.”

Reichardt says that moment remains vivid in his memory today, as it had the effect of giving permission to community leaders to think on a grand scale of what Greater Des Moines could become—and to act boldly to make it happen.

Such was Hurd’s ability to imagine the possibilities that he became a kind of leader among community leaders, Reichardt recalls. It was often Hurd who identified which big project they would tackle next. For example, Reichardt says, Hurd was the first leader to conceptualize the revitalization of Gray’s Lake.

At the time of his death, the next big project Hurd was working on was a westward expansion of the success of Gray’s Lake—into Water Works Park. 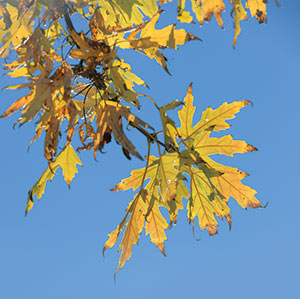 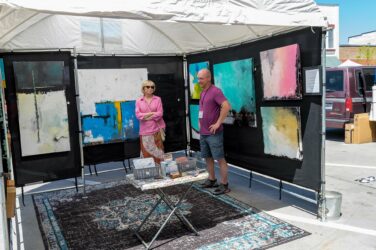 Attendees will be able to view and purchase original works from Iowa artists at ... 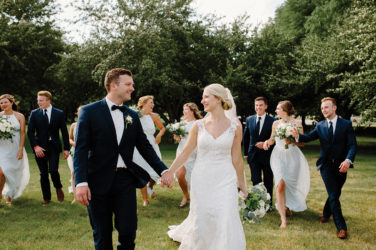 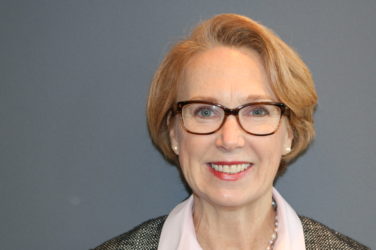