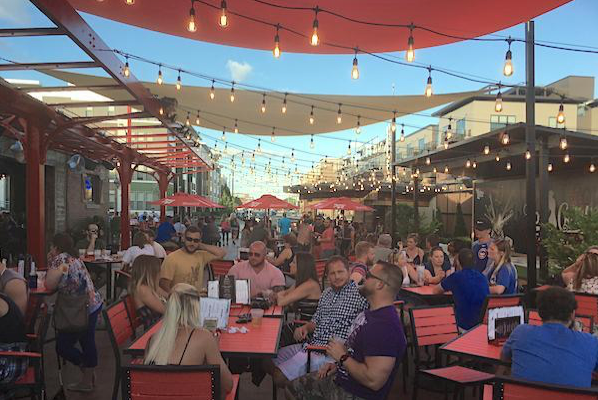 Above: At the Tipsy Crow Tavern, facing Third Street, the indoor space is to the left; an outdoor bar and stage are on the right. Patios wrap around the building.

Two new taverns have just opened, each with enormous outdoor space where you won’t feel like you’re dining on the sidewalk.

The Tipsy Crow Tavern is on Third Street, adjacent to the railroad tracks and in line with the Hessen Haus on Fourth Street. Although unrelated, they are now Siamese twins joined at the … middle.

“This will be an entertainment venue,” says owner Steve McFadden, standing next to the site’s ample stage. With space indoors and out, the Tipsy Crow can handle up to 800 people, McFadden says. This isn’t just another beer hall; you’ll find a tavern-style menu with everything from salads to sandwiches and $3 tacos. Drink choices cover standard bar and soft-drink options, plus some fresh juice drinks, all just a couple of blocks west of the Des Moines River.

Upstream along the river, adjacent to Birdland Marina, you’ll discover a giant patio space and a deck overlooking the river at the recently opened Captain Roy’s, home of Fish Fry Fridays (cod, not catfish) and smoked, pulled pork sandwiches on an all-American menu. Captain Roy’s has presented several entertainers already; for the Fourth of July, Johnny Novacaine performs from 4 to 7 p.m.

A Red that Tastes Great Chilled 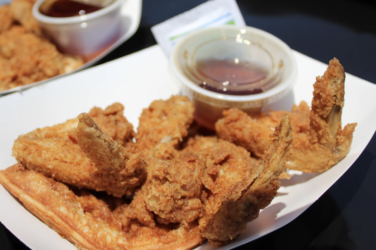 At The Table With G.G.’S Chicken and Waffles 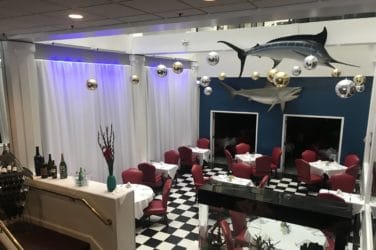