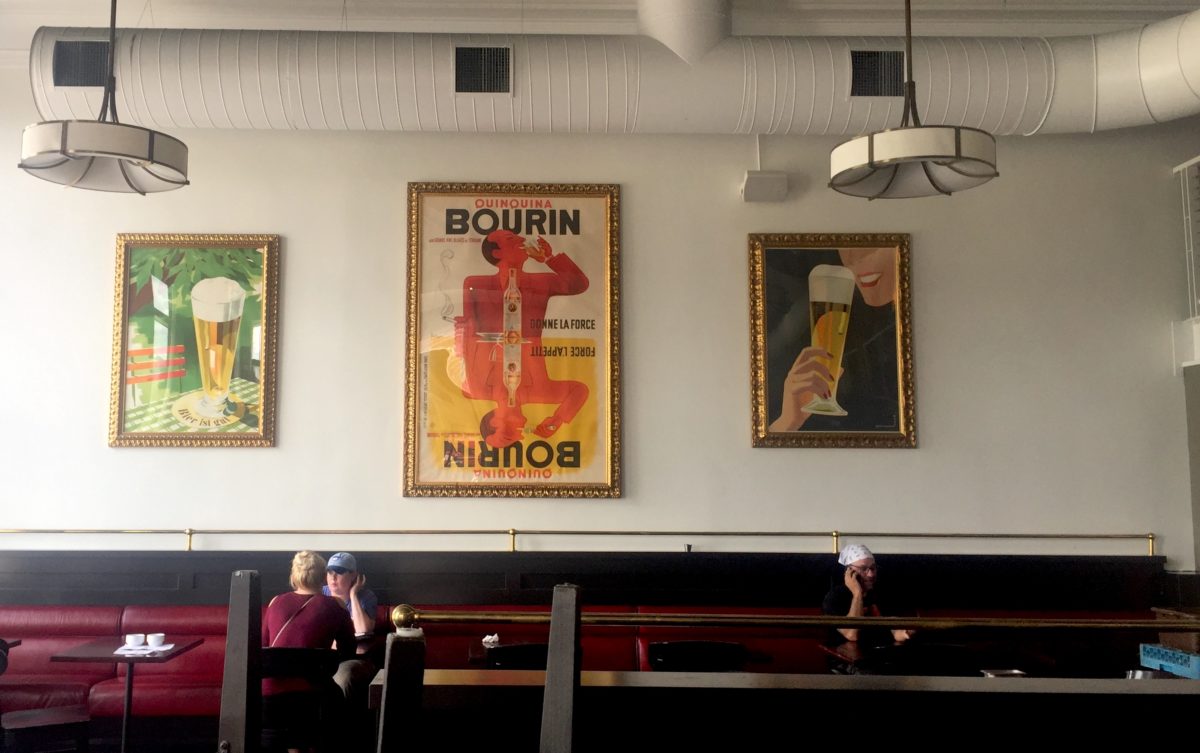 Above: Django is making a comeback, with a mix of new and delightfully familiar fare, just a few blocks from its former location.

Django is set to reopen sometime during the week of Aug. 12 at 1420 Locust St. I recently toured the space, and even though the location is entirely new—with a bonus of natural light streaming through the two-story windows—the interior offers familiar touchstones: the U-shaped bar, the red banquette booths, handsome drum-shaped chandeliers, the artful copper pot installation and that giant, mesmerizing map of Paris.So what’s new? I sat down for a Q&A with new executive chef/partner Derek Eidson, who was previously executive chef at Centro, and founding chef/partner George Formaro. Here’s what I gleaned (answers have been edited for brevity):Q: You’re opening very soon. What are you most excited about? Eidson: The mussels! We’re going to try to bring more Belgian influence in—we’re making a version with gueuze (a Belgian beer) instead of wine. We’ll have 10 beers on tap, including a Belgian gueuze and a Belgian saison. We’re also doing a curried version of mussels—something I discovered when traveling in France.Formaro: I’m really excited about the patio—I always wanted a patio for this restaurant. I’m also excited about offering brunch on Saturdays [as well as Sundays], complete with raw bar options. That’s new.Q: Tell me about some of the things that are new or newly revised on the menu.Eidson: We’re doing a classic crab Louie salad, as well as a curried chicken salad that’s a re-imagined Cobb. We have a roast chicken served with a chicken-liver sauce. We’ll do a foie gras torchon (a classic French version of a foie gras terrine). We’re also doing new versions of pâté and rillettes on our charcuterie plates.Formaro: The beef Bourguignon is now made with short ribs; our macaroni gratin has changed—it now has Gruyère, Comté, and Reblochon cheeses.Q: Any long-standing favorites on the menu that went unchanged?Eidson and Fomaro (in unison): The scallops!Eidson: Those, and the blue cheese mussels will return. Everyone I run into on the streets tell me they want those. The steak-frites and their sauces, the New York au Poivre and the steak Rossini haven’t changed. In fact, quite a few things didn’t change at all.Formaro: We didn’t change things just because there’s a new sheriff in town. If we thought we could do better with a dish, we did. That was the only motivation behind what changed.Django is now at 1420 Locust St.; 515-288-0268; djangodesmoines.com.

Pastry Shop Destined to be Golden

Nonprofit leaders can sharpen their decision-making and financial skills through the Community Foundation of ...

By Wini Moranville    For one night only, the city’s premier seafood restaurant will ... 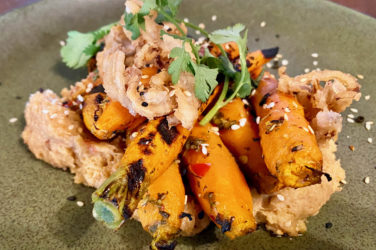 Trailside Tap Will Draw You To Uptown Ankeny