The idea of the noble starving artist never caught Amy Uthus’ imagination. Instead, “I’ve been very fortunate to be able to find projects that sustain me,” says Uthus, standing amid the bowls, vessels and delicate panels in her Des Moines studio. “I never wanted to be that stereotypical starving artist. I’m happy and able to make a living doing what I love.”

The metro area’s thriving arts community has been good to her, the 32-year-old Uthus says. From the RDG Planning & Design residency that brought her here in 2012, to the Iowa Arts Council grant that allowed her to create new work last fall, to the myriad opportunities she’s had to teach art to students young and old, the North Dakota transplant says she’s grateful for every chance she gets to hone her craft.

Yet her career as an artist almost didn’t happen. When she started at North Dakota State University, Uthus was a pre-med student. One biology class later, she realized that medicine wasn’t for her.

It was in a drawing class, taken to fill her general education requirements, where the idea to major in art came to her.

“One day we had a model in class and I was drawing the shoulders, and the professor came and looked over my shoulder and said, ‘You’re good at this. You should be an art major,’ ” she recalls. “I was like, ‘What?’ It had never occurred to me that I could actually do that. I mean, I knew it would be a pretty good fit for me, but until then, I had done it just for fun.”

Uthus went on to get degrees in art and English from North Dakota State, and then a master’s in ceramics from the University of Massachusetts Dartmouth. In 2012, shortly after graduation, Uthus was invited to be an artist-in-residence and education coordinator at RDG Dahlquist Art Studio in Des Moines.

At RDG Dahlquist, classes are offered in a variety of ceramics-related topics, including how to throw on a potter’s wheel, printmaking on clay and glaze formulation. The residency allowed Uthus to share her knowledge and experience with students of all ages.

Brian Fredriksen, a production manager at RDG, knew Uthus would be a great fit from the start. “Just from seeing her work, it was obvious that she had a lot of control and mastery of the material. You could tell she knew what she was doing,” he says. “That was a big part in us wanting her to come here. She was very organized and methodical. It was interesting to watch her work.”

Although Uthus enjoys teaching, art is her full-time job, she says. She specializes in a technique called slip-casting. In slip-casting, liquid clay is poured into plaster molds and dries into a layer. Uthus uses the technique to form thin, almost translucent panels that seem to play with light. Grouped together, hung with brass wire or merely stacked against one another, these cracker-thin panels form some of her most striking installations.

“I am drawn to porcelain because of its translucency,” she says. “Mainly, how something like clay can come out of the ground and you can get it so thin that you can actually see color behind it. It’s almost like glass.

“I like how it looks really fragile, but it actually has this strength inside,” Uthus continues. “I think that speaks to humanity a little bit—that people have this strength that you don’t really see on the outside.”

When she’s not in the studio, Uthus continues to teach for Johnston Community Education, the Des Moines Art Center and the After School Arts Program (ASAP), a multidisciplinary arts enrichment program for students in third through eighth grades at 14 schools in Des Moines.

“The kids love Amy,” says Michelle Bolton King, executive director of ASAP. “She provides a gentle and kind voice as she’s giving instruction, and she has this balance in her approach that helps students understand the techniques but also that allows for freedom in expressing themselves.”

Uthus says the kind of art education that Des Moines children receive is one of the reasons artists thrive here.

“I think people are educated about the arts here in part due to the (John and Mary Pappajohn) Sculpture Park and the Art Center, but I’ve really been impressed with art education in schools,” she says. “Just the fact that they have it is really something.

“I think a lot of the issue with artists not being understood is that most people have never created anything before,” she adds. “People don’t always understand that it’s a process. You’re paying for an artist’s experience, trial and error, their education and everything that they’ve done to make that art. It doesn’t just happen overnight.”

Jody Gifford is a former reporter for The Des Moines Register and Patch.com. As a freelance writer, she loves meeting artists who have parlayed their talents into a career: “The act of being creative is hard. Making it your business is even harder. Stories like Amy Uthus’ are inspirational to those of us trying to make art our life’s work.”

Meet three Des Moines women who are bringing vision and creativity to the city’s ... 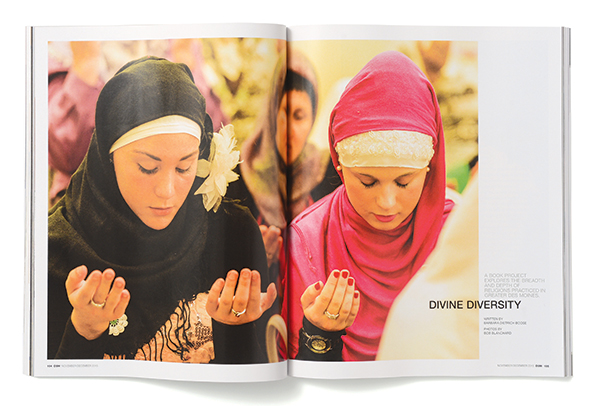 You Speak, We Listen