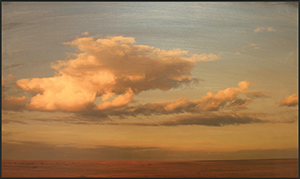 In January, as presidential hopefuls scoured the state seeking support, candidates of a different kind were vying for my vote. I found myself in a caucus of five, voting on artwork rather than politics. Specifically, we were selecting the artists to be invited to the Des Moines Arts Festival in June.

Unlike the seemingly endless political election cycle, we had to make our decision in a mere 2 1/2 days—narrowing the field from 952 applicants to the 175 who will participate in the festival. Our voting booth was a blacked-out conference room in the new offices of the Greater Des Moines Partnership, where we reviewed nearly 6,000 images, projected on giant screens, of the artists’ works. The jury was blind, meaning we were to base our decisions solely on the work; we didn’t know the names or backgrounds of the artists.

The first round of voting, during which we used a slick electronic system called ZAPP, was anonymous. Then the collaboration—and the real fun—began. In the second, third and final rounds, we voted by raising our hands and, like Democratic caucusgoers, lobbied for the work each of us wanted—or didn’t want—to include in the festival.

While each juror had individual tastes and preferences, the spirited conversations certainly helped me appreciate aspects of artwork I otherwise would have dismissed. The depth and breadth of the other jurors’ knowledge—from the recognition of a Banksy knockoff to an understanding of 19th-century photographic techniques—was impressive.

The result? A strong mix of works—including paintings, prints, photographs, jewelry, sculpture, multimedia, ceramics and fiber—by an extraordinarily talented group of artists. Find out for yourself at the Arts Festival June 24-26 at Western Gateway Park (for a complete list of artists and other details, visit desmoinesartsfestival.org). In the meantime, check out a sample of works by a few of the artists you’ll meet in June: 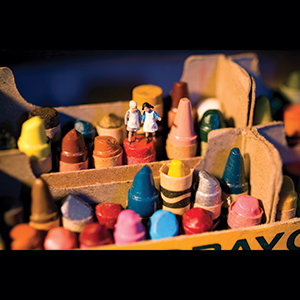 Audrey Heller of Berkeley, Calif., draws from her background as a theater set and lighting designer in creating photographic works. Her mixed-scale scenarios seem to imply a story; she says she uses “the disorientation that results from these surreal scenes to draw attention to the beauty and power of everyday objects and daily interactions.”

Chris Dahlquist of Kansas City, Mo., combines historical photo processes with contemporary materials and technology to create mixed media photographic works. In her artist’s statement, she says she seeks to create “quiet images of ‘in-between’ spaces. I photograph islands of solitude, places with more memories and daydreams than fireworks, moments where we must be mindful to appreciate the subtle beauty that resides there.” 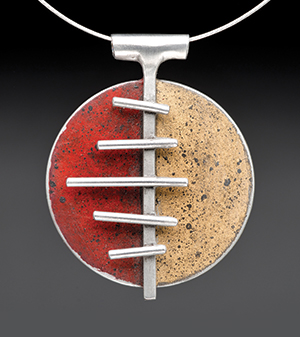 Motivated to “upcycle” and help conserve natural resources, Eric and Melynda Candee of Salida, Colo., make jewelry from vintage automobile metal, other reclaimed metals and stainless steel. They travel to auto salvage yards around Colorado and “harvest and reclaim metal ourselves,” they say on their website. “We are drawn to a palette of colors from vintage automobiles from the 1950s, ’60s and ’70s and love the patina of old paint on metal.”

Art Week returns with a vibrant series of events leading up to the Des Moines Arts Festival.

It was one of those “Why not Des Moines?” moments. A few years ago, David Safris, president of Visionary Services Inc. and an avid collector of urban street art, was attending Art Basel Miami Beach, North America’s premier contemporary art fair, which showcases some 250 galleries from more than 30 countries.

“Art Basel was the official show, but there was so much more going on at the same time,” Safris says. Each year, the show spawns dozens of satellite art fairs, plus pop-up clubs, public art installations, and numerous events and activities hosted by luxury retailers, museums, restaurants, designers and more.

Inspired by the experience, Safris recalls thinking, “Let’s do something like that in Des Moines.” He envisioned the community’s collective energy being harnessed to engage people in the arts and cultural scene in fresh, inspiring and diverse ways. He started calling people to drum up interest, “and Liz was the only one foolish enough to call me back,” he says with a laugh.

Liz Adelman, owner of Adelman Public Relations, shared Safris’ vision and enthusiasm. The result? Art Week Des Moines, which launched in 2015 with some 50 events that ranged from an architectural tour to an art exhibit in the lieutenant governor’s office to a 15-minute graffiti video on a downtown bridge. Art Week will return this year June 20-26, culminating, like last year, with the Des Moines Arts Festival.

The Arts Festival, in fact, was a catalyst for the development of Art Week, Adelman and Safris say. “The aha moment last year was realizing the Arts Festival could be the anchor, with Art
Week leading up to it,” Adelman explains.

“Our pitch was that each Art Week event would add to the energy of the whole,” Safris says.

Adelman and Safris emphasize that Art Week itself is neither an event nor a nonprofit organization. Instead, they describe it as a volunteer-based movement. “The model is that there is no central control,” Safris says. “We see ourselves as facilitators, a resource. Art Week doesn’t host anything; rather, it’s a decentralized community platform where people, organizations and venues can showcase what they have to offer. … When people come to us with their big ideas and dreams for Art Week, we say, ‘You should do it—go for it.’ ”

Thus, Art Week is intended to be inclusive, interactive and collaborative and can involve nearly any art form, such as theater, music, dance, visual art, film and the culinary arts. Cross-promotion is encouraged. With the exception of a dinner, all events last year were free, and Adelman and Safris are hoping for the same this year.

“Art Week is for everyone,” Adelman says, “from the art aficionado to someone looking for something social to do on any given night. We want it to appeal to a broad range of people.”

“Our goal this year is to get as many people to participate as possible,” Safris adds. “We want to challenge people of all ages and backgrounds to get off the couch, get out of their comfort zone and experience something new.”

June 20-26
For more information, or if you’re interested in hosting or creating an event for Art Week, go to artweekdesmoines.com or facebook.com/ArtWeekDesMoines.

As of press time, a few of the events planned for the week included:

A local collection showcases the grit, purpose and power of urban street art.

Step into Visionary Services’ office in the East Village, and you may think you’ve wandered into a contemporary art gallery instead of a website development firm. That’s because dozens of provocative works by such noted urban street artists as Keith Haring, Banksy, Shepard Fairey, FAILE, Swoon and D*Face line the walls, thanks to Visionary’s president, David Safris.

Urban street art emerged during the graffiti boom of the 1980s; today, it can refer to any artwork on buildings, bridges, walls or other public structures. Once a street artist gains a following, the work may find its way into production as a print, collage, sticker, stencil or other art form—and into the hands of collectors like Safris. Many of today’s top urban artists “successfully blend working on the street with working on art specifically intended for sale,” Safris explains. “It is a bit of a circle in some ways: For instance, Shepard Fairey did successful gallery shows, curated shows, created new works, and was also arrested for illegal graffiti—all in the same year.”

Because urban art is typically done with permission, it differs from graffiti vandalism, Safris notes: “While not all of the art has a social message, the transformative power of mixing art with an otherwise bland urban setting is very exciting.”

Safris started collecting urban art in the early 2000s, intrigued by the artists’ disruptive messages—and equally disruptive media. “In the buildings where the artwork is originally created, space and time are important components,” he says. “For instance, a dilapidated building itself has a social message. Urban artists make a statement with their work in that space and then move on.” For example, a well-known work by British graffiti artist Banksy depicts a stencil of a rat holding a sign that says, “Get Out While You Can.”

“A lot of the artwork expresses the frustrations, anger and alienation of those who feel disenfranchised and outside of the system,” Safris adds. “The subject matter often deals with social and political issues.”

Because of where and how urban street art is created, the artists can get their message to the public directly, instead of going through the gatekeepers at museums or galleries. In turn, the public “can essentially ‘vote’ on the work with their cameras, blogs and social media, commenting on it immediately,” Safris says. What’s more, once the artists decide to create or re-create their work using other media, they can market it directly to consumers, again bypassing traditional art channels.

In building his impressive collection, Safris says he “found what I liked and kept buying it.” He showcases the works at his home and in the office, often changing where and how they’re hung to keep the display fresh. “Early on, I decided to share the art with Visionary,” Safris says. “The company is full of creative people, and the works get seen and appreciated here.”

He’ll also share some of the art with the public at the “Urban Visionaries” exhibit at the Des Moines Social Club’s Viaduct Gallery June 22-26 as part of Art Week Des Moines (see story, page 136).

Over the years, many of Safris’ urban art purchases have proved to be savvy investments; a print he bought in in the early 2000s for $30 or $50 by a then-unknown Banksy or Fairey today can be worth tens of thousands of dollars. Currently, there’s a bubble in the urban art market, Safris says. Also, there’s no way to know whether urban street art will have staying power or will eventually wither, he adds: “In 10 years, where will the urban art market be? No one knows, but right now, it’s art of our day and of our time.” 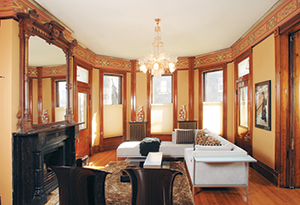 How an iconic neighborhood’s homes and architecture survived, revived and thrived.

Make a splash at the pool this summer with stylish swimwear.