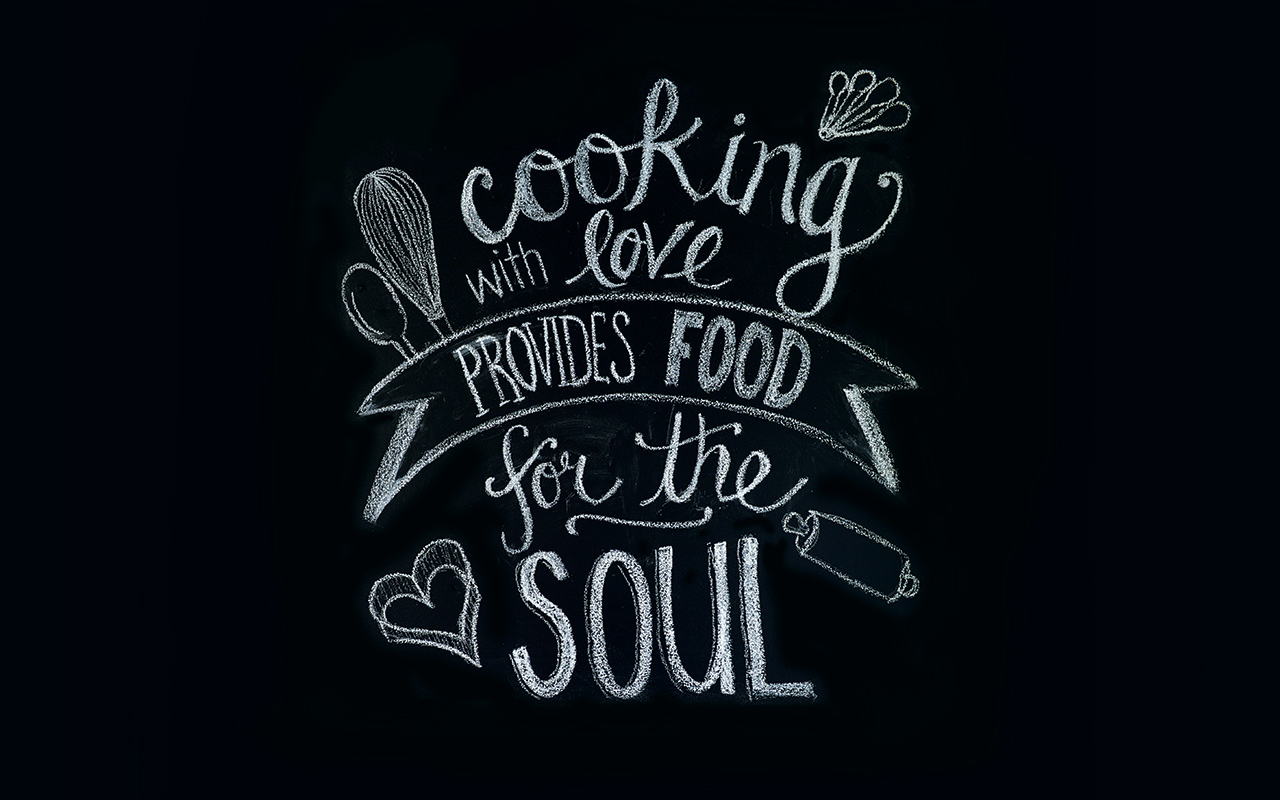 Bonita and Kevin Clark, owners of By Design in Clive, were living quite happily in a loft on Ingersoll Avenue when their daughter Brooke Brockman came across a house on Zillow. “She knew Momma was ready for a house again,” Bonita says. “I had been making noises about how I don’t like it when my kids come home and there’s no place for them to stay.”

The house Brockman spotted had been built in 1907 on land that was once part of the Terrace Hill estate. Harry Rawson of the esteemed architectural firm Proudfoot, Bird and Rawson designed it for his sister and brother-in-law, in a restrained version of the Shingle style. With its steeply pitched roof, asymmetrical facade, bands of triple windows, and cedar-shake cladding, the house brought a bit of Nantucket to Des Moines. Rawson made it even more distinctive by including what may have been the first attached garage in town—a year before Henry Ford released his affordable Model T.

When they toured the house, Bonnie says, “what sold me was the wonderful butler’s pantry. And the two fireplaces, the solarium, the French doors, the sleeping porch.” The third floor, with its steeply pitched ceilings, captured Kevin’s imagination.

Although the house showed the kind of wear you’d expect in a 110-year-old residence, it had had only four owners, the last remaining there for nearly 60 years. “They kept the house intact, which was its charm,” Bonita says. “It has wonderful bones.” Still, it needed considerable updating and repairs.

The Clarks, who have built or renovated several homes and stores, tackled much of the work themselves. Kevin “is a farm boy; he can do anything,” Bonita says. “He hates for me to say that, but it’s true.” About 22 years as co-owner with Bonita of Wood Stock Ltd., a wood furniture specialty store, also honed his woodworking and refinishing skills.

Even when Nate Taylor, their painter and handyman, took the lead in a task, Kevin was on hand, working alongside him. “I don’t do everything—no plumbing or electricity,” Kevin says. “But I’ve been involved with everything.”

The Clarks tackled the solarium first, to give themselves a refuge from the mess created during a renovation. New paint, flooring, windows, radiators and insulation turned the three-season porch into a year-round room for relaxing.

In the living room, dining room and foyer, the couple ripped out carpeting to reveal the original oak floors. “The rugs had been nailed at some point,” Kevin says, “so we had to fill in all the nail holes.” Then they shellacked and waxed the wood to preserve the reddish patina.

Acoustical-tile ceilings that Kevin thinks were added in the 1960s came down, and drywall went up. He laboriously mended all of the cracked plaster walls with a glue-like sealer that left them as smooth as new. Recessed lighting and a deep cove molding, better suited to the scale of the rooms than the original picture molding, brought the first-floor rooms up to date.

Previously swathed in bright green with an old linoleum and tar paper floor, the solarium now breathes a sigh of relief in cool grays and whites. New windows preserve the architectural style but are better insulated and have screens that roll out of sight when not needed.

Although the Clarks opted not to take the kitchen back to the studs, they replaced the cabinetry, flooring, wiring and plumbing. When they removed the bulkhead above a west-facing window, they discovered original transom windows and an industrial fan that had been installed later to exhaust smoke and cooking odors. “We were always finding things,” says Bonita. “It was like once a week we found something unexpected.”

With the transoms revealed, they eliminated a south-facing window in favor of more cabinets. A large radiator under the west window was replaced with more efficient, space-saving toe-kick heaters, which made room for a farm-style sink and under-counter cabinetry on that wall. On the adjacent wall, a 36-inch-wide Aga stove combines superior function with vintage charm. “It’s my pride and joy,” Bonita says. “I’ve always wanted an Aga.”

One of the original features the Clarks have preserved is the brass speaking tube that runs from the kitchen to the master bedroom. Activated from the bedroom, it was designed so the lady of the house could call down instructions to the maid. “It’s a funny thing, though,” Kevin says. “When I call down for some hot chocolate, all I hear are rude noises.”

The swinging door, wearing its original finish, leads from the dining room through the pantry to the kitchen. The wide-cased opening leading to the hall and stairs originally had a 42-inch-wide swinging door. Kevin found it in the coal room and plans to re-install it as a barn door.

On the third floor, the Clarks removed the wall that separated the maid’s room from the stair landing, creating a large, open office and reading room flooded with sunlight from the north and south. Under the sloping roofline on each side of the landing, there’s just enough space for a closet, reading nook and Kevin’s free weights.

The most notable transformation, however, involved a large closet off the maid’s room. Finished with particle board, it served mostly as a graveyard for bugs and a large tank for the original water system. The Clarks turned it into an elegant, spa-like bath with paneled walls, marble tile floors, a big soaker tub and a free-standing console for bath linens. They wisely kept the steeply pitched ceiling, giving the room a cozy, tucked-under-the-eaves feeling.

To finish the walls in the aerie, Kevin devised a faux-shiplap treatment. “I wanted a minimalist look, sort of Scandinavian,” he says. “I loved the wood, the white.” To create the effect, he had quarter-inch plywood ripped to 8-inch-wide strips and nailed them to the plaster walls, then painted everything white.

In previous homes, the Clarks have enjoyed bold colors, but here they’ve opted for shades of white and gray. “I’m loving the gray now,” Bonita says. “The calm of it. Gray is livable, it’s neutral. We thought it was soothing, and it goes with the outside of the house.”

Along with refinishing or refurbishing every surface, the couple has replaced 40 of the 89 windows in the house with energy-efficient versions, many from the Pella Architectural Series in a design similar to the originals. They also moved the laundry to the second floor, replaced the boiler and installed air conditioning for the second and third floors. So far, they’ve been able to rely on gravity to pull cool air down to the first floor and keep those areas comfortable.

“We’ve been here three years, and it feels like 30,” Bonita says at the end of a long day. There’s still a daunting list of projects, including overhauling two bathrooms and refreshing three bedrooms, but they’ve already achieved Bonita’s primary goal: having a house big enough for out-of-town family to come home to.

The maid’s area had no bathroom—the Clarks speculate that she would have used a small powder room near the kitchen. They converted the large, semi-finished closet-utility space adjacent to the maid’s room into a spa-like bath with a soaker tub and marble tile floors. The shiplap wall treatment continues onto the ceiling here, playing up the interesting angles of the eaves. 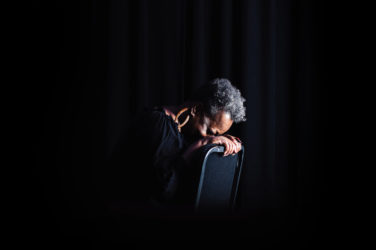 Des Moines photographer Jami Milne captured a range of emotions during a shoot ... 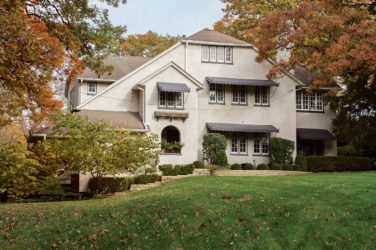 The House of Curiosities

Writer: Beth Eslinger Photographer: Duane Tinkey “It’s got to have a story if it’s ... 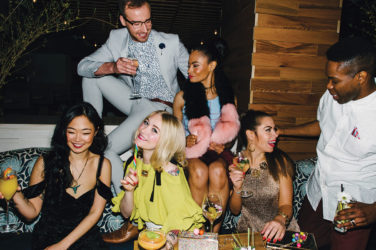 Well-tailored for a night out, you’re ready for wherever an after-party goes. Own it ...