Growing up in Le Grand, Iowa (population 938), Ron Wagner dreamed of being the next John Lennon or Steven Tyler, churning out chart-topping lyrics and crooning tunes for legions of screaming fans.

Things didn’t work out exactly the way he expected, but Wagner, now 54, is a star of a different sort, drawing characters and inking story lines for some of the world’s best-known comic books—Batman, Superman and G.I. Joe among them.

Drawing comics “was definitely not in the plan,” Wagner admits. “I was going be a rock ’n’ roll star. My dad worked at a power plant. He was an Iowa guy, and I was not at all what he expected. Rock star or comic book artist—so not what he was counting on.”

By all accounts, Wagner has far exceeded his father’s expectations. Over his more than 30 years in the business, he’s worked for comic giants such as Marvel Comics, DC Comics and Dark Horse. His drawings have appeared in countless comic books, video games and advertisements. His portraits decorate the walls of both homes and offices, and several large murals, all original art Wagner conceived and painted, help define the businesses they adorn.

Although he never achieved rock star status, “I found that being a comic book artist was the perfect amount of fame because you could go to a comic book convention and people would still want your autograph,” Wagner says. “You could still be ‘special’ but walk down the street and be a real person, too.”

Wagner says he’s been drawing for as long as he can remember. Even as a toddler, when paper and pencil were within reach, he’d lose himself among his drawings and sketches. He discovered comic books at a young age, too. When his grandmother took him and his two brothers to buy candy at the local drugstore, Wagner chose comic books over sugar.

By the time high school graduation neared, and with his rock ’n’ roll dreams waning, Wagner decided art school was the way to go. He chose The Kubert School, which specializes in a cartoon and graphic art curriculum.

Joe Kubert, a well-known artist for DC Comics, had inked some of Wagner’s favorite characters, including Sgt. Rock and Tarzan. In 1976, Kubert and his wife, Muriel, opened The Kubert School in Dover, N.J., with the idea that others could benefit from their experience in the profession.

“I was such a big fan of Joe Kubert when I was a kid,” Wagner says. “So when I found out he had an art school, that was it for me. I just knew I had to go.”

It didn’t take long for Wagner to get noticed. During his last year at The Kubert School, he got a job drawing backgrounds for “World’s Finest Comics,” a comic book featuring two of the most recognized superheroes in the DC Comics franchise: Superman and Batman.

Wagner says his “big break” came in the early 1980s when he started working for Marvel Comics. Still living and working in New Jersey, he was regularly drawing G.I. Joe, the Punisher, Ghost Rider and Daredevil. Eight years later, he made the move to DC Comics, where he continues to work today. 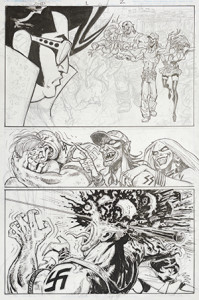 During his time at Marvel, Wagner developed a penchant for drawing darker characters. “They’re infinitely more interesting than the good guys,” he says, citing the Joker as a longtime favorite.

Marie Javins, Wagner’s editor at DC, says Wagner has the drive and style that have served the industry giant well for nearly 20 years. “Ron has been my go-to guy since the mid-’90s, across four companies from Los Angeles to Cairo,” Javins says. “He has a classical storytelling background, and I never have to chase him. Plus, he can do stuff for kids but also has a mean, edgy, more mature style.”

Despite his success with both Marvel and DC, Wagner admits there was a point in the late 1990s when he considered ditching comics for good. A two-year stint in
computer animation with Sinister Games in Chapel Hill, N.C.,
was the furthest he had ventured away from comic books in his entire career. He says the work just wasn’t for him.

“I’m not a gamer, so at the end of the day when everyone was like, ‘We’re going to stay here all night and play video games,’ I just didn’t jibe with that,” he says. “I enjoyed it and I learned a lot and then I moved on.”

That move, coincidentally, came after the death of his father, Noel Wagner, in 1999. At the time, Wagner decided Iowa was where he wanted to be so, in 2000, he leased space at the former Art316 building on Southwest Fifth Street downtown and went to work.

“It would make perfect sense to live in the middle of Manhattan and do what I do, but I live here,” he says of Des Moines. “This is home. I like the city, I like the people, I’ve loved the studio space. There was a world of opportunity here for me.”

Besides his professional life, Wagner’s personal life was shifting gears, too. At a dinner party hosted by a friend, he met his wife, Rachel Sivi. A Des Moines native, Sivi had also left Iowa but returned home in 2006 to help her father, Isak Sivi, with the family business, Vogue Vision.

“I’ve always been drawn to artistic people,” Sivi says. “I’m a creative person myself, and it was all that more exciting to meet Ron. When we met, I said, ‘There’s my person.’ He just gives off such good energy. He’s so positive and fun. There’s no one who’s met him who doesn’t like him.”

Sivi says while there are distinct differences in their professions, the relationship couldn’t be better. Part of that could be attributed to the couple’s living arrangement: They’ve adopted a social concept known as “living apart together,” or LAT. Although married, Wagner and Sivi maintain two different residences just blocks apart. Sivi says it’s a good fit for them, giving them the freedom and space each needs.

“Sometimes he’ll be up drawing until 1 or 2 in the morning and I have a business to run, so not living in the same space allows us to not have that interruption during the workweek,” Sivi says. “We might spend three or four nights apart, but the weekends we spend together.” 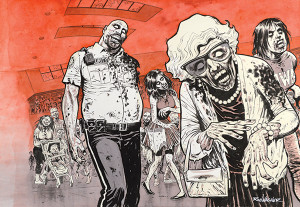 Although the two don’t have children together, Sivi says she has the privilege of being a step-parent to Nikki, Wagner’s 27-year-old daughter from a previous marriage, and a step-grandparent to his 8-year-old granddaughter, Kira. Wagner’s interaction with his granddaughter is a good representation of who he really is, Sivi says.

“It is really fun to watch them together. They definitely play out many creative endeavors,” she says. “He’s very kid-like anyway. He can be totally goofy.”

These days, Wagner doesn’t appear to be slowing down; he attends comic book conventions around the country and continues to work for DC Comics remotely. He’s also self-publishing an eight-page book featuring an Elvis-impersonating monster hunter named Sid, a character he developed one evening while teaching Comics 101 at the Des Moines Social Club.

“I was doing this demo for the class, and this story just popped out of my head,” he says. “It really speaks to the things that I enjoy, and I just took it from there. I’ve spent years making things for other people; I just figured it was time to make something of my own.”

In July, Wagner completed a mural for the Zombie Burger location in Jordan Creek Town Center in West Des Moines. His fourth art piece for the Zombie Burger franchise, the monster-sized work of art hangs on the corner of the busy food court and features various zombie shoppers and employees—young and old—lifelessly lurching toward hungry guests.

Paul Rottenberg, president of Orchestrate Hospitality and co-owner of Zombie Burger, sought out Wagner in 2011 to paint the original pieces for the popular East Village burger joint. It only made sense, then, that he would also do the mural for the Jordan Creek location, Rottenberg says.

“The murals are a huge thing,” says Rottenberg, a friend of Wagner’s. “People really love them. The reaction in West Des Moines … you can just stand there and watch people’s faces as they come in the door. The reactions are really substantial. That’s a talent to be able to capture the edge of the zombie apocalypse and still make it suitable to be in the entrance of the mall.”

Rottenberg says he and Wagner share a love of art and music. The two even formed a band, the Ironicals, a few years ago and played a handful of local gigs. While they don’t tour much these days, Wagner says they still get together occasionally to work out their inner rock stars. “I really just make them get together to play my songs,” he jokes.

So, now that he’s found success as an artist, would his dad approve of his career choice and renown?

“It was a lot of hard work getting here,” Wagner says of building his career in comic book art. “But there was no going back, no quitting, because there was no way I was going back to Iowa and tell my dad, ‘I can’t do this.’ I think he was super proud (when he died). It just blew his mind that I could make a living doing this.” 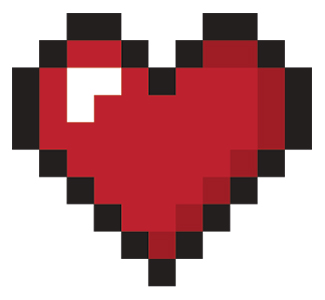 Please join us on Oct. 27, as we unveil the November/December issue of dsm magazine ... 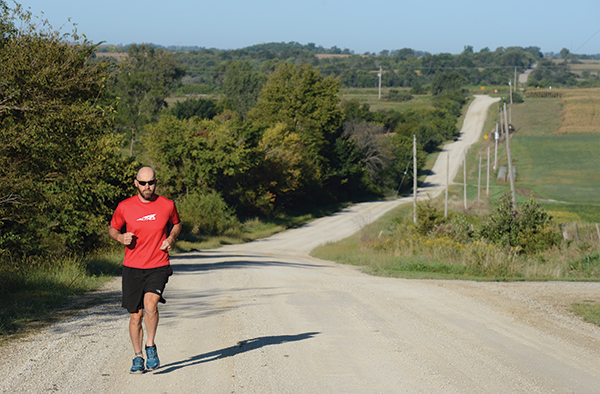 Man On The Run