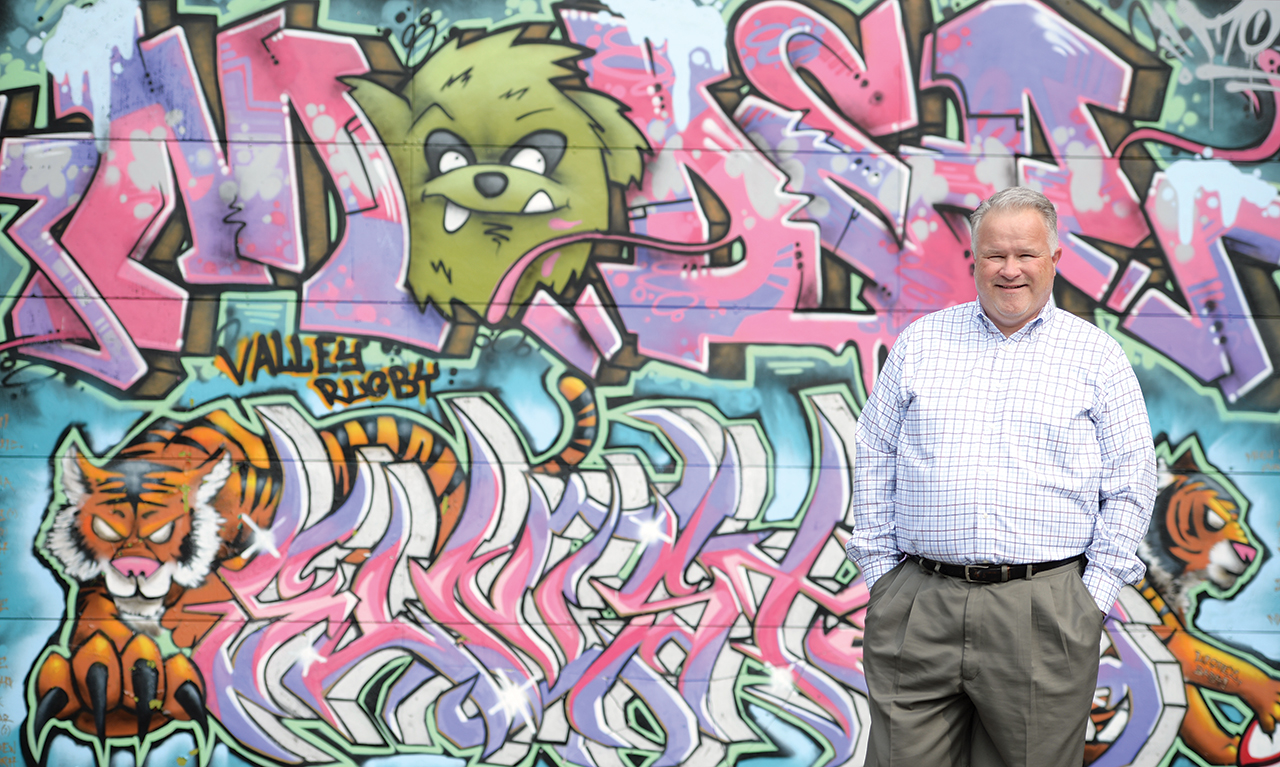 Above: It isn’t as obvious as the paint behind him, but Chuck Current is leaving his mark on the Des Moines Social Club.

Chuck Current sits at the end of the bar in the Basement at the Des Moines Social Club. He wears a light blue short-sleeve shirt, khaki shorts and a trace of silver scruff on his chin, giving him the look of a man on the second or third day of vacation.

He’s on the clock, actually—he is the Social Club’s executive director—but his style is more relaxed than it was during his suit-and-tie days as an executive at Principal,  Wells Fargo and, most recently, a bank in Maquoketa, where he grew up. At 57, his résumé lists all sorts of things about mortgage lending and insurance underwriting, but he now leads an organization that offers film screenings, cooking demonstrations and classes on something called American Tribal Style Belly Dance (both beginning and advanced).

The club’s board hired him 18 months ago to guide the organization from its daring but wobbly first decade into a more sustainable future, and by all accounts he is on the right track. He spent his first year meeting with community leaders to pump them for ideas to make the club more inclusive. He is patching up frayed relationships with donors and regularly shares budget reports with the board, a habit that wasn’t always part of the club’s routine.

The club finished both 2016 and 2017 with an operating deficit, but a recent update showed the club’s roughly $580,000 income outpaced expenses by about $30,000 in the first six months of 2018—right on pace with budget projections for the year.

Earlier, there was talk of launching a new capital campaign this fall, but after hiring an outside firm to conduct a feasibility study, Current and his team decided it could wait. First they want to reconnect with past donors and broaden the base of new ones.

Current “brings all this financial savvy to the job, but he’s not running the club as a bank. He’s running it as a financially savvy director of an arts organization,” says board member Maria Volante, an executive leadership coach with Dardis Communications.

She says the Social Club’s first two executive directors—creative visionary Zach Mannheimer and thoughtful organizer Pete De Kock—were both the right leaders during their respective tenures, but Current has found “the sweet spot” for this particular phase of the club’s evolution. He encourages bold programming but keeps an eye on the bottom line.

“When they first chose him, I was a little confused,” says Mannheimer, now a community planner with McClure Engineering. “But he’s one of the smartest individuals I’ve ever met. Once I met him, I knew almost instantly that he was a great choice.”

Sometimes the Social Club board pulls out a diagram with two sliding scales that divide the club’s events into quadrants. The first scale—let’s call it the X axis—plots profits and climbs from 0 (no expectations) to 10 (jackpot). The Y axis measures programming and ranges from 0 (traditional) to 10 (experimental). Ideally, board members say, the club should offer a mix of programs in each quadrant. The calendar should have room for both an old-school jazz concert, say, and the kind of wackadoodle stuff that Bill Hader’s tweaky Stefon used to promote on “Saturday Night Live.” (“This club has everything: lights, psychos, Furbies, screaming babies in Mozart wigs …”)

The trick, of course, is finding the right balance. The club’s attendance has fallen over the past few years—from almost 260,000 in 2015 to 243,650 in 2017—and Current expects the numbers in the 2018 guest book will be the same or slightly lower. But he’s OK with that. He says he is more interested in offering the right mix of programming—right for the community, right for artists, right for the budget and the space—than in simply cramming a bunch of activities under one roof.

“When you’re trying to do programming that’s untested and also trying to reach the masses, it’s very easy to compromise the programming,” Mannheimer says. “The Social Club is constantly fighting that. It’s just the nature of the beast.”

But Mannheimer appreciates how well Current is taming that beast. “He’s sticking with the Social Club’s original mission to do cutting-edge art while bringing together different types of audiences,” he says. “That’s the real goal.”

If you talk to Current—in the Basement bar at the old firehouse or up in his corner office, which once belonged to the fire chiefs—it won’t take you long to realize how passionately he believes in the club’s mission to welcome everybody. It’s sort of a radical hospitality.

In his hometown, a group called the Maquoketa Art Experience runs a gallery and hosts various events, which Current attended both as president of the Maquoketa Betterment Corp. and as just a guy who likes art. “One of the things I realized,” he says, “was what a great economic driver arts and culture can be—and really, a great equalizer. Even in a town of 6,000, there are haves and have-nots.
So when we had artist receptions, it was often the artist’s first time to meet doctors and lawyers and dentists as peers instead of service providers. What a neat opportunity for a discussion.”

A visitor strolls through a Social Club gallery featuring an exhibit of thoughtful work by Los Angeles artist John Schlue, an Iowa native.

A Place for All

Here in Des Moines, Current and his staff are pushing the Social Club beyond its reputation as a place “just for hip young professionals,” he says. “We’re working very hard to create a welcoming space for all of Des Moines.”

To do that, the staff is constantly on the lookout for what Current calls “micro-inequities,” the little barriers an organization sets up often without realizing it. The team that runs the weekly trivia games, for example, started printing the questions on cards for folks who couldn’t clearly hear the emcee. UnityPoint Health funded some hefty new speakers in the dance-studio floor, so hearing-impaired participants can feel the music through their feet.

Current also is reaching out to underrepresented groups around town. This summer the club hosted Pyramid Theatre co-founder Ken-Matt Martin as an artist-in-residence to lead a community seminar about diversity, equity and inclusion. Last February, the club and Iowa Stage Theatre co-presented a one-act play called “#MeToo, Time’s Up Des Moines.”

In addition, the club and the Iowa DREAM Coalition hosted a spoken-word event where Central Iowans who were tangled up in the DACA program—Deferred Action on Childhood Arrivals—could share their stories.

“I was bawling. Everybody was bawling,” Current recalls. “It’s hard for someone to sit there and say, ‘You don’t belong here.’ It humanizes the issue and allows people to learn through the process.”

The Social Club, he adds, “is called to provide a welcoming and safe environment for tough community discussions, and we can do that through art. Art allows people to take off their armor.”

When the club wanted to book a Cuban singer known as La Dame Blanche a few days before the Latino Heritage Festival in September, Current first called the festival director, Joe Gonzalez, to avoid stealing any thunder. They agreed to bill the concert as a pre-festival event, so what could have been a blunder turned into a partnership. The club is now working with the festival team to host events throughout the year.

“Connecting folks is what he wants to do,” Gonzalez says of Current. “He has a passion for it.”

But Gonzalez encourages patience. Minority groups around town have seen plenty of diversity campaigns come and go. “If an organization hasn’t really promoted diversity in the past, there will be a lot of skeptics,” he says. “It takes time. You have to do it in steps.”

Many of Current’s steps at the club are internal. When staff jobs open up—as they often do with a young team—he spreads the word beyond the usual online sites to ensure that at least one minority candidate lands in every pool of finalists. He makes sure the internships are paid in order to attract candidates who can’t coast on their parents’ financial support. He has also contacted minority communities to recruit diverse additions to the board, including local DREAMer Kenia Calderon.

“He’s very passionate about the Des Moines Social Club’s mission,” says retired Wells Fargo Home
Mortgage co-president Cara Heiden, who helped lead the club’s capital campaign to move into the firehouse. “That comes through whenever he’s in front of donors or community groups.”

Others have praised Current’s passion, too, as well as his business sense and administrative skills. But without prompting, more than one person who chimed in for this article also mentioned his bedrock kindness.

Board member Volante talked about Current’s efforts to reach out to the Central Iowa Shelter and Services facility a few blocks west of the Social Club. Current wants to develop an out-of-the-box partnership that might lift up some homeless folks, Volante says, because he cares about them as much as he cares about the kids who come to the club for art classes or the music fans who come to hear jazz.

“He really cares about the human aspect of all of that,” she says. “We have a really good person, a really good soul, back in Des Moines.” 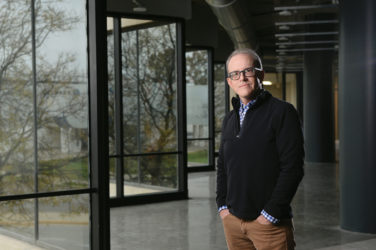 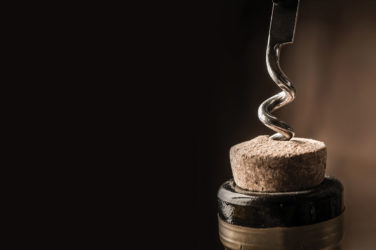 It adds up to even more fun at the 15th Winefest Des Moines.