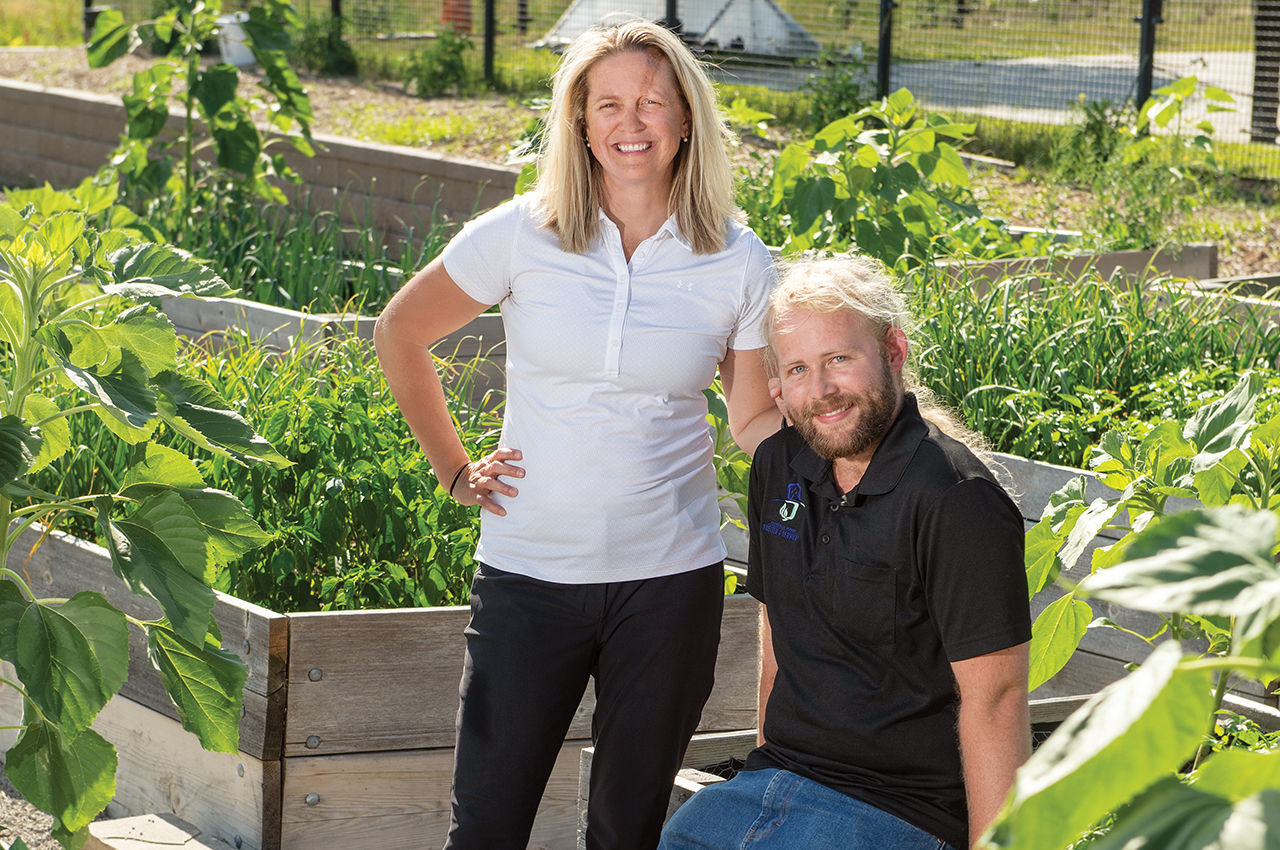 Melissa O’Neil and Aaron Thormodsen of Central Iowa Shelter & Services are working to expand the organization’s capacity to feed both CISS clients as well as anyone in the community who is experiencing food insecurity.

Having grown up in West Branch, Melissa O’Neil is very familiar with the farming adage, “You can’t grow land.” This was on her mind in the winter of 2017, her second year as CEO of Central Iowa Shelter & Services, when there were 234 individuals in need of shelter and only 150 emergency shelter beds at CISS. Without the capacity to help all who needed shelter, she discovered 40 people sleeping in tents in the 4-acre water retention basin adjacent to the CISS shelter, exposed to the frigid Iowa temperatures.

Also plaguing her was the fact that despite CISS adding its Mulberry Farms and Food Greenhouse in 2012 to grow food to feed clients and other food-insecure community members, the organization was spending $40,000 to $50,000 a year to purchase additional food. O’Neil knew she needed to get more people sheltered and fed and couldn’t shake the feeling that she was missing something.

“I was asking myself, ‘What are we doing? This is not working,’” she says.

She had hundreds of people in need of shelter, food and jobs. She was surrounded by a community and neighbors she knew wanted to help. And she was looking at land containing Iowa soil, some of the best in the country, yet right now it just held tents.

She was juggling puzzle pieces she didn’t know how to connect.

So O’Neil engaged Shyft Collective, a real estate design firm neighboring CISS, for a strategic planning process. The first step was gathering input on community needs from several neighborhood stakeholders, including CISS clients, staff and volunteers, small business, corporations, health care providers, and local and state government. Through surveys and focus groups, they asked what the most critical elements were for a thriving neighborhood.

“Their response,” she says, “was that we need to create a food-secure community.” Shyft ultimately created a multiphase, multiyear urban development project for the 9 acres surrounding CISS, including additional supportive housing, parks, commercial and retail space, and an agrihood.

Next, O’Neil enlisted the help of the community to start making changes. The city of Des Moines sold CISS the 4-acre water basin land for $1,000. CISS then installed “floating garden beds,” which rise and lower with water levels, protecting food from future floods.

A 2020 fundraising campaign, kicked off by a $50,000 donation and $75,000 in matching funds from Don Schoen and his family, contributed to the $200,000 needed to replace the old greenhouse with a 3,200-square-foot structure. The greenhouse has increased production to 1,200 pounds of food per year, saving more than $40,000 in food costs for the organization. They are also able to use this food to support DMARC and regional food banks.

In 2021, Aaron Thormodsen, who was a hydroponics researcher and teacher, joined CISS as urban farm manager. By incorporating his expertise in hydroponics—the science of growing plants in nutrient-rich water without soil—the greenhouse now harvests food year-round.

“Hydroponics has a lot of advantages. Depending on the style you use, it can be 90-99% more waterefficient,” Thormodsen says. In a controlled indoor environment, not dependent on weather or soil quality, plants grow faster, larger and more effectively. “It’s also more sanitary—you have more control over how clean the food is.”

Under Thormodsen’s supervision, Mulberry Farms employees consist of mostly of CISS shelter residents, who also receive training in the growing field of hydroponics.

Next, CISS will install a HydroCycle Aquaponics System, which Thormodsen says “is like an organic version of hydroponics. While hydroponics uses fertilizer, aquaponics uses fish waste as fertilizer.” Tilapia fingerlings are brought up to market weight, and in the process, the fish waste is used as fertilizer for plants, and the plants purify the water. The result is pesticide-free vegetables and protein to feed the community. He projects the new system will increase food production to more than 10,000 pounds per year.

O’Neil and Thormodsen are excited about the future of their growing urban agrihood and envision a future where anyone who is hungry can get food for free. O’Neil says this has been a labor of love by the surrounding community.

“Everyone really came together and said, ‘How do we support this neighborhood?’ It was more of the forward thinking by those neighborhood partners,” she says. “Sometimes I feel like I just get to ride their coattails.”

Iowa Stops Hunger is an ongoing Business Publications Corp. initiative to raise awareness of food insecurity in Iowa and inspire action to combat it. 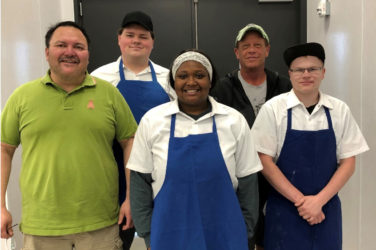 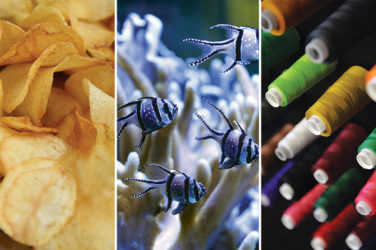 F’s aren’t bad at Central Campus when they refer to food, fish and fashion. 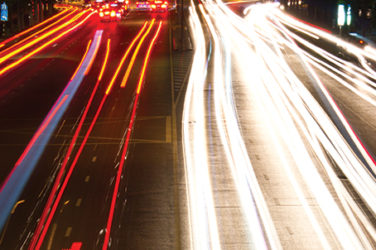 Mixers, Miners and a Rider

Reconstruction slated for the east mixmaster and Rider Corner got us wondering why they ...